If you’re a “Boomer,” you will remember the Mary Tyler Moore show from the 1970s. Mary Tyler Moore portrayed Mary Richards, an attractive single woman in her mid-30s living in Minneapolis in an apartment without roommates. She is straight, but kind of timid sexually. She dates, but nothing serious. She is an associate producer at TV station WJM.

Now, let’s suppose… One night, after three glasses of wine with dinner, her inhibitions weakened, she gets seduced by her date. She misses her period. A few weeks later, a positive pregnancy test. Now what?

Remember, this was a one-night stand. The father had zero interest in marrying her or supporting her and the baby. In fact, after getting the news of the pregnancy, he left town for a new job in LA, faster than a lion chasing its pray in the savanna. He was never heard from again.

1)  Go to term with this baby. Endure the challenge of being pregnant at work, unmarried, in the mid-70s. After the baby is born, she quits her job to become a full-time mother. She runs out of savings in six months and goes on welfare. She moves to a cheaper apartment in a poor neighborhood. Her friends at the TV station stop visiting. Even her dear friend and neighbor, Rhoda, stops coming by the see her. She is all alone with a colicky, screaming 18-month old baby. She gets a minimum-wage job at a local supermarket. Paying for childcare eats up half of her paycheck. She is no longer the happy, perky Mary Richards portrayed on the TV show.

2) Go to term with this baby, then put it up for adoption. In the process, she gets humiliated at work. She is seen as sexually promiscuous and a horrible person by her friends for not marrying the father and giving up her baby.

3) Have an abortion. The MTM show ran from 1970 – 1977. In 1973, the Roe v. Wade decision made abortion legal nationwide, including in Minneapolis. Assuming this one- night stand happened in 1974, a legal abortion would have been an option.

So, in this fictional story, Mary learns she is pregnant at six weeks. Her gynecologist helps her schedule a D&C (an abortion), and her pregnancy is terminated a week later.

So, how did she make this tough decision? 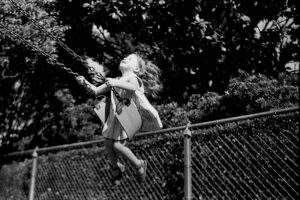 One night, in her apartment, Mary shared her struggles with Rhoda. It was a difficult decision to end the human life growing inside her. She wondered aloud with Rhoda, “Was it a boy or a girl? Would the baby look like me? What kind of childhood would it have? What kind of adult would it grow up to be? Would he or she marry and have children? Would I someday become a grandmother?”

For if dreams die

Life is a broken-winged bird

The dam broke.  Mary burst into tears. Sobbing heavily she buried her head on Rhoda’s shoulder.

Through her tears, with snot running down, she said to Rhoda, “This is the worst day of my life. Why did I sleep with that son-of-a-bitch? Now I have this soul-wrenching decision to make. I want a baby… but not now. My career and my future mean too much.”

At that point Mary did something that shocked them both. She looked down at her belly, placed her hands just below her navel,  and said in a soft whisper, “Good-bye little one. I would have loved you, but right now as a ‘broken-winged bird,’ I could not have mothered you like you need.’

Mary had made the toughest decision of her life, thanks to Rhoda and Langston Hughes. For the rest of her days, she carried regret about ending her pregnancy, but also realized, without doubt, it was the right thing to do.

Mary’s colleagues at work never even knew that she was pregnant.

Six months after this happened, Lou Grant moved on to a better job at a different TV station. Mary was promoted to producer. The station continued to improve its ratings. Mary’s success was noticed by the high-ups, including the CEO. Three years later, Mary became the station’s general manager. She won accolades and several awards from the Minnesota Broadcasters Association for bringing her station to #1 in the Minneapolis metropolitan area.

This award was largely due to the new programming at the station under Mary’s guidance: educational children’s programs and documentaries about the lives of people whose dreams had been realized through public education. This was one of Mary’s life-long goals.

At 48, Mary met and married a local civil rights attorney. Their marriage was very successful. Two years later they adopted two children who grew into happy, successful young adults. Thus Mary was able to be a mother – when the time was right – and to realize her career objectives. 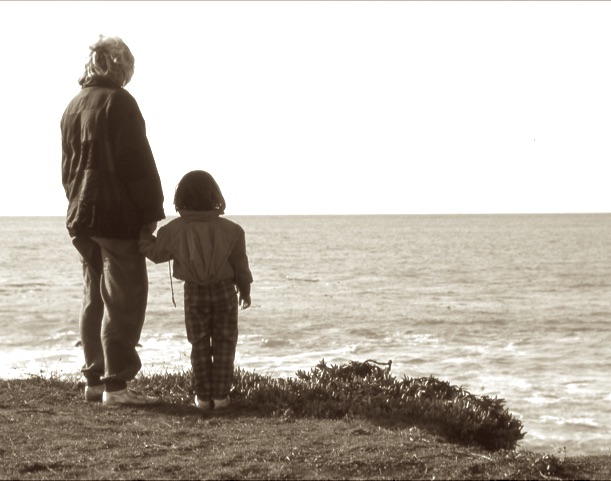 She always felt regret about the abortion, but was clear it was the right decision. She succeeded in realizing her dreams while making significant contributions to the community because she was not hamstrung with a child too early in her life.

Although a simple and safe medical procedure, abortion is, most of the time,  an emotional nightmare for the mother. It will stay with her for life. She will often wonder “what if?” Yet, all these questions pale in comparison to the freedom of choice the mother has if she remains childless.

Mary’s story is why I am enthusiastically “pro-life,” pro-life of the mother! I am NOT pro-abortion. I don’t know anyone who is. I regret the death of the fetus – but that unformed human life matters little to me, compared to the possible future of the mother.*

*P.S. And, you may have noticed, there are plenty of babies in the world already.

You think you work hard. Check out these bees. So laden with pollen, they have trouble taking flight.

One thought on “Abortion and Bees”