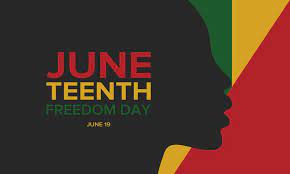 Last week President Biden signed into law a new national holiday: Juneteenth.  It commemorates the end of slavery in the United States. Great idea. It has been a long time coming. But I’m confused. At the same time, we are making it harder for poor and people of color to vote. The For the People Act (HR 1) will likely not to get through the Senate. Meanwhile, more and more states are passing voter suppression laws.

So, while acknowledging our country’s “original sin” of slavery, we take away the essence of democracy – the right to vote – from millions of Americans. WTF ?

Maybe it is time to make voting a federal activity: universal voter qualifications, voting machines, vote counting technology, time off work to vote, etc. Love to know what you think.

6 thoughts on “Juneteenth and Voter Suppression”