Ever arrive to an east coast airport from Europe? On the way into town you pass homeless encampments, graffiti everywhere, trashed low-cost housing buildings and young men aimlessly hanging around on street corners. What a mess. You’d think our country has no pride. Yep. But, we have over 600 billionaires.

We don’t want to tax ourselves to build and maintain a successful country where we take care of each other. That would be the dreaded socialism. You know, education, healthcare, infrastructure, housing, etc. Conservatives believe that such spending is criminal.

The progressive hits keep coming from the Biden Administration, and the latest is the $1.8 trillion American Families Plan introduced in the broad strokes on Wednesday. It’s more accurate to call  this the plan to make the middle-class dependent on government from cradle to grave. The government will tell you sometime later, after you’re hooked to the state , how it will force you to pay for it

This is dog whistle for: every man for himself / big gubment trying to steal my money / if you can’t care for yourself, that is sure as hell not my problem / you are on your own – that is the American way. 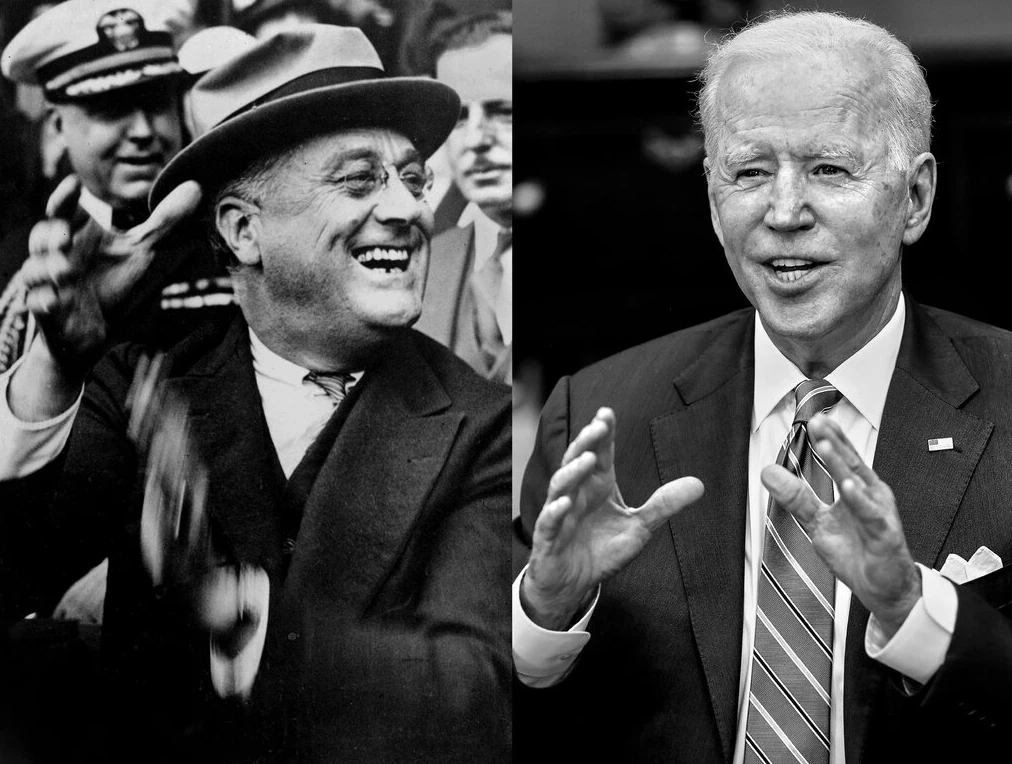 Trillions to secure America’s future strikes me as a good idea. Trillions lost to failure does not.

We always hear about people not voting in their own self-interest. Funny, the 1% can’t seem to understand why having a thriving middle class and ridding us of poverty might be in their self-interest. Hey 1%ers (and Mitch McConnell), you might want to remember the French, Russian and American revolutions.

For the first time in decades, I’m starting to feel a twinge of optimism.

2 thoughts on “Biden The New FDR?”