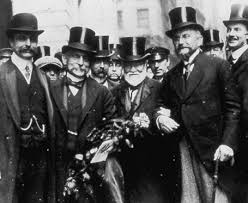 Trump’s base, Christian wingnuts, marauding fascists (Charlottesville), and the uber-wealthy who design and control  how our society works (think Koch Brothers) are “over the moon” about how things are going. It all is coming together faster than they had even hoped for.

• Finally, we are going to deny sex education and  birth control to the lower classes. This results in more pregnancy among the teenagers. Good for future cannon fodder and workforce.

• As we roll back Roe v. Wade, more and more children under 15 will become mothers. They will need to drop out of school.

• The end of free public education as “school choice” undercuts education for the poor. Hooray for Betsy DeVos. No more property tax to support education.

• The electoral college, gerrymandering, and closing of voting stations in poor areas make it harder, if not impossible, for the young, the poor, and non-whites to have a voice in our democracy.

• The Citizens United decision by the Supreme Court allows the super-wealthy to control our elections through their PACs (Political Action Committees). Why would we want the poor and uneducated to vote? They have no idea what we need.

• The Constitution specifies that elections shall be handled by the states.  This allows red states to make sure voting is almost impossible for the young, the poor, and non-whiles, just like our founding fathers intended it.

• The owner classes can do whatever they please to their workers after they busted the unions. Message to workers: like it or lump it.

• With far-right support, the NRA is working to make sure there are zero restrictions on our access to unlimited firepower.

• The best solution for global warming is to make sure the 99% are too poor to afford cars. Corporate jets, though, are not a problem.

• Fortunately, the courts are about to completely overturn the Affordable Care Act (Obamacare). This will throw millions out on the street to die alone. It’s their own goddamned fault. They should have planned better so they’d have enough money for healthcare. Why should taxpayers support these losers?

• This is a bonanza for our precious healthcare insurance companies. They can continue to make huge profits off our illnesses. As it should be! You pay outrageously high insurance premiums and when you get sick, they don’t pay. It is called capitalism. It is what made this country great!

• Our president invited brown-skinned members of Congress to go back to where they came from – you know, the “shit hole” countries. There! He said it out loud.

• With hard work by highly-paid Ivy League attorneys, tax loopholes help to make the 1% richer and richer. Today, the 400 richest people own as much wealth as the bottom 65%, or 204 million people. As Leona Helmsley, New York real estate mogul and close friend of Donald Trump said: “We don’t pay taxes. Taxes are for the little people.”

What a country! This is a great period in our history for  white, male, wealthy citizens. It is about time we “Make America White Again.” With wealth concentrated in the hands of the top one tenth of one percent, how can we go wrong? Everyone else can work for them at slave wages, the way it has been throughout world history, save for the past 200 hundred years.

By force and violence, we Europeans took this country away from the people who lived here for tens of thousands of years. We then built it on the backs of enslaved brown-skinned people. Now it is time for the white people to enjoy the fruits of all this labor by others.

Imagine the joy of having a huge population of uneducated, enslaved peasants. If you were the “Lord of the Manor” in the Middle Ages, your lifestyle was supported by the peasants and serfs who tended your land. This democracy crap was a big mistake. Finally, we are getting back to the way things should be. The 99% will slave away to support the noblemen and kings living in the castle (today’s gated communities guarded by private police and the military).