What happens when a fire-breathing atheist walks into an Episcopalian church?

I wondered how they would respond. Could they tell? Was there a big ‘A’ on my forehead? Would I be kicked out? Turns out, those Christians couldn’t have been friendlier.

It was Christmas Eve and Mary and I were hanging out in Carmel Valley to get away from the hubbub. Strangely, I had a hankering to hear Christmas carols. We looked in the local directory and found a church nearby. They had just what I’d hoped for, a huge pipe organ and a 25 voice choir. The music was hard-core Christmas, with “Silent Night,”  “Oh Little Town of Bethlehem,” “Hark the Harold Angels Sing,” etc.

We sat in the back and tried to look inconspicuous. What struck me is how warm the congregants were to each other. Clearly, they knew and cared about each other and their families. Though mostly an older crowd, there were plenty of children and some infants in arms. As long as the singing continued, it was great. When the minister began the sermon, we bolted for the door.

It is said that there are the three ‘Bs’ of church membership: belonging, behavior, and belief. The only ‘B’ that connects for me is belonging. I miss having a group to be part of and share my life with, especially now that I’m retired from PowerSpeaking. So, I walked out the door of that church into the existential loneliness of my life without religion, without Jesus, without God and into an eternity of darkness. Ha, ha. (Pretty dramatic, huh?)

Thank you for not stoning me, you friendly Episcopalians. Maybe I’ll be back next year for more Christmas music. 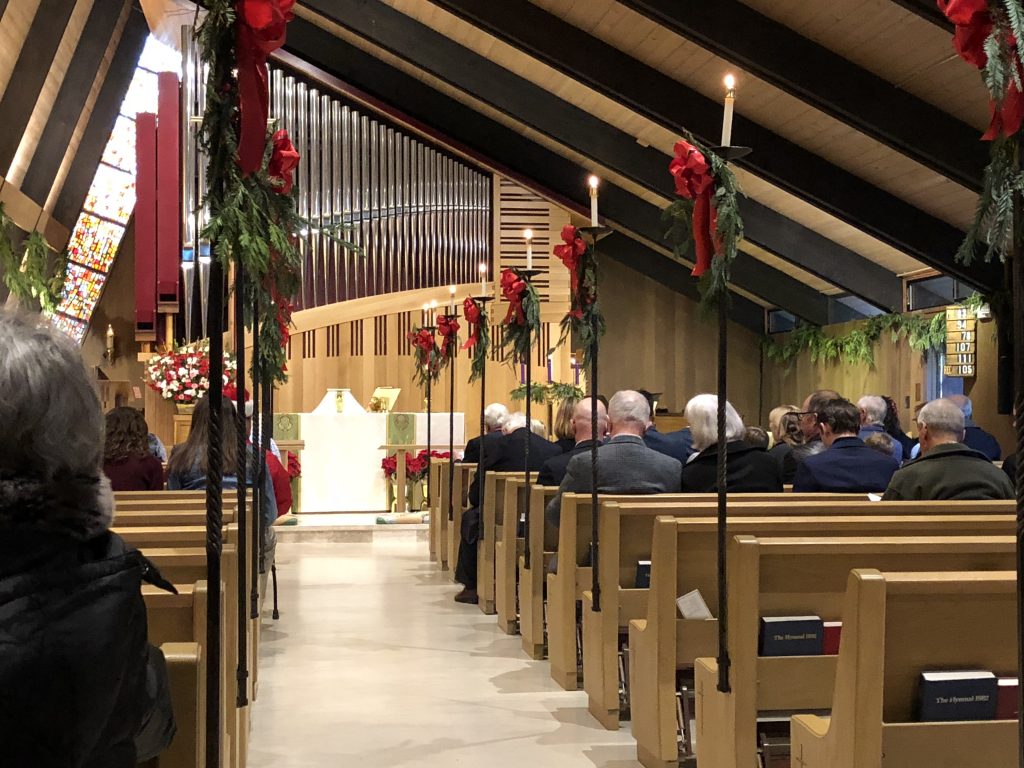 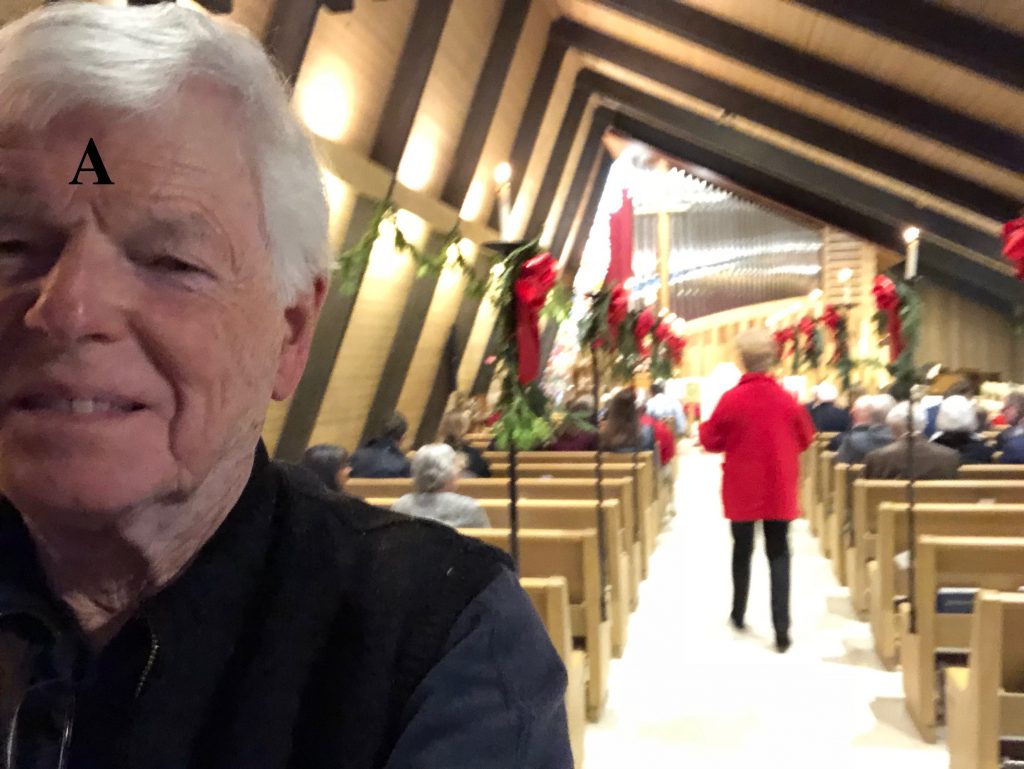 7 thoughts on “An Atheist Goes to Church”