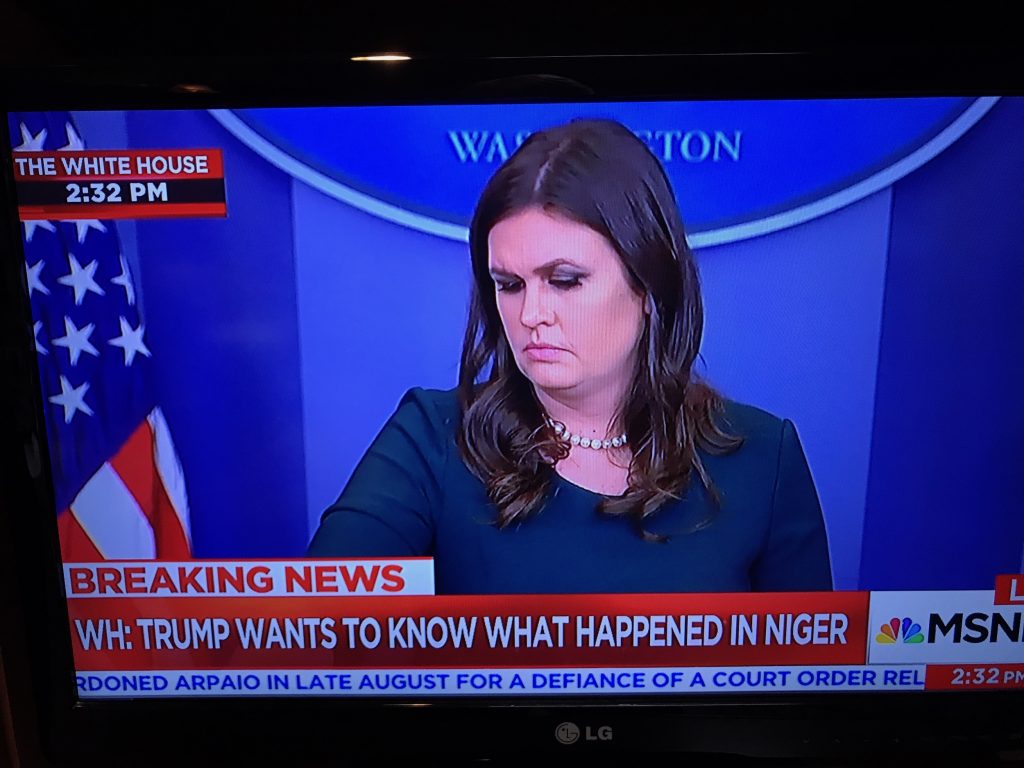 The current White House Press Secretary, Sarah Huckabee Sanders, may be stronger than Sean Spicer in dealing with the chaos of a press briefing, but she exemplifies how NOT to create rapport. If you are a leader, perhaps a CEO, or elected official who must deal with contentious Q&A sessions, watch Sanders’ briefings to learn how NOT to do it.

• Pouty face. Corners of mouth turned down (just like her boss).

• When a reporter asks a question, she looks down at her notes dismissively.

• Face is always stern looking. No lightness or humor.

• Answers are usually crisp, short, with a frustrated tone, “As I said yesterday…”

While press briefings can be combative in tone, the press secretary’s manner can help to create a more open and transparent communication  between the White House and the press, and by extension, the American public.  Leaders take heed. This is not the way to create the trust and support you need.