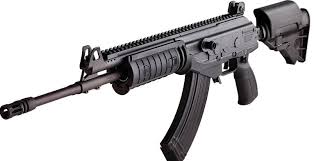 I’m sure you agree with me that we should own as much firepower and ammo as we can afford. You never know when you’ll get the urge to mow down a bunch of kindergarteners, or gays at a nightclub, or people in a movie theater, or people watching a C&W concert. Our God-given Constitution and Bill of Rights give me my cherished freedom to kill as many people as I want to, or the voices in my head tell me to. Thank God for the National Rifle Association (NRA) and its tireless work protecting my freedoms.

At a time like this, my  “thoughts and prayers” go out to the NRA. After this recent mass shooting, the liberal, left-wing Commie, fake-news press is going to start haranguing the poor NRA. The NRA is just doing The Lord’s Work: supporting our Second Amendment rights to “keep and bear arms.” They are SO right when they say, “guns don’t kill people, people kill people.” The NRA is doing such good work to make sure we can get any kind of weapon we want – with no restrictions. If I am a paranoid schizophrenic hearing voices telling me to kill people, no problem. I was so thrilled to hear Don Turner, president of the Nevada NRA affiliate say, “It is perfectly legal in Nevada to own assault rifles. The only restriction on magazine capacity is how strong you are.” Amen, Don Turner. My thoughts and prayers go out to you. Those “big gubment” bureaucrats in Washington, D.C. who want to restrict our rights to own as many guns as possible are just flat out un-American.

Fortunately, our sacred NRA has so much money and power they can tell the Republican politicians what to do. So when you see TV programs about the killings in Las Vegas, no one will dare mention gun control or the NRA because we buy the politicians who make the rules. Please send your thoughts and prayers to the NRA. They are keeping us free to kill each other in larger and larger numbers.

7 thoughts on “Las Vegas and the NRA”