You may have seen me recently as a policy expert on MSNBC on the Rachel Maddow show, or on CNN with Anderson Cooper. In case you missed those shows, let me fill you in. 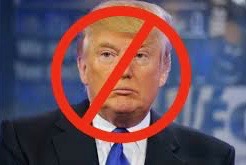 As a conspiracy theory nut, I am always looking for the backstory. What is REALLY going on that we aren’t being told? They say the Russian connection is about Trump’s real estate holdings. Doubtful.

What it IS about:

Warming relations between the two countries will allow ExxonMobil to partner with Russian oil interests to begin drilling in the Arctic oil fields recently made more accessible by global warming. That is worth hundreds of billions of dollars.

Putin agrees to release hacked emails from the DNC, helping to elect Trump, in exchange for Trump turning a blind eye as Russia again marches into Crimea and the Ukraine.

If the special prosecutor can prove these two things, Trump is gone. Boom. Done.

On another front, the State Department’s career diplomats and ambassadors around the world are trying to put their fingers in the dikes of this progressively leaking administration. Other countries are asking: “What the hell is going on? Can we even count on you anymore?” Meanwhile, at home, the Republican donor class (think Koch Bros), is getting very upset by all the unrelenting chaos in this administration. They are demanding changes.

On a lighter note, a recent David Brooks column in the NYT titled “When the World is Led by a Child” suggested that, like a child, Trump can’t sit still, can’t stay focused, and can’t understand what others are thinking. A letter to the editor last week criticized Brooks saying that most first graders have mastered these skills, and it is an insult to children to make such a comparison.

Finally, the bigger problem is that Trump reflects the anger and worldview of millions of Americans. If he is forced out, there will be hell to pay. In addition to that, we would be left with Mike Pence who is such a religious, gay-hating, anti-choice, nut case that he won’t eat alone with any woman who is not his wife. Wonder why? Maybe the devil will make him jump over the table and rape her.

You know things have gone completely haywire when, if we must have a Republican president, I find myself yearning for Mitt Romney. 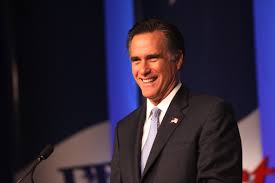