It all started with Galileo. Somehow if the earth rotates around the sun, that is an attack on religion. And thus one of the first scientists started the war between science and religion. Now, five hundred years later, genetics demolishes the very foundations of Christianity. 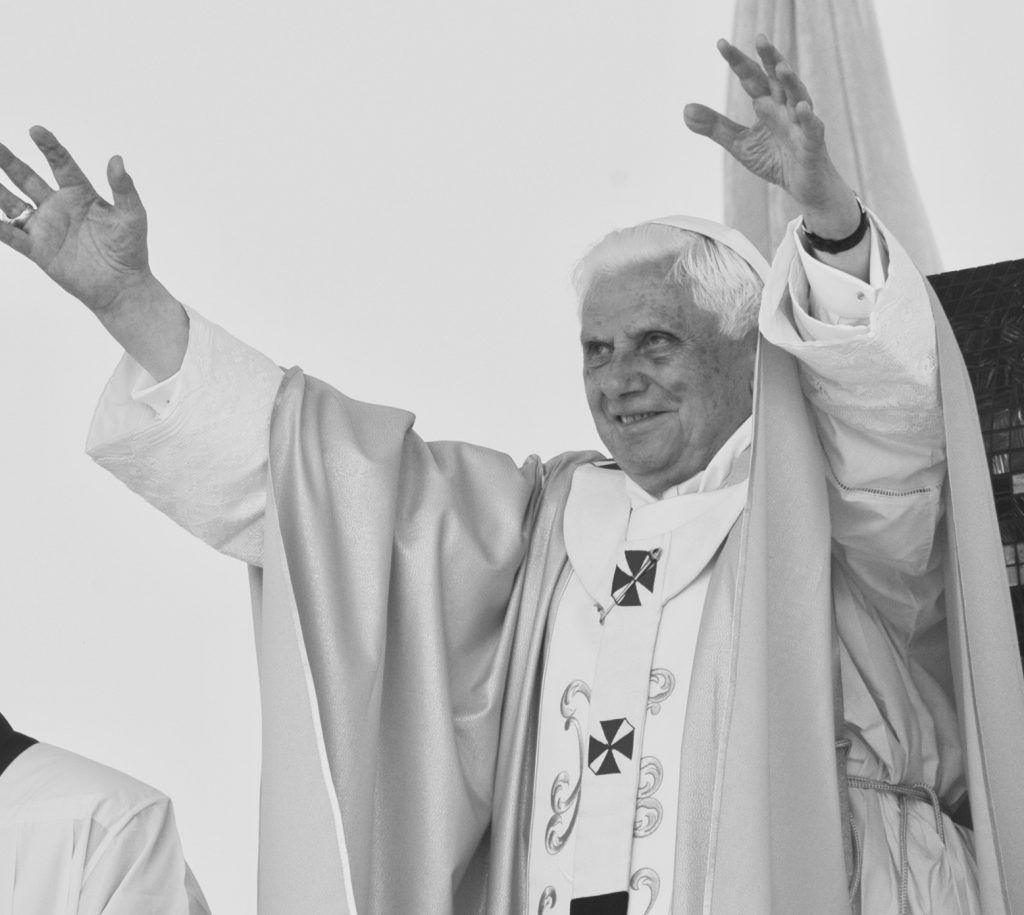 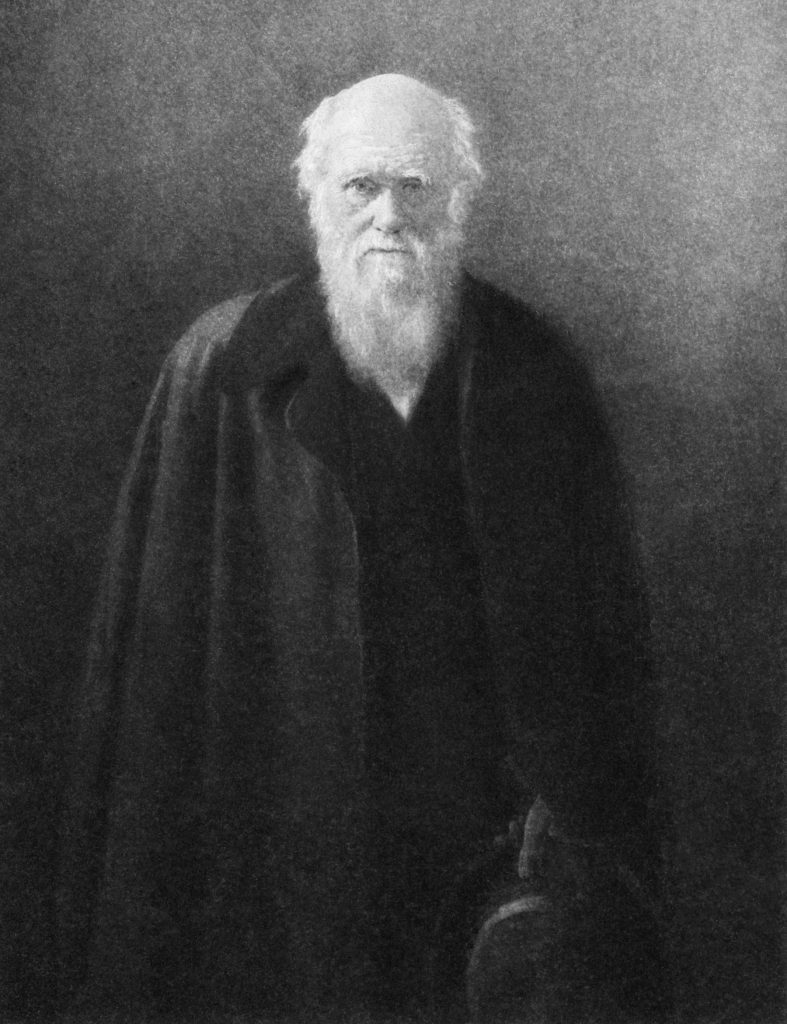 In a terrific book, Faith vs. Fact: Why Science and Religion are Incompatible (Penguin Books, 2015), Jerry Coyne, a geneticist, puts the final nail in the Christianity coffin. Research on the human genome proves that our genetic code goes back millions of years and includes a wide range of different ancestors. This knocks out the idea of one source of our genetic material, Adam and Eve.

Now it gets interesting. Without the “first couple,” there is no original sin. Adam and Eve were not real. The Garden of Eden was not real. There was no apple.  Original sin never happened, which is the whole reason Jesus came, say the “believers.” He was crucified for our sins, so the story goes. But, if there was no garden, no Eve, no apple, and no original sin, then no reason for Jesus. In one fell swoop, genetics takes out the whole conceptual superstructure of Christianity, poof. Nevermind the absurdity of the virgin birth and the resurrection.

Additionally, there are numerous YouTube videos and other websites claiming that Jesus never existed. It is all just a story made up in Rome around 250 to placate the out-of-control Roman subjects in the Middle East. One scholar notes that of the six major history books about the area around Israel written by Greek and Roman historians at that time, there is zero mention of Jesus Christ.

The march of science for the past 500 years, and especially the last century, has made the tenants of Christianity and the bible harder for people to believe in. Science has answered questions our ancestors had no way of knowing. They made up stories to explain the mysteries around them. Understandable, and no longer necessary.

Noah’s Ark, the Exodus, Jonah in the belly of the whale, the Last Supper, original sin, Moses coming down from the mountain with the Ten Commandments, the Immaculate Conception, the Wise Men, the promise of eternal life, Heaven and Hell, the list goes on and on. All pretend. Never happened.

Just as children can be made to believe the myth of Santa Claus, pre-science, primitive peoples believed farcical, nonsensical stories to explain their lives. When their senses contradicted their beliefs, they made up other stories. For example, when Greeks journeyed to the top of Mount Olympus and found no gods, they concluded that in the presence of humans, the gods became invisible. Magical thinking; kind of like believing that Trump and the congressional Republicans really give a shit about “the little people.”

I recently met a theologian at a party. He told me his expertise was the bible. I asked, “What proof do you have?” He said, “Oral history.” I stifled a guffaw.

Science and reason have given us amazingly long lives and “miracles” the ancients could only dream about: indoor plumbing; electric lights; the internet; modern medicine and dentistry; trains, planes and automobiles; infant mortality down; life expectancy up; less physical labor; nutrition; and, of course, video games. Not one bit of this is due to religion, mysticism, or magical thinking. All due to the wonders of science building on centuries of learning. Skip the prayers and give me penicillin, indoor plumbing, and a hot shower.

When you feel a sharp pain in your side that turns out to be a burst appendix, trust me, you want a modern hospital filled with smart, science-trained experts to fix you up with what is called surgery. What you do not want is a Christian Science practitioner who explains that your pain is due to errors in your thinking because we are created in God’s image and cannot be sick. Nor do you want a Catholic priest mumbling Latin incantations over your writhing body. That leads to imminent death. Science lets you return home in two days and continue living a long life.

These are some of the reasons people are leaving religion in droves. But more than that, the basic story is out of date.

Christianity’s decline has been ascribed to: the internet, video games, businesses being open on Sundays, families’ stressful lives driving them to crave a leisurely breakfast in pajamas and not getting all dressed up on Sunday morning.

In addition, the basic story no longer appeals to the next generation. After WW II, perhaps young people could imagine an invisible God up in the sky, like Santa Claus, all knowing and keeping records of our sins (This is Going On Your Permanent Record!). But today, with the ease of worldwide travel, greater scientific literacy, the Hubble telescope (where is Heaven, exactly?), and media, people don’t believe the biblical account of why we are here.

Another indicator of the decline is the number of TV programs, books, and movies that address the theme, “Was Jesus Real?” Hard-right Christians are hanging on by their fingernails. The famous “Ark Encounter” in Kentucky features multiple levels and cages where animals lived during the flood. When one tour guide was asked how the Ark could have managed dinosaurs, he thought for a moment, then said, “Baby dinosaurs.”  This $100M paean to magical thinking was built with some public funds and on some public lands; all of which is unconstitutional. The promise was huge income from tourism. Attendance is only 8% of what was projected. 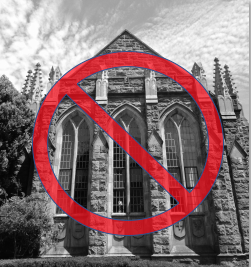 Religion will just fade away as people vote with their feet and pocketbooks, and no longer attend or donate to churches.

Although we still don’t know why we are here, or why the universe exists, the old Christian myth seems less relevant. We will just have to live in the moment with all this uncertainty and comfort each other. That is all we have because, like the wizard in Oz, He is just pretend. Science and reason, however, are not pretend, they are real. Proof? Just walk over and turn on the light.

The war is over. Science and reason have won. Thank God (just kidding about the God part.)

P.S. We are lucky to live in a country that protects us from prosecution for writing this kind of article. In Saudi Arabia a man has been sentenced to death for blasphemy, being accused of denouncing the Prophet Mohammed. Thank you, Founding Fathers.