Norma McCorvey (1947-2017), the Jane Roe, of Roe v. Wade fame, was speaking in Palo Alto at a pro-choice rally. I was blown away by her rhetorical power. She moved that audience like I had seldom seen. She was also undisciplined; her takeaway message was unclear. 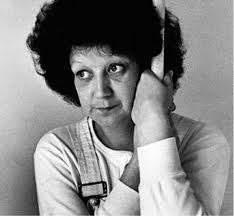 After her talk, I introduced myself and offered her a free seat in one of our PowerSpeaking® workshops. She gladly accepted. In addition, since she had so little money, we invited her to stay with us during the two-day workshop.

Over dinner, after the first day, she told us a story that I weaved into a program months later for Planned Parenthood of San Francisco.

I was discussing ways PP speakers could deal with hostility from an audience. I used the McCorvey story as an example of “what not to do.” Here is what I said to my 250+ PP audience,

Norma told me that when she gets an audience rocking, she gets into a kind of zone. She’s ranting and raving, arm waving, lots of energy. Sometimes there will be a group of anti-choice people down front heckling her.

“Mostly, I just ignore them,” she said. “Recently, though, a bunch of these people were getting to me, screaming, ‘Baby killer, baby killer!’ I finally just lost it. I walked over to the edge of the stage, paused for a long time, then with my eyes wide open, looking a bit psychotic, I leaned down toward them, put my hand in their faces and screamed, ‘YOU FUCK WITH ME AND YOU FUCK WITH THE DEVIL!!!’

The PP audience paused for a second, then the laughter began rolling across the room like a giant tsunami. I was recording that talk. The laughter lasted for 45 seconds. Thank you Norma.

3 thoughts on “The Biggest Laugh of My Speaking Career”