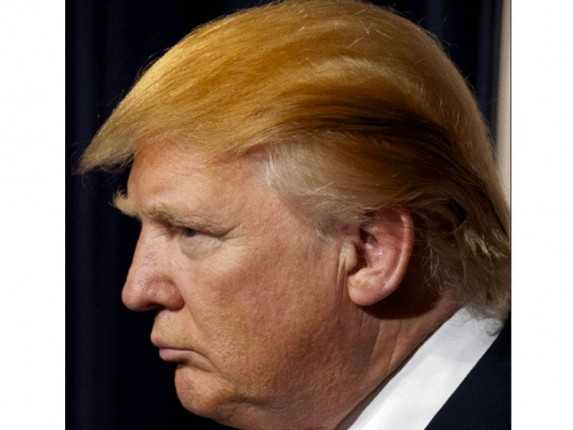 Nevermind his insatiable narcissism, his ignorance of major global issues, and his unending insults to the very agencies of government Mr. Trump needs to be successful. The real issue is… the First Family’s hair.

Trump’s grossly colored, too- long, comb-over hair makes him look more like a used car salesman than the CEO of the United States. How it hangs shabbily over his collar says “fuck you” to tradition. Of course, this is just what the voters who put him in office wanted. People with good presidential hair would include Mike Pence, Mitt Romney, and John Boehner.

Mrs. Bimbo First Lady Trump’s hair is all about sex. It is way too long and all over her face. What is she hiding? A professional, well-educated, well- coiffed woman has hair no longer than shoulder length. When the hair is down to mid-chest, it says, “Your place or mine?” It does not say, “Let’s get the work done.” 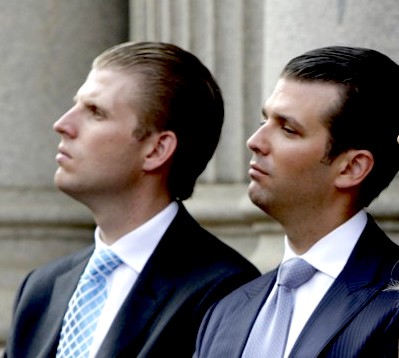 The Trump boys wear their hair combed straight back with no part, and heavily greased. They look more like mob bosses than trustworthy business executives. Their Brylcreem bills must be huge.

Bottom line, forget all the bankrupt political, social, and moral Looney Tunes delusional Trump thinking. Their hairstyles alone reflect a First Family that is totally untrustworthy. Not people you’d want to do business with, much less run the country.

We’re in for a bumpy ride.

4 thoughts on “Trump: The Hair Says It All”