In the world of entertainment, Robert Redford is truly a “Big Dog.” About as big as they get. His new movie, “All Is Lost,” is getting great reviews and having just seen it myself, I’d rate it a ‘9’ on a ten point scale. It grabs you in the first three minutes and doesn’t let go. 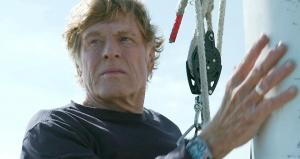 So how does all this relate to “Speaking Up” and CEOs? When writer and director J.C. Chandor met Redford to pitch the movie idea, it took Redford just 8 minutes to decide. He didn’t need the hour long presentation Chandor had prepared.
Here is what Chandor said about that first meeting:
“The first time I met Robert Redford in person I was very prepared. Just a week earlier I had submitted a 31-page script to his agent and was asked to come meet him as soon as I could get to LA. I walked into his office prepared to make my case. I had drawings and diagrams at the ready and a good hour-long pitch teed up to go. But much to my amazement, only eight or nine minutes in he stopped me and looked me in the eye. He said ‘Look, I can see you have thought this through and I just needed to make sure you weren’t crazy. So let’s go do this.”
One year later, they began filming in Mexico
J.C. Chandor 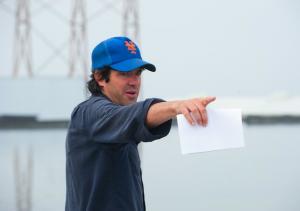 Like C-level executives, Redford didn’t need a lot of PowerPoint slides to make a decision.

In the early 90s David Packard was reviewing programs to decide what could be cut to reduce costs. My friend Marv Patterson went into Packard’s office with an armload of overhead slides (way before PPt). Referring to the slides, Packard said, “What’s all that?” “My slides and backup information,” said Marv. Packard said, “Never mind all that. Just tell me what you are doing for my company.” Marv did, Packard approved and the program was saved… but Packard didn’t want all the backup material. Same with Redford. Same with most senior-level decision makers. That doesn’t mean don’t be prepared and don’t have data. It just means be light on your feet and expect not to use all the background material. Ned Barnholt, former CEO of Agilent commented, “If you can’t speak without slides, then I don’t believe you know what you are talking about, and I don’t give you the funding.”
By the way, “All is Lost” is such a good film, I strongly recommend it. Far better, in my judgment, than other “lost at sea” movies like
“The Life of Pi” or “Castaway.”
Rick Gilbert

2 thoughts on “What CEOs and Robert Redford have in common”