The summer between my freshman and sophomore year in college, I had a job as a tree trimmer. I confidently hung from ropes high up in trees while wielding a chain saw. 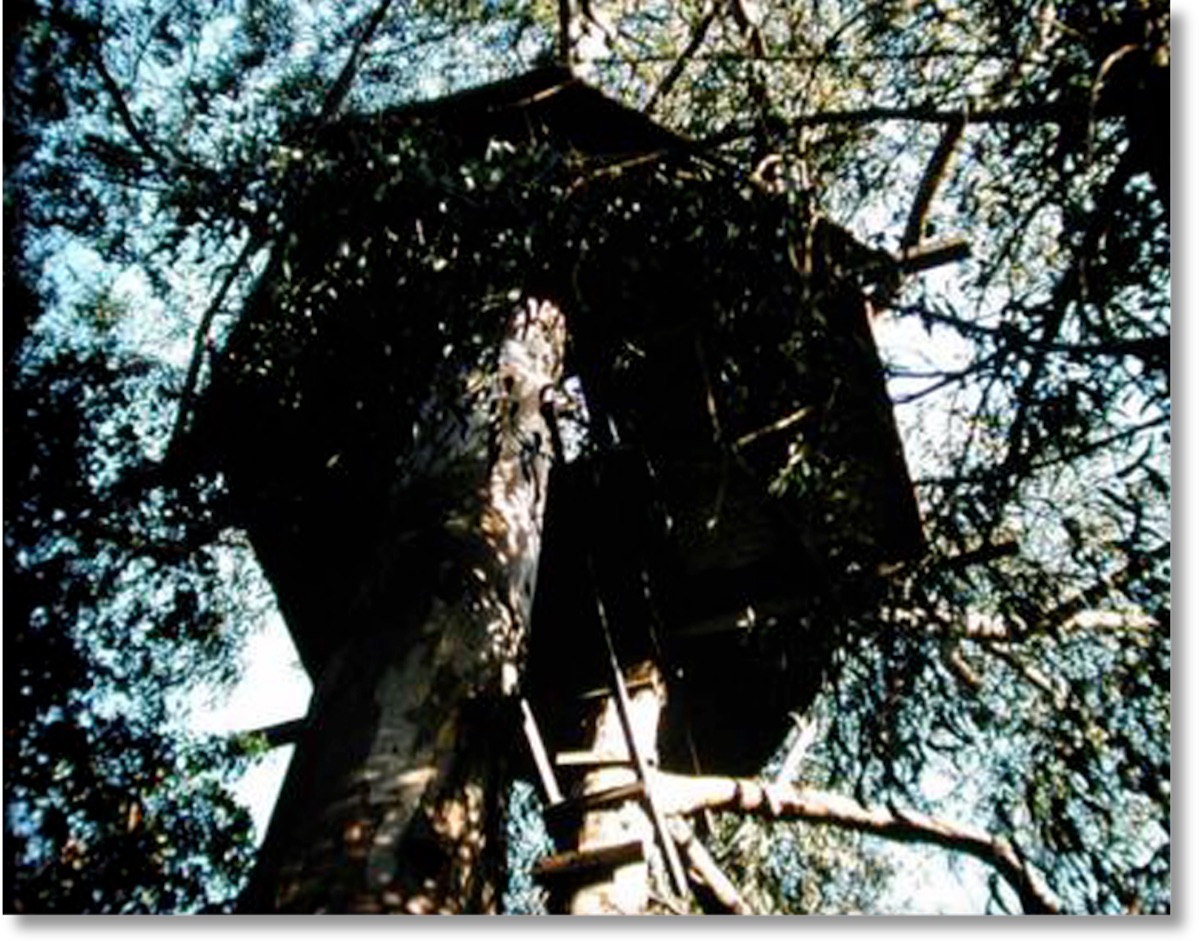 In the vacant lot next door to our house were two huge eucalyptus trees about eight feet apart. Obviously a great location for a tree house (really just a platform.) Looking up, it was clear how to build it: use a stretched tic-tac-toe design. 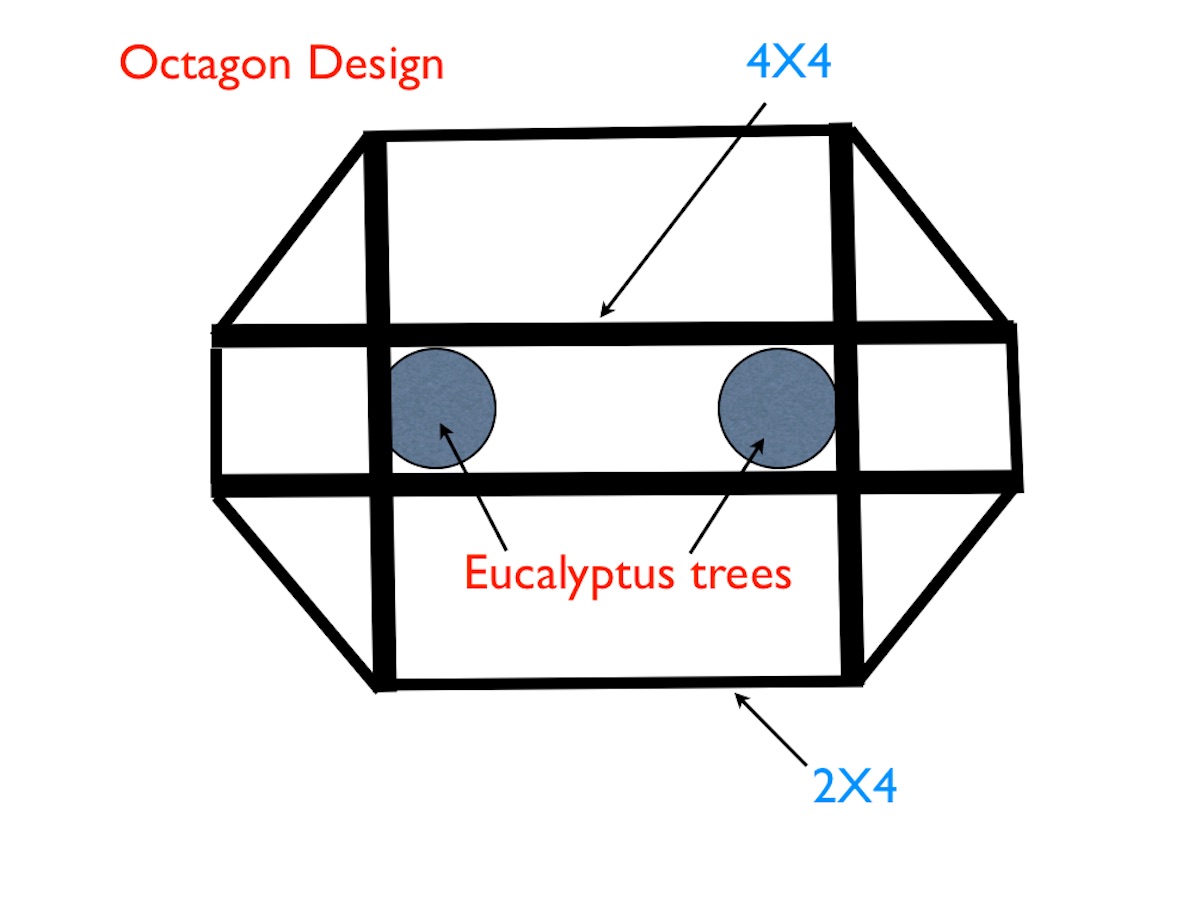 At this time, there was a huge building project going on at Cal on Durant Street. Driving by, I noticed a pile of 10-foot 4x4s and 2x4s carelessly stacked by the sidewalk.

Enlisting the aid of my neighbor, Steve Roper (later a Yosemite climbing expert), at 3:00 a.m. I “borrowed” my parents car. We liberated four of those beautiful pieces of wood and some 2x4s. A few nights later, George Petty and I rescued four, 4×8 sheets of plywood for the flooring from another building site. (Thank God for the statute of limitations.)

Working with Steve and George, we built this magnificent structure during a two-week period. The treehouse was 30 feet from the ground. We could see the Golden Gate Bridge in front, the San Rafael Bridge to the north and the Bay Bridge to the south. It could easily accommodate four people.

Many evenings of great sunsets, dinners, wine, deep philosophical discussions and an occasional sleepover happened in the tree house during the next few years. Suddenly one day in 1964, the tree house and the trees were gone. Just like that. The owner of the lot had decided to build a house…without telling us. What nerve.

The treehouse was a great project that brought fun and satisfaction for all of us. Problem was: stolen wood, borrowed equipment, stolen car, built without permission on someone else’s property. Imagine the insurance claim if someone had fallen. Why my parents allowed this is a mystery.

So, the question is: does this show a budding entrepreneurial spirit, or the expression of a twisted sociopathic personality.

What do you think?

5 thoughts on “Entrepreneur or Sociopath?”