“I am doing anything I can to extend my life. No one should have the right to prolong my death.”

“Doctors have it hammered into their heads to do no harm. But it’s pretty harmful to let people suffer.”

“I simply want the option to die with less suffering. My biggest fear is dying in pain and leaving my beloved wife, Gina, with horrible memories that will haunt her forever.”

In June, California’s new aid–in–dying act went into effect. Terminally ill Californians who are of sound mind and able to self-administer life-ending medications now have control over the time of their death. This has been a long, hard-fought battle. We now have joined Oregon and other progressive states in allowing citizens a choice in when they end their lives.

This is not suicide. People who take advantage of this legislation do not want to die. They are terminally ill and want to end their suffering on their own terms. This legislation is supported by 73% of the voters, across the political spectrum.

A tipping point in this battle came when young, attractive Brittany Maynard went public with her story of having to move to Oregon to end her life on her own terms because of an inoperable brain tumor. People magazine ran a cover story on this and momentum grew for approval of the legislation. Former Jesuit priest Governor Jerry Brown signed it into law in October, 2015.

It features an interview I did with Dan Diaz, Brittany’s husband.

Lots more needs to be done to make this public policy. Funds are needed to continue with public and health care professionals’ education. To learn more about this vital movement: 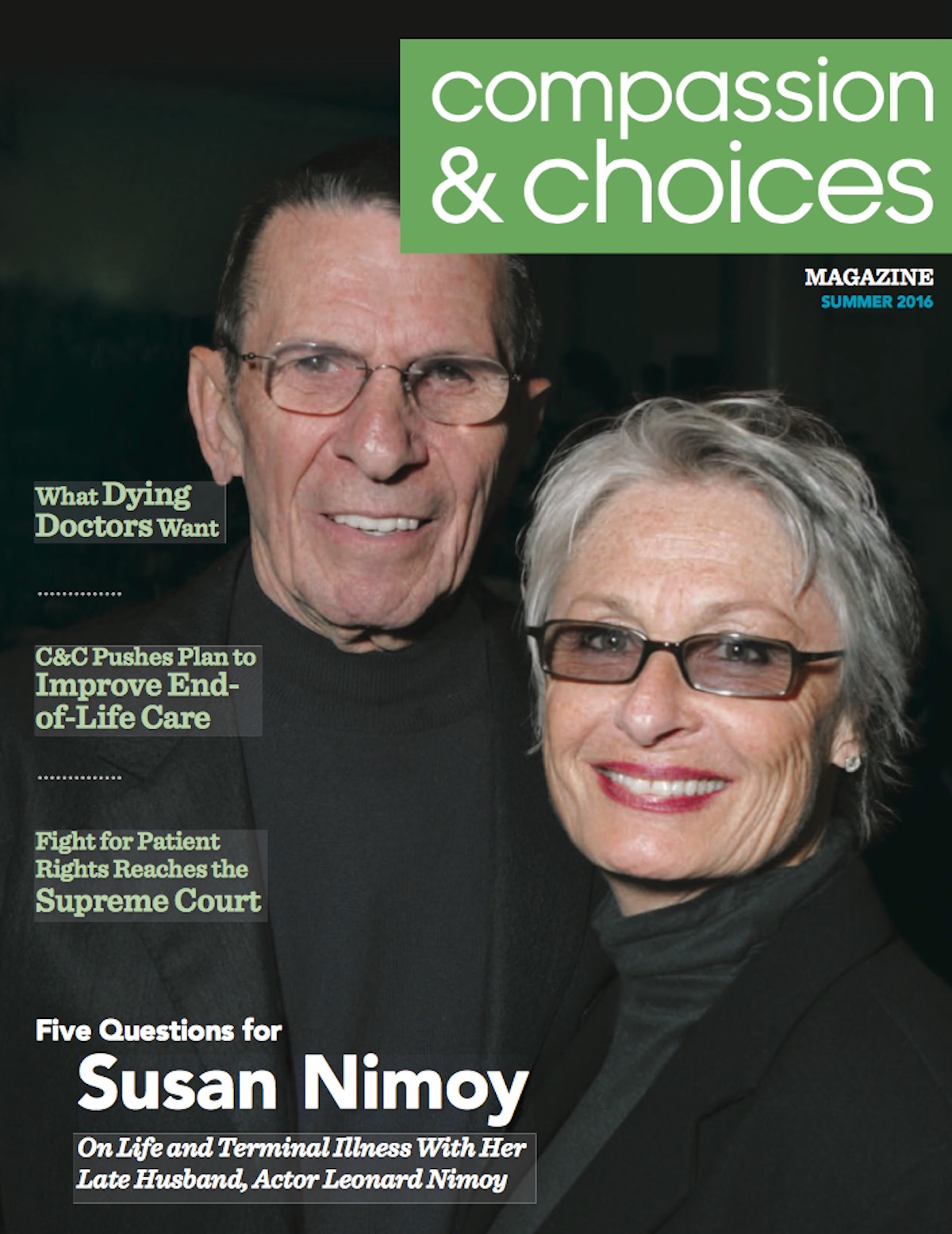 One thought on “End of Life Options Act Passed!”