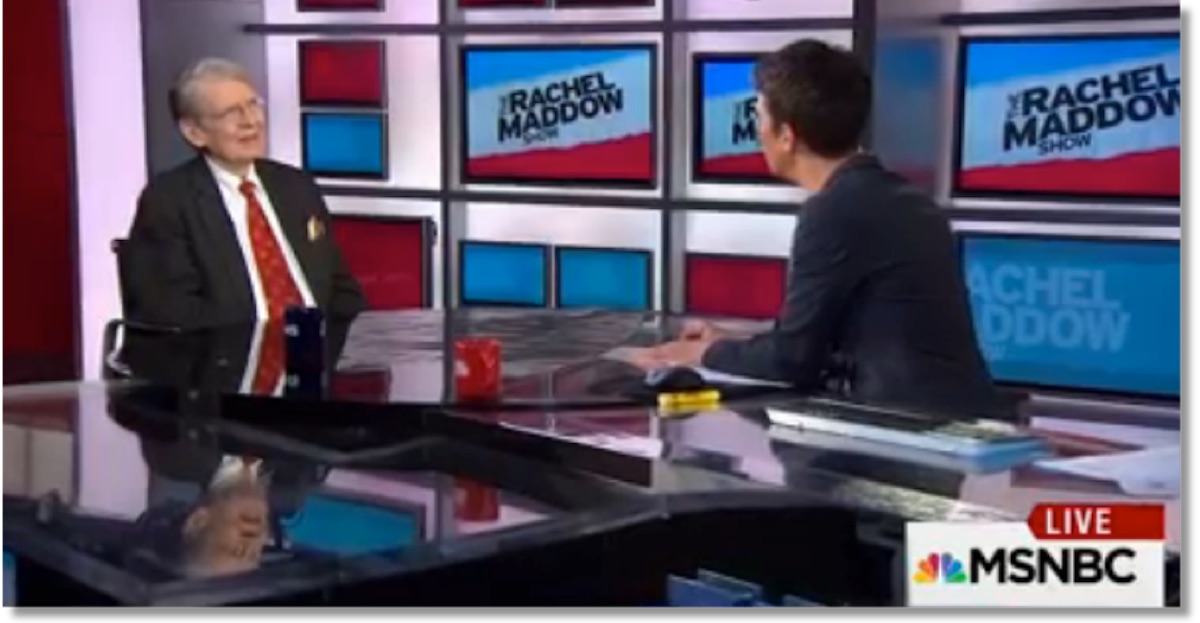 Something really strange happened last night. I stood up in front of the TV screaming “Yes! Yes! Yes!” at the screen. I was clapping and cheering out loud my support for journalist Rachel Maddow and the report she had just completed. This is the way TV / Media should be.

She interviewed Bill Bogert, an actor who made a pro-Johnson, anti-Goldwater ad back in 1964. It is a stunning four-minute ad that features only Bill Bogert talking to the camera about his conflict over the Republican party’s blunder in nominating Barry Goldwater for president. Black and white. Stark. Effective.