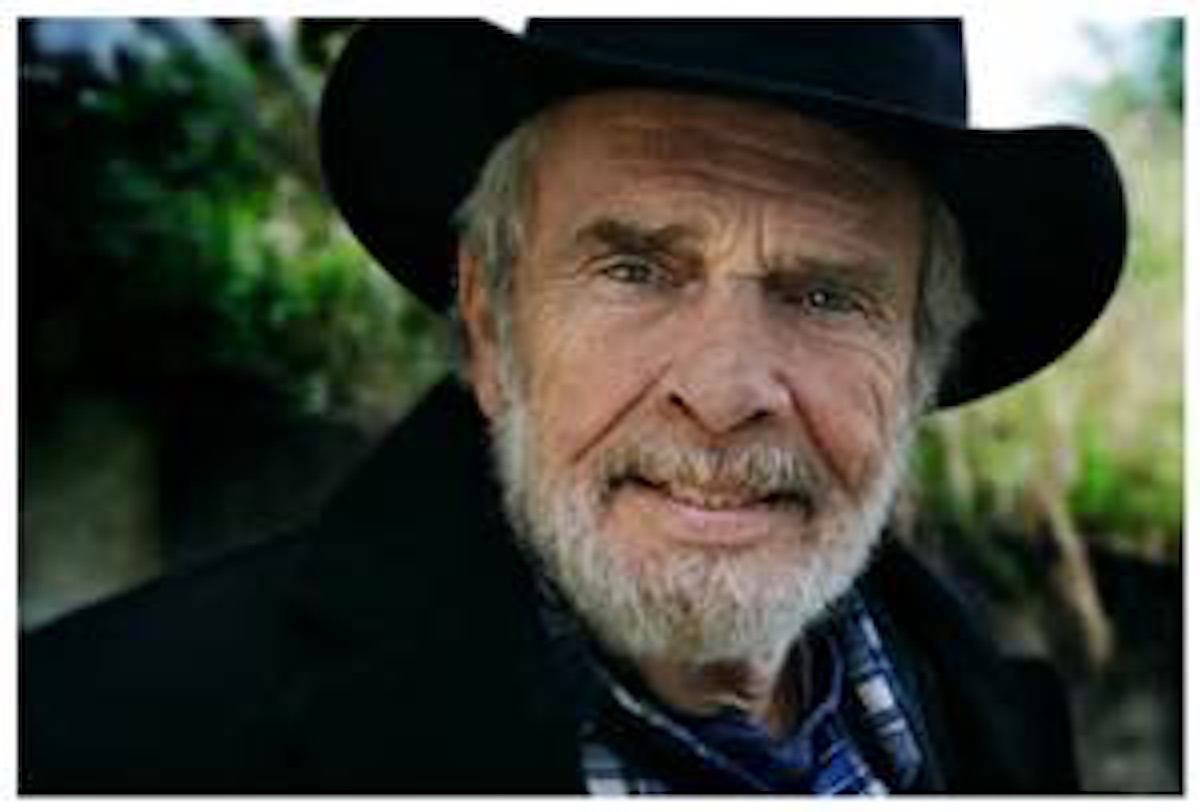 That low, velvet baritone would take me to some other place. One of the most pleasing sounds in all of popular music.

He wrote about and spoke to the downtrodden, the working man. His songs reflected a deep empathy for the troubles of ordinary people. He was a prisoner in San Quentin in 1958 when Johnny Cash came there and recorded his historic album. Years later, he would sing duets with Johnny on The Johnny Cash show.

Dean Holloway had been Merle Haggard’s driver since his career took off in 1966. They had been friends since grammar school in Bakersfield. After a two-day, hard, hot recording session in LA, Merle went out to the bus to find Dean hot, tired and pissed off. He told Merle, “I hate this place. I’m tired of this dirty old city.”

Songwriter Haggard could hear a potential song in Dean’s frustration. He coaxed a few more words from Dean, like “If it were up to me, I’d be somewhere in the middle of damn Montana.”

Haggard went back into the studio where the band was packing up, and said, “Hold on. We’ve got one more song to record.” An hour later they had a #1 record, Big City. Merle took the tape back out to the bus and played it for Dean, who loved it. Merle said, “Dean, you just wrote a #1 record. I’m going to split the proceeds with you 50/50.

Just before he retired, Dean told Merle he had made $500,000 on that record. Merle Haggard was not only generous, but also improvisational.

I saw Merle Haggard only once, in Redwood City at the old Circle Star Theater. What impressed me most was how he ended the show: “Thanks for letting me work for you tonight.”

I’ve never heard a performer say that. Like many others around the country, I’ll be putting on some Merle Haggard music to celebrate his life. What a loss.