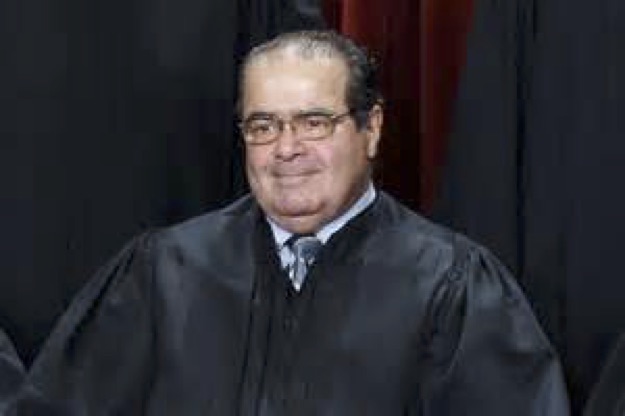 Who killed Antonin Scalia? The CIA? Obama? Within hours of his death, the conspiracy theories were flying.

Who brought down the twin towers? W. of course. The moon landing was a fake. FDR knew Pearl Harbor was coming. Shakespeare did not write the plays. Flying saucers, Area 51. Aliens among us. The Bermuda Triangle. The list goes on and on.

Saw a great bumper sticker: “Conspiracy theory is not a theory.” Love it. The truth is out there. THEY are in control. A better idea is that humans feel vulnerable to forces we don’t understand and so we project onto an ambiguous world some kind of explanation – no matter how Looney Tunes.

Some nonsense at the heart of conspiracy theories:

1) Things happen for a reason / The Lord works in mysterious ways.

Well, actually, no. The universe is pretty random. Beautiful children die of leukemia because of random genetic mutation. Sorry Virginia, there is no divine plan. Nobody is working out their “karma.” In fact, there is no “karma.”

My genetics professor at SFSU disabused us of the idea that “animals adapt to their changing environments.” Animals don’t adapt to anything. Because of constant gene-breaking radiation from the sun, mutations happen randomly all the time. Some babies get leukemia and die, and some giraffes develop long necks and survive. All without a plan. As Richard Dawkins said,

“The universe we observe has precisely the properties we should expect if there is, at bottom, no design, no purpose, no evil and no good, nothing but blind pitiless indifference.”

2) Someone is in charge.

When the debate about quantum mechanics was raging in the 1920s, Niels Bohr angered Einstein by suggesting that the sub-atomic particles move around randomly, to which Einstein famously retorted, “God does not play dice with the universe.”

We need order. When Kennedy was shot, we think, “It must be a conspiracy, otherwise one lone deranged killer with a $13 rifle can bring down the leader of the free world. That can’t be.

We love conspiracy theories because they help us find order in a chaotic universe. Even if the event is tragic, at least we can rest assured there was a cause for it. Someone or something caused it. That cause may be evil, but at least it is not random.

If the universe is random, then what do our lives mean? Why is the universe even here? Enter: heaven and hell, Jesus and God.

For a good look at how memory tricks us, see: the TED talk, by Elizabeth Loftus: How Reliable is Your Memory?

I talked to a theologian at a party recently. He had just retired from teaching religion at a major university. I asked what his specialty was. He said, “The Bible.” I asked, “What data do you use to confirm biblical stories?” He said, “Oral history.” I had to suppress a giant guffaw.  I said, “Decades of research have shown that human memory is very unreliable, starting with things like false memory syndrome in psychotherapy.” He said, “Sorry, I have to catch a plane.”

Lots of religious books out these days claim to tell us, “What Jesus really said.” Ha, ha, ha. Are you kidding me? There is credible research showing that a person named Jesus never existed–but, let’s say he did.

In a land and a time when most people were illiterate, nothing was written about Jesus for at least a hundred years after he died, some say 300 years. Whatever was written was translated into many different languages by many hundreds if not thousands of people. This went on for about 1,400 years until King James brought together four theologians in England to write what has been called the “King James Bible.”

Hmmmm? Any chance during those 1,400 years the religious fanatics who were writing this stuff down could have made shit up. You can count on it.

As my theologian friend walked out the door with suitcase in hand,  I wanted to say (but didn’t), “Congratulations, you spent an entire career teaching people fairy tales. How about Santa Claus, the Easter Bunny, and the Tooth Fairy?”

4) The mother of all conspiracies: JFK 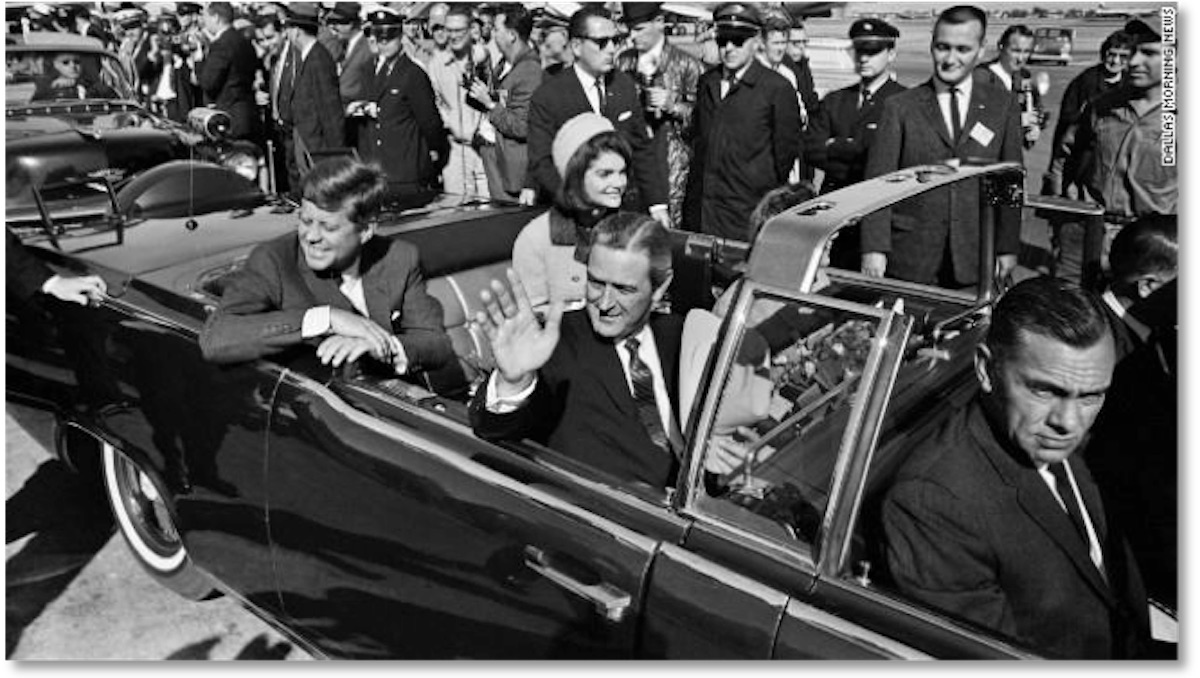 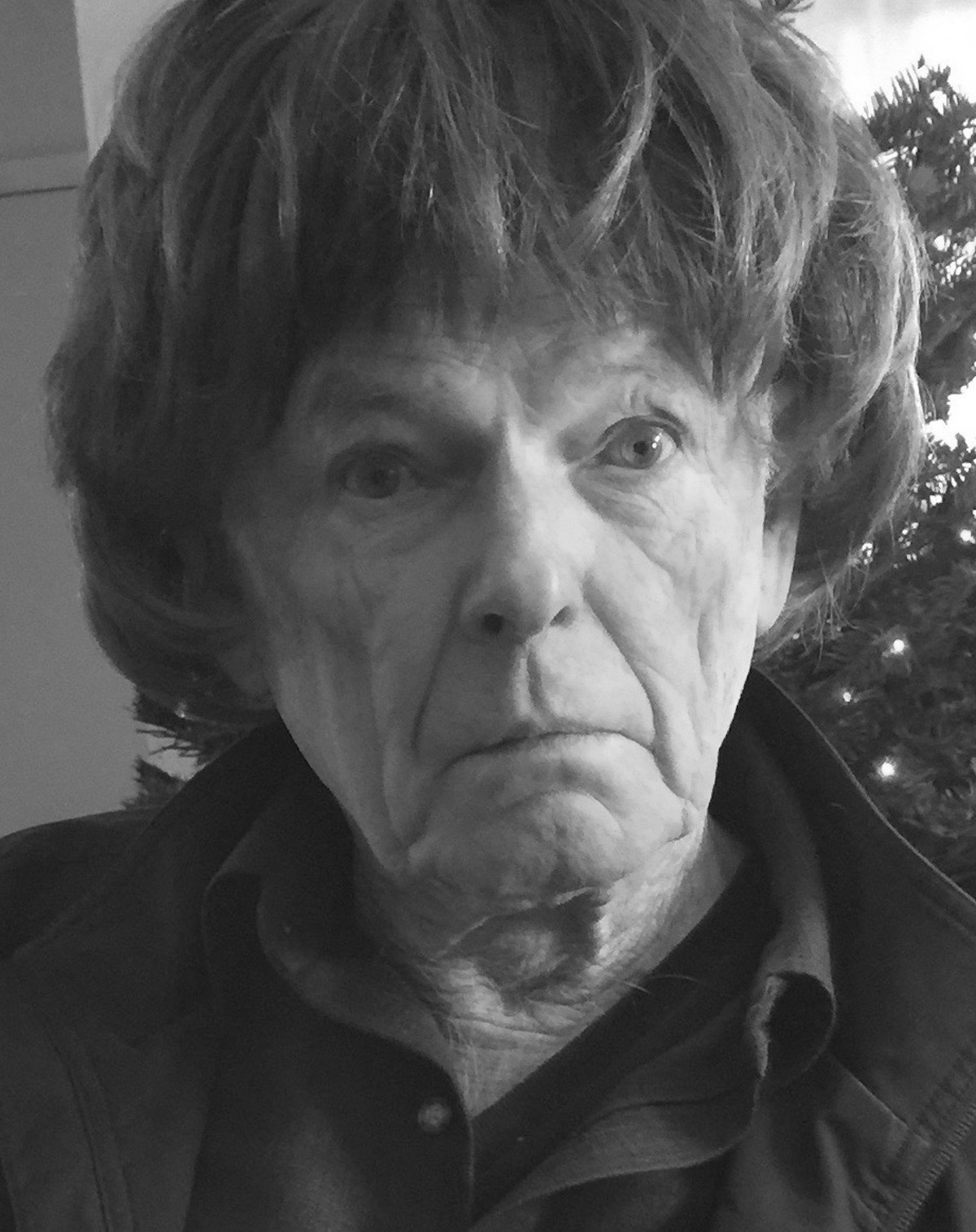 Since 1963, I’ve been a big fan of JFK conspiracy theories. (My wife says this proves I’m a paranoid nutcase.) Remember, just because you are paranoid doesn’t mean people aren’t really out to get you.

One book or one documentary will say it was Oswald acting alone, and I’m totally sold. The next documentary comes along and says it was Johnson with faux Secret Service agents on the grassy knoll with fake IDs (see Blood, Money, and Power, by Barr McClellan). Then there is the umbrella man. Love it all. With each new anniversary date, I get totally swept up in it all over again.

Finally, I saw the documentary that has settled it for me. “JFK: The Smoking Gun,” uses an in-depth ballistics analysis of bullet fragments to show that Kennedy was killed by the Secret Service – by accident. The documentary says that Oswald’s first shot missed and his second shot went through Kennedy’s neck and into Governor John Connally. As that was happening, a Secret Service agent in the car behind the president stood up with an automatic weapon to return fire. At that moment, the car sped up and he stumbled backward squeezing off a shot by accident. With odds of a billion to one, that stray bullet hit Kennedy in the head, killing him.

The ballistics show that the bullet from Oswald’s gun was entirely different than the fatal bullet that hit Kennedy – the type used by the Secret Service. None of this, of course, is consistent with the Zapruder film that shows Kennedy’s head snapping back as if hit from the front.

Oh hell, I give up. See me next November 22 in front of the TV to see yet another documentary that finally solves this mystery.

In summary, conspiracy theories, and God, give our lives meaning. Without them, we are just insignificant mammals riding around on a small planet in an empty, cold, pitiless universe.