As manager of Corporate Communications at Amdahl, 1984 – 1985, I wanted our team to help relieve the bad morale after several layoffs. I met for lunch with my counterpart from Intel. She said they had great success with a yearly “April Fools” edition of their newsletter. I got the Higher Ups to agree to such an idea (in theory) in plenty of time to hit the deadline for April 1st. We had different departments around the company write funny articles. I had to have each one approved by HR.

As we compiled the magazine, several articles got pulled. For example, Finance wrote a tongue-in-cheek piece in light of the current focus on administration quality (just like in manufacturing.) They suggested everyone would now be paid once a year with one giant check. Think of the admin savings and reduction in possible quality defects. Nope. High Ups thought it would create confusion and havoc. Out it went. Several others followed. Finally, we got tentative approval for a slim, ten page edition. Type was being set.

Two days before it went to press, they pulled the engineering piece that suggested the secret to how computers worked was magic and ESP. They feared it would disrespect engineering. They also pulled the article showing a fully suited executive in the gym with a briefcase and a disguise so no one could see his big belly. An insult to executives, they said.

Finally, the Friday it was to be printed for delivery the following Tuesday, April 1, they canned the whole project. Our department was totally bummed. As I walked across the street at 3:00 that bright March afternoon to tell the printers to shitcan the project, I had a thought, “What if I said to the printing department, ‘Green light. Print that thing’?” Of course I would be fired the following Tuesday when it showed up on everyone’s desk.

I stood there in the warm afternoon sun debating. I recalled the heroism of Daniel Ellsberg who risked not just his career, but his life publishing the Pentagon Papers. Hmmm, it would make a hell of a story of how I got fired. But, alas, I had a house payment, and I was saving money to launch PowerSpeaking, Inc. Call me a ‘Ho.’

I told the guys in the printing department that it wasn’t happening. They, too were bummed. I got some flack as did my boss. It took a week for the cloud to lift.

This was the final insult that caused me to jump ship. Corporate life was not for me. The following November 5, 1985, I launched PowerSpeaking, Inc. I never looked back. With a prickly personality and authority issues galore, I was never meant for corporate life.

Here are the remnants of what would have been a funny April Fool’s edition, just before the Titanic sank: 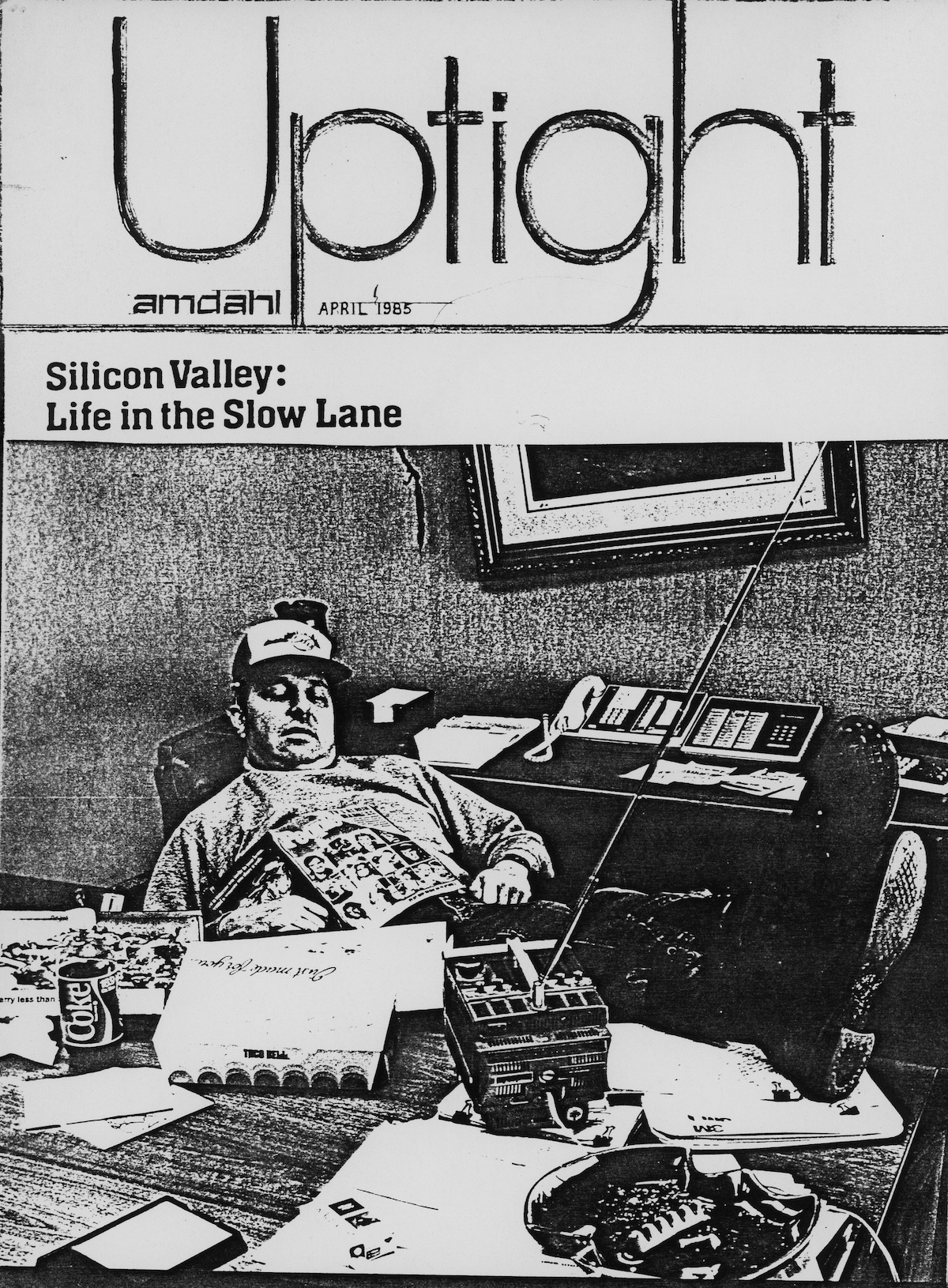 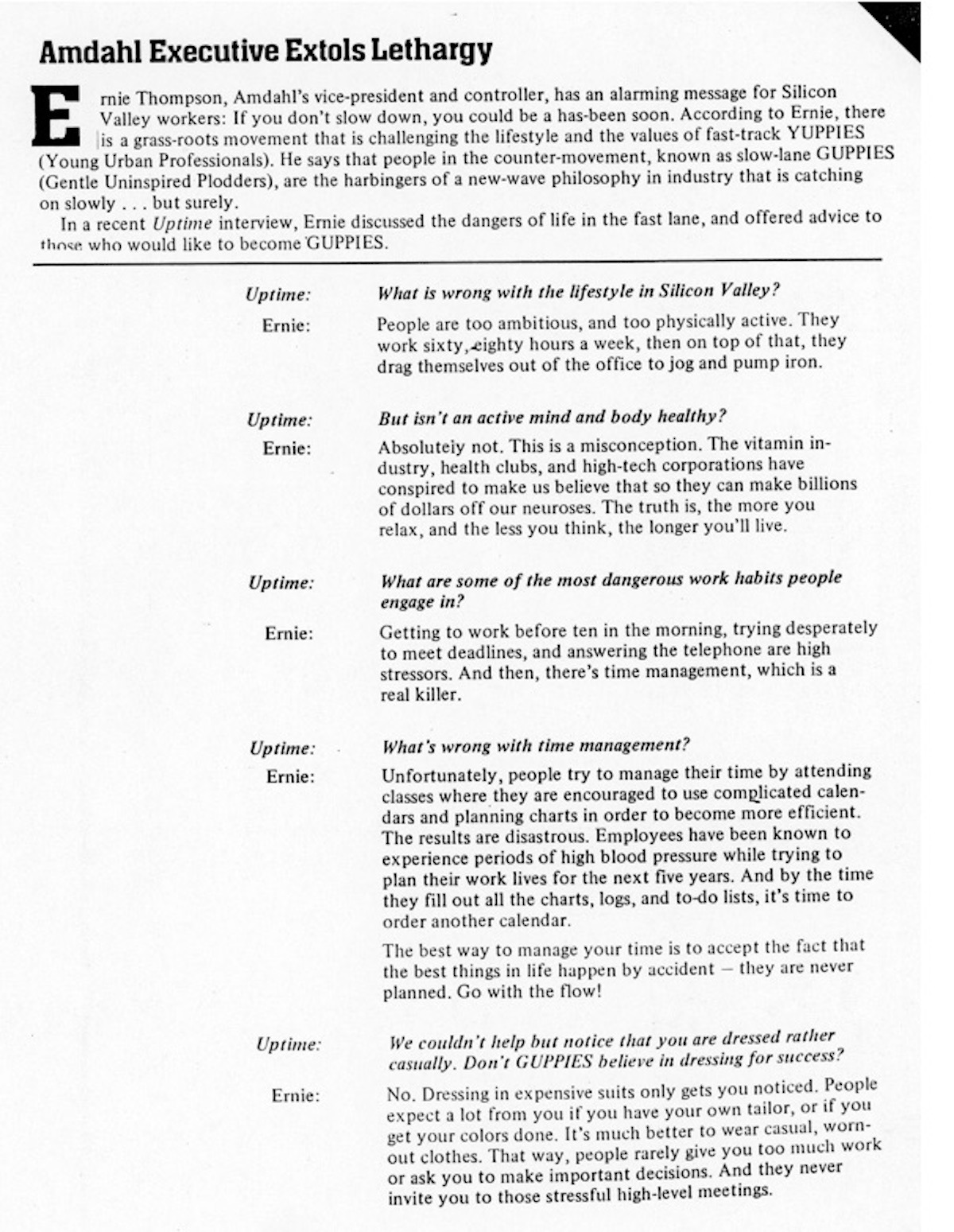 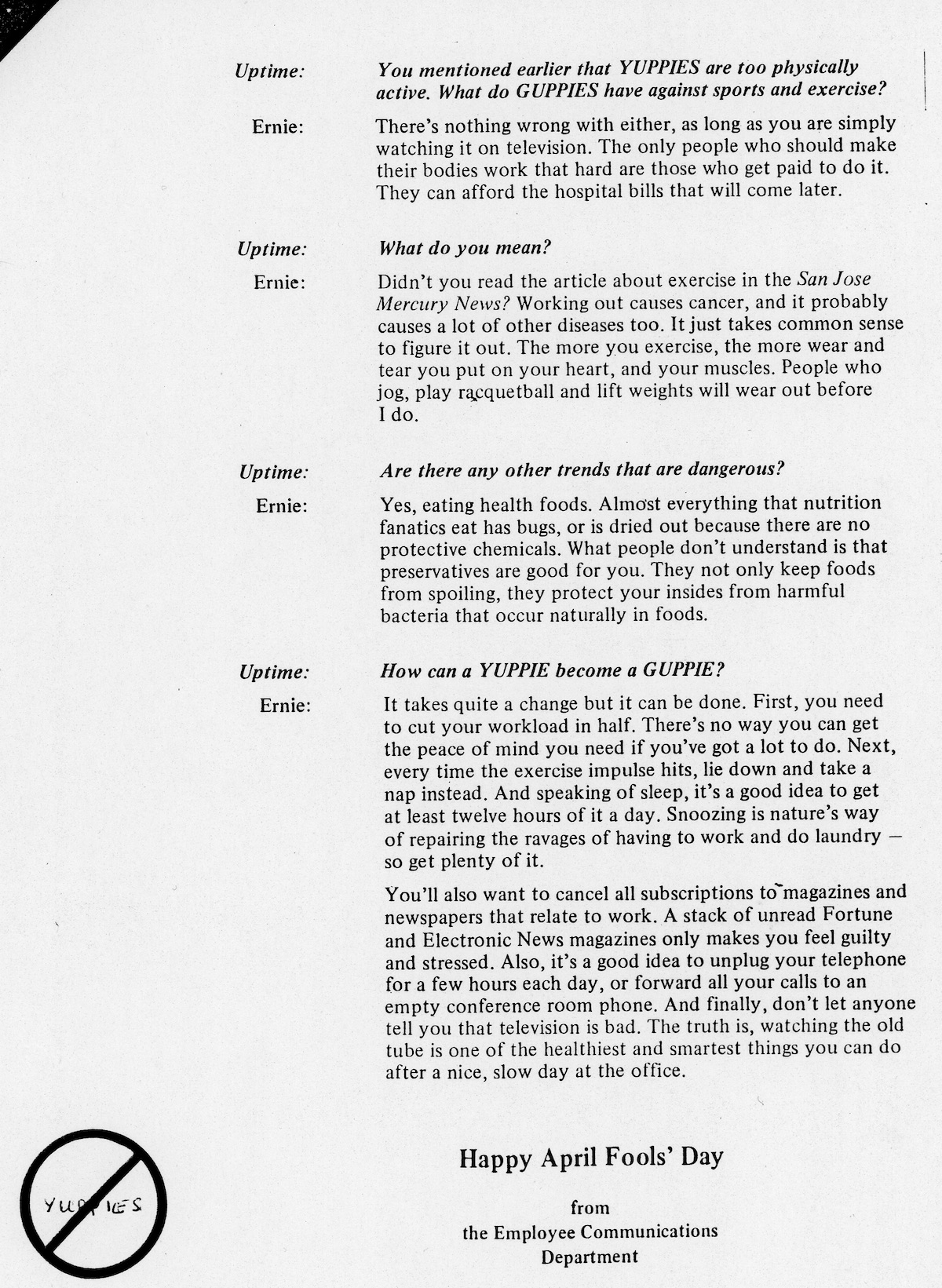 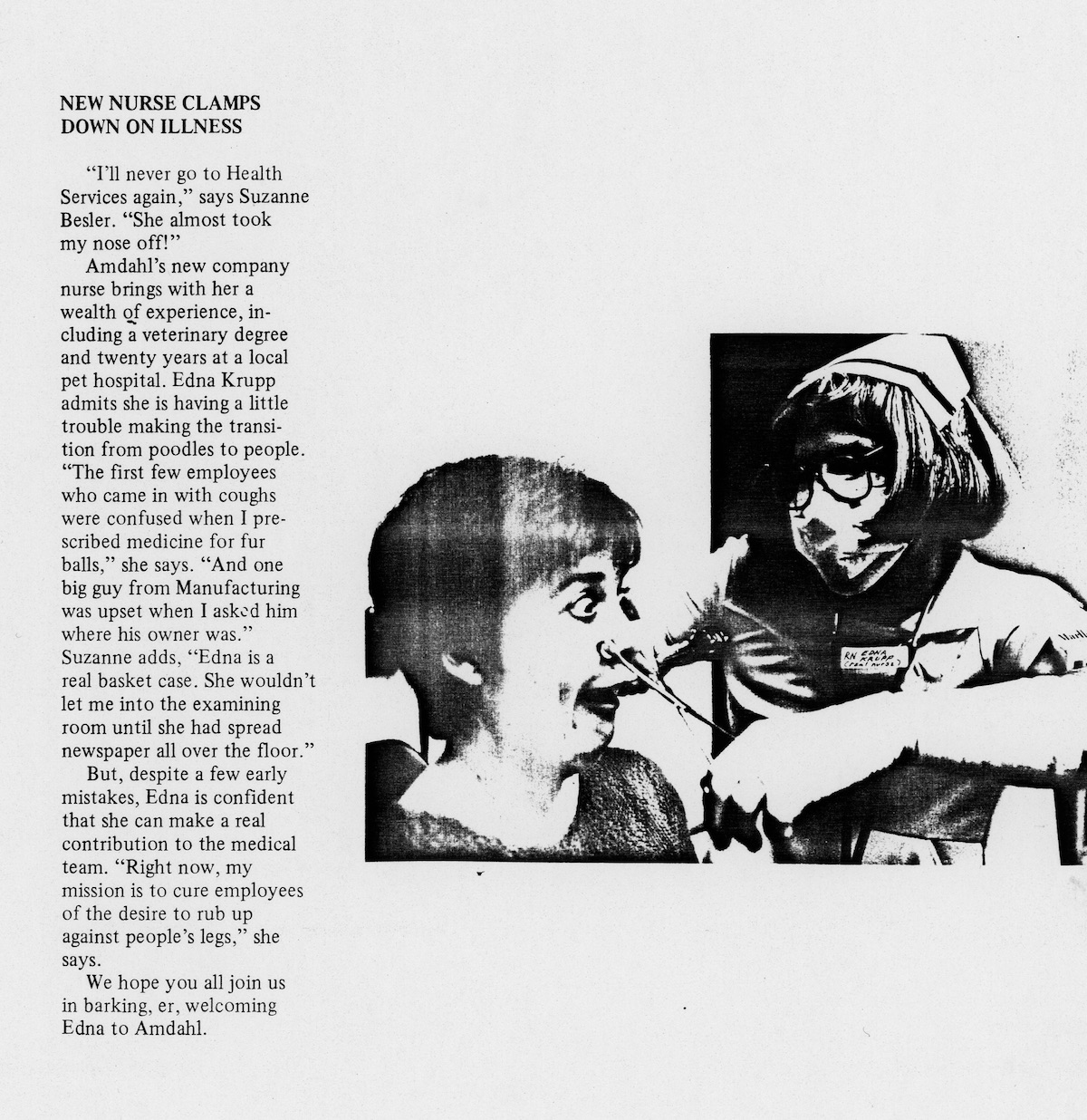 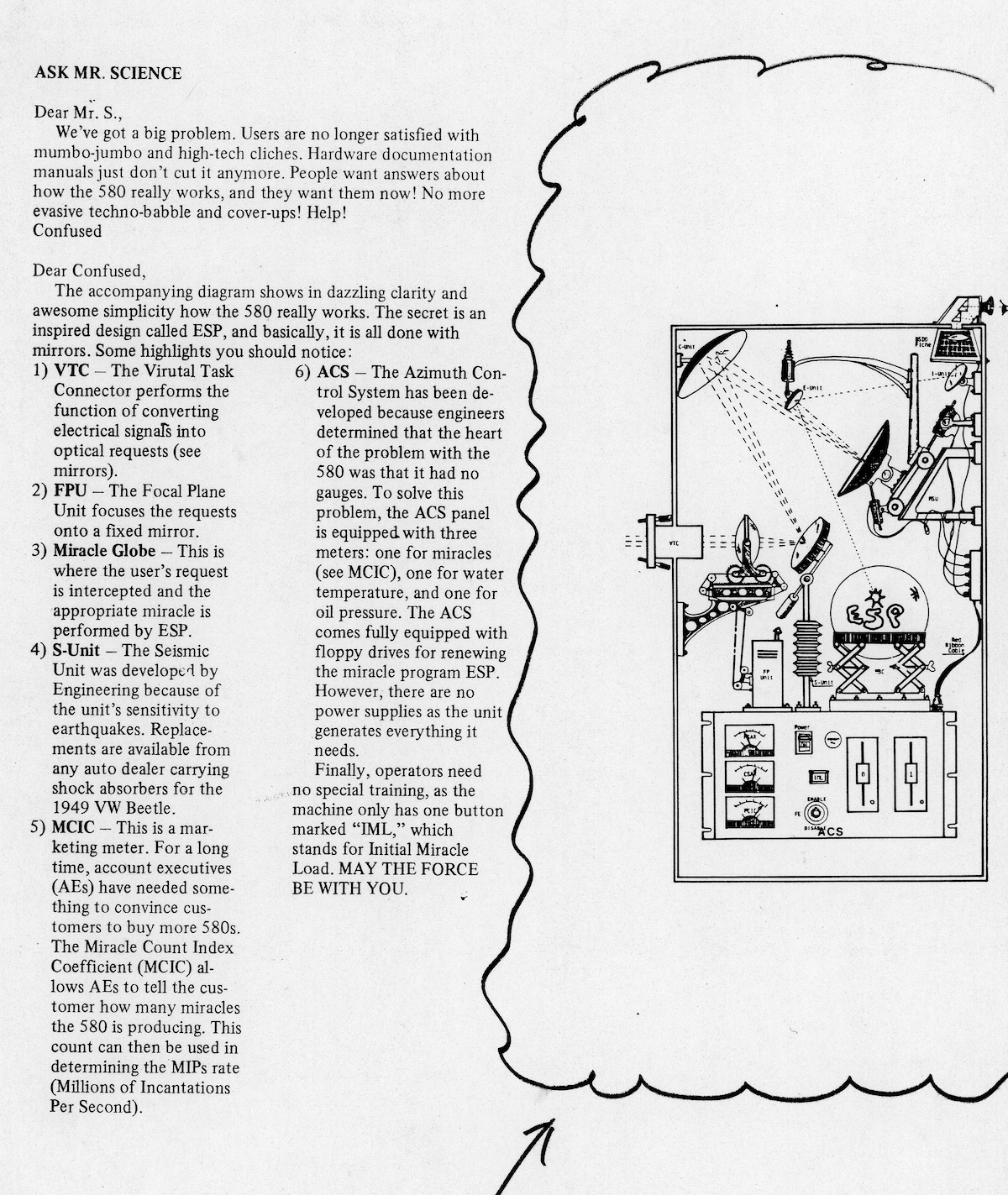 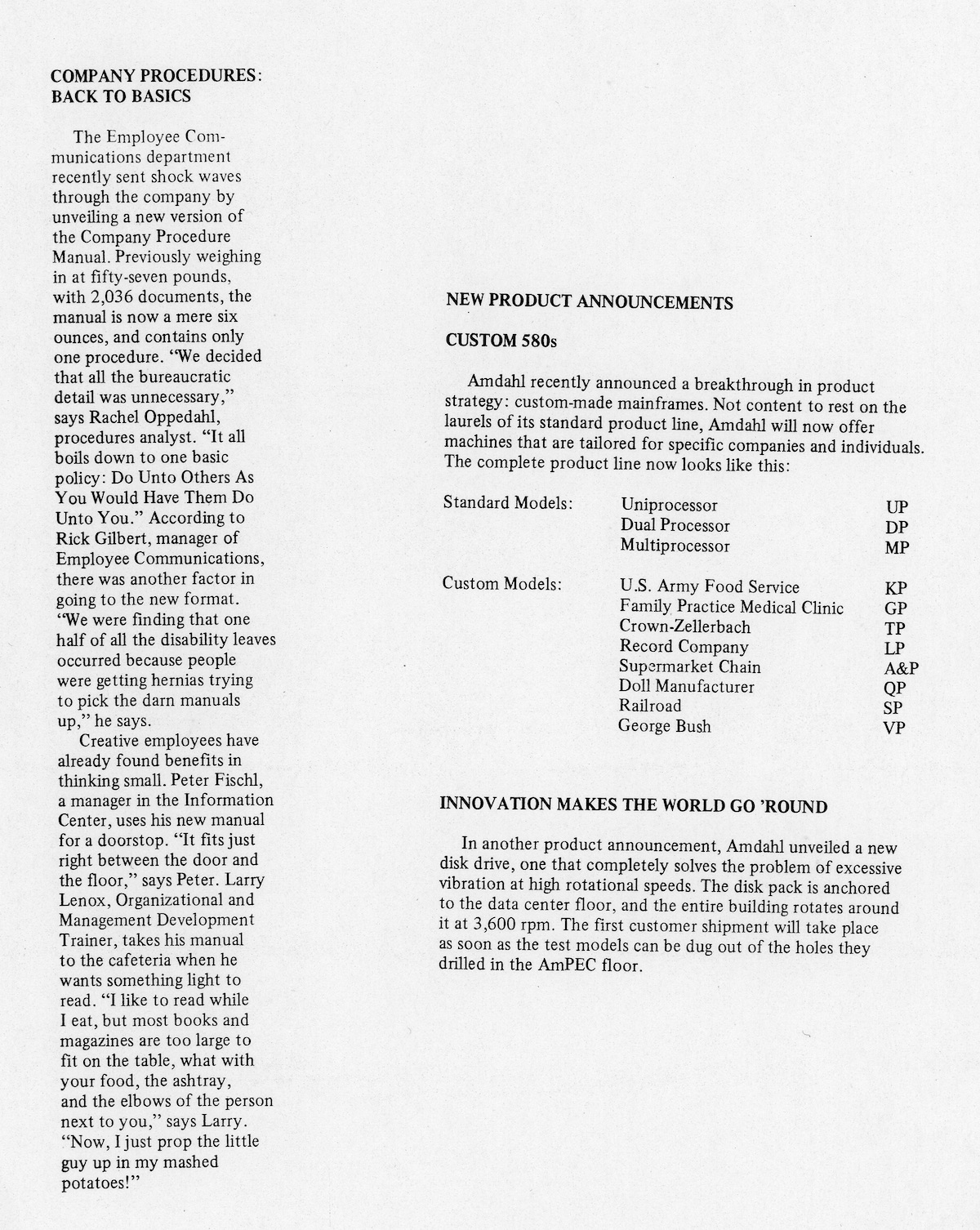 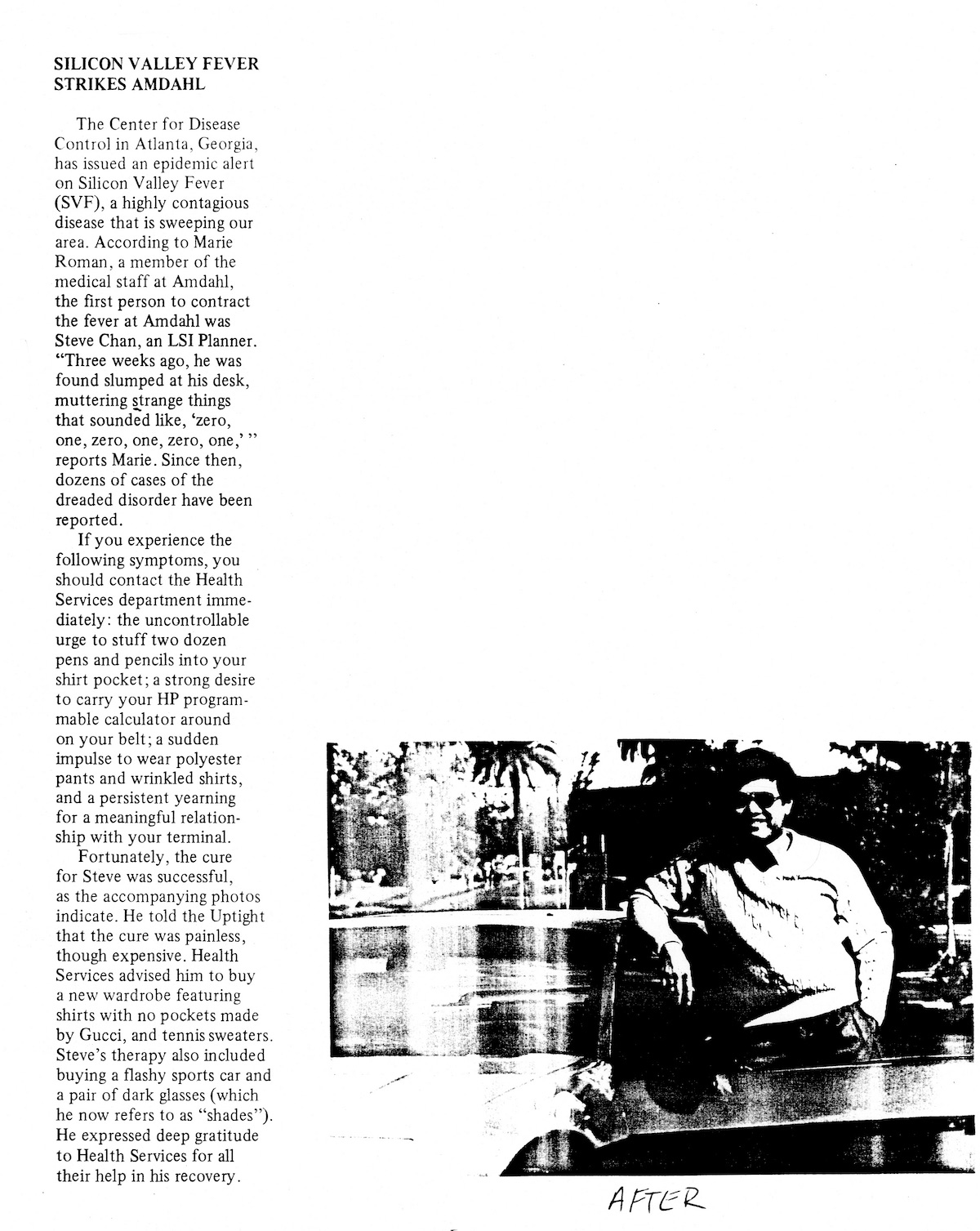 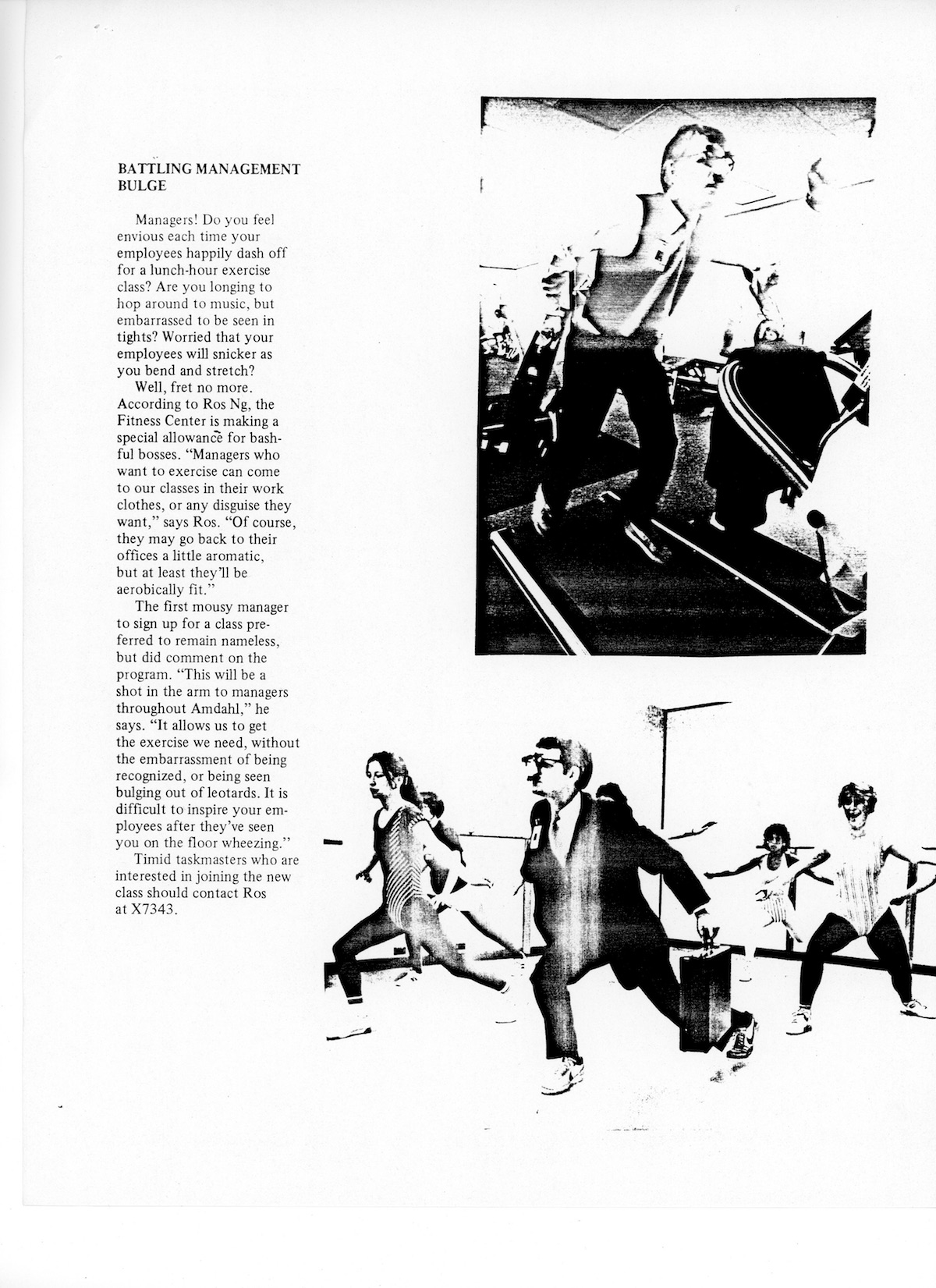 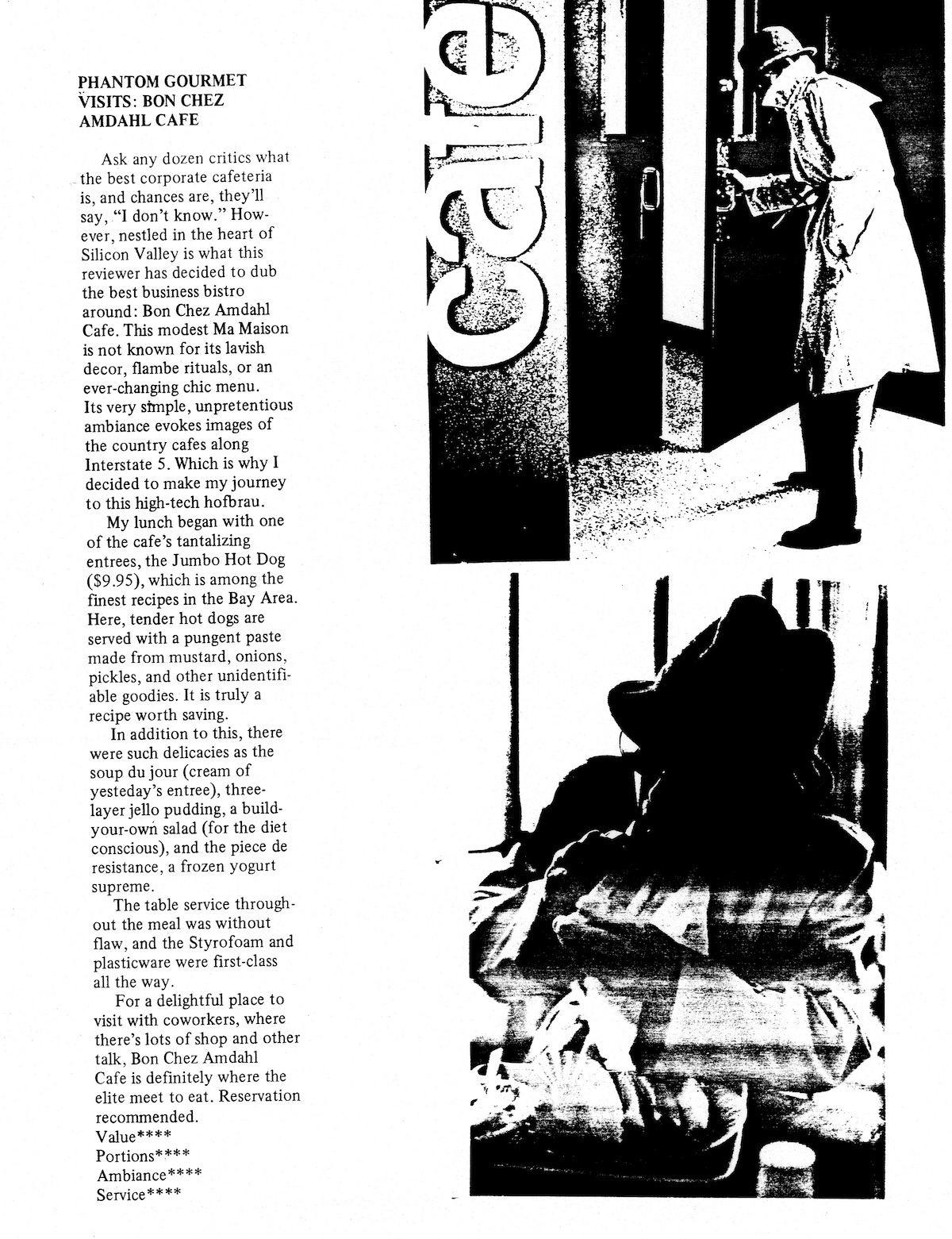 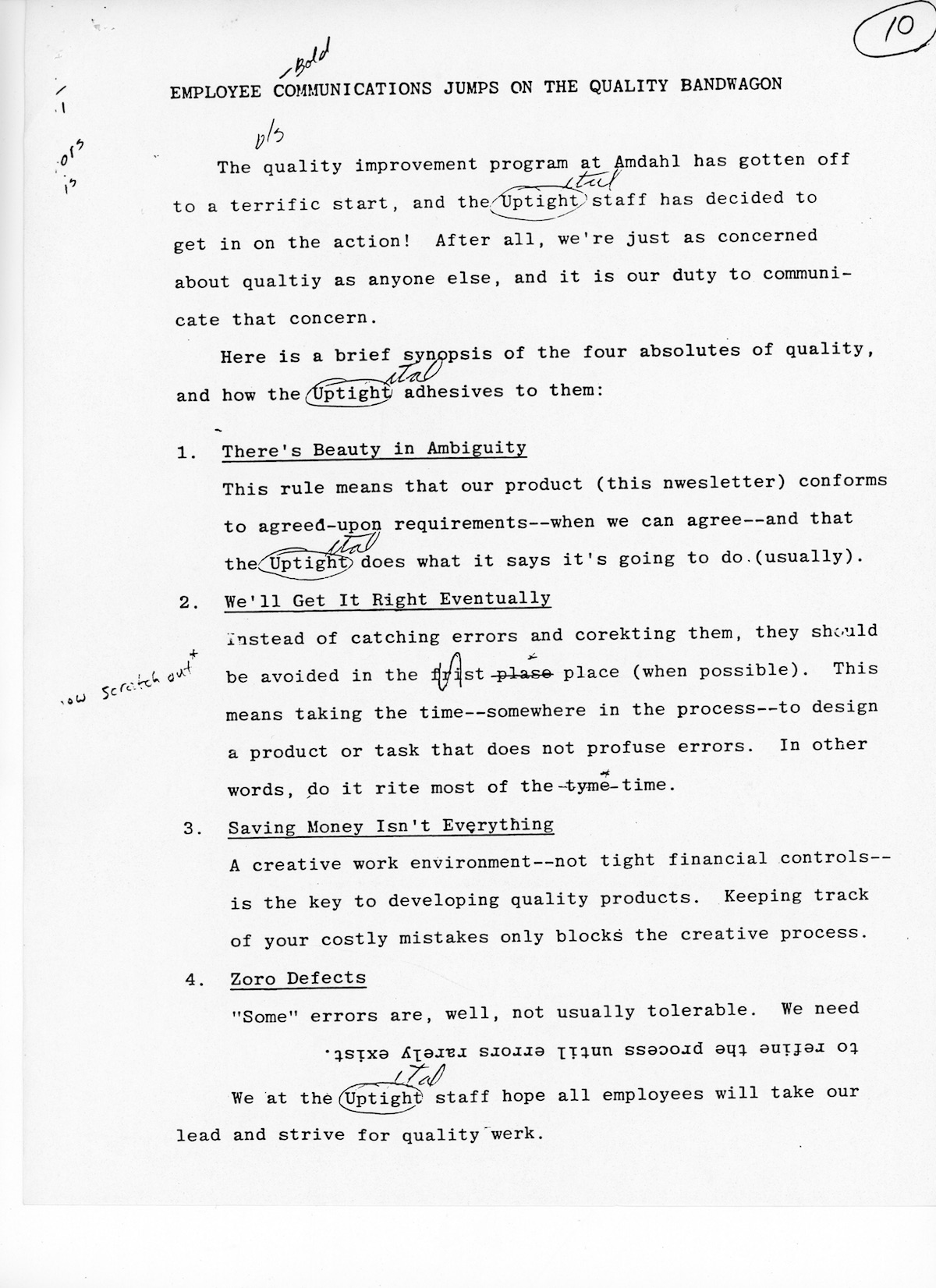 One thought on “The End of My Corporate Career”