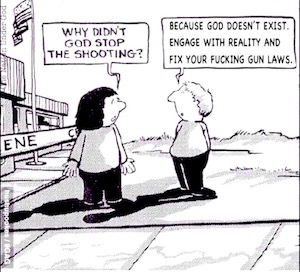 From Galileo forward, religion has been in a duel to the death with science. Breaking News: Science has won. In the United States, survey after survey report that church attendance is declining. More people are reporting they are agnostics or atheists. Churches are closing. Mega churches have gone broke.

I know many people who were slightly religious growing up, and whose parents were more religious, and whose children couldn’t care less. Today’s youth would rather go to soccer practice or cruise their iPhones and Facebook than go to church.

Today, everyone knows the Earth is round and that it circles the Sun. Not everyone, though, believes that humans evolved through a process of evolution from lower animals. As in other times with other issues, like the flat-Earth theory, people who deny evolution will be mocked and laughed at (maybe except in Kansas.) Things are changing due to new knowledge. Perhaps belief in religion is also moving toward a tipping point.

The people who invented religion were uneducated. They did not have the tools of science. There was no world-wide flood that killed all living beings. Noah’s ark never existed. The Red Sea was not parted by Moses. There was no virgin birth. There was no resurrection. Jonah did not survive in the belly of a whale. All these things are just stories. Fortunately in the United States, people who believe these things, literally, are a diminishing breed. 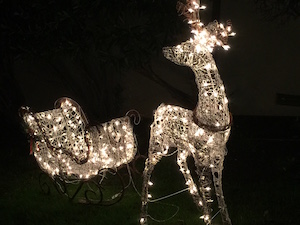 Christmas is becoming a non-religious holiday.  I’m noticing a big decline in religious-based Christmas decorations.  Look at the front yards in your neighborhood. Lots of Santa Clauses, reindeer, and snowmen, but very few baby Jesuses, or mangers, or wise men. I’d suggest this is because people are moving away from religion altogether, not just because they want to be politically correct and not insult non-Christians. 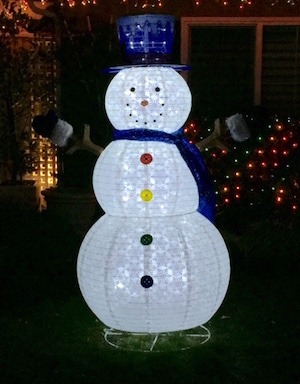 Years ago when Katy was in the first grade, we attended a meeting with her teacher and other families in early December. The teacher explained because of the time of year, she would be talking about the religious meaning of “the holidays.” She wondered, was everyone OK with that? Slowly the atheists spoke up, then the “spiritual but not religious” people, then the believers. You could feel the tension rising.

Then, one of the parents, who was Jewish, commented, “Well in our house we just celebrate the commercial aspects of Christmas.” Everyone cracked up and the tension broke. Surly that is what is happening today and being reflected in the absence of full-on Christian religious decorations in front yards. Here is my solution: 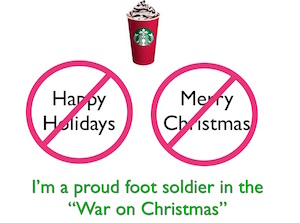 If these ideas are interesting to you, then you might like to know about the work of Sam Harris, a scientist, atheist,  and author of The End of Faith.

Here is his podcast about Islam and Christianity:

Let’s just celebrate the Winter Solstice on December 22 when the Earth turns ever so slightly and the days start getting longer. Now that is a religion I can believe in.

As George Carlin famously said: “I worship the sun because I can see it. I pray to Joe Pesci because he gets shit done.”

2 thoughts on “The Decline of Religion”