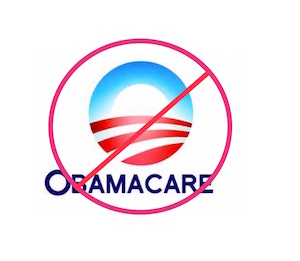 Right on Rick! You summed it up very well. As a Canadian by birth, and a naturalized American, I enjoy most aspects of living here in Silicon Valley EXCEPT for the unfair and expensive health care system. Thanks for your article.

Well said, well thought out, well researched. I’m personally perplexed by all the people (fiscal conservatives) in their 60’s who rail against entitlements yet nix thought of altering both Social Security and Medicare…their “entitlements”.

We need a single-provider, single-payer system as you say, Rick. And that (government) system needs to bargain with pharma for reasonable drug prices. Many providers are “non profits.” I think those providers’ prices would mitigate when they no longer have to gouge those who can pay, to pay for those who can’t–because EVERYONE would be covered and thus be a payer. They don’t have to make money to satisfy stockholders, so they can aim to cover actual costs. With the ACA, the insurers have just figured out how to further game the system. Now that they can’t deny coverage because of pre-existing conditions, they charge more for deductibles and co-pays. I thank heaven for Medicare. Susan, dang straight I don’t want anyone messing with my social security (that I paid into for 47 years) or my Medicare (that I paid into since it was instituted). I paid for them just as I paid into my 403(b)s and 401(k)s. They and their appreciation and interest are owed to me. I am entitled to them in the real, dictionary sense of the word.

Your piece is well thought out and well expressed, Rick. The concept of people getting rich by charging as much as the market will bear for medical necessities is morally bankrupt, as far as I’m concerned. The health insurance industry is presently an important part of the system for allocating medical resources, a necessary function that I’m sure is done more cheaply by HMO’s like Kaiser (which I think provides a positive model for how a single-payer system would work). But the other activities of health insurance companies would no longer be necessary: huge advertising and promotional expenses, salaries for legions of sales people, lobbying in state capitols and Washington DC, and people who negotiate between different healthcare providers and facilities for advantageous pricing. All of that would hardly be necessary except as part of a private Cadillac-style servicing system for the super-rich (if enough of them want it).

Employer-provided health care following WW II was a means to avoid wage controls in that era. What became a recruiting tool to differentiate employers was soon a price of entry ticket for employers. Probably cost effective in its day, but now is a hidden tax on employers. I would argue that American industry is less cost competitive on the world economic stage because employers face staggering costs … as do their employees. And, society still bears the burden of the uninsured and underinsured. What we have is one of the least efficient and lesser effective health care delivery systems in the developed world. 1st world standards of living with a 2nd class health care system equals a recipe for failure in global competition. Now let’s turn to public education funding for a less controversial topic…

This story got a huge response. Clearly, people are not happy with our current healthcare system. Thank you all who shared your thoughts and feelings about this issue. I especially appreciated Luke McGlynn’s clarification about how we got into this mess.

Years ago I heard Lee Iacocca talking about global competition. He observed, “How can I compete selling Chryslers against the Japanese car companies when their government covers workers’ healthcare and retirement expenses. Everything else being equal, that adds $700 / car to our costs.”

As if the NYT reads Let ‘er Rip, on Nov. 17 there was an open letter from cardiologist, Harry Persaud, to wit: “It is alright to collect up front through insurance premiums, but the insurance companies are reluctant to pay out for patient care.” And further: “The beneficiaries of Obamacare are big pharma and the insurance companies, along with those who run the big hospital conglomerates; while nurses and doctors are cast aside.” Exactly.

Along these same lines, the WSJ (11/20/15) ran a front page story: “Biggest Insurer Threatens To Abandon Health Law.”  United Health Group, Inc. is not happy because, “Insurers have seen higher-than-expected use by consumers that has driven up costs and lowered net revenue.” Boo-hoo. Couldn’t happen to nicer people.

The company said, “We can’t subsidize a market that doesn’t appear at this point to be sustaining itself.” Translation: our shareholders and our over-paid executives aren’t making enough money off your illnesses. Advice for United Health Group: get the hell out of this racket.

The basic problem here isn’t their precious margins, the problem is we have a morally bankrupt capitalistic model that lets the wealthy make bundles off the illnesses of the poor.

They love this model:

When are people going to revolt against this system that denies the very service they paid for?

If enough people get really pissed off about all this, perhaps some day we can dump our “reverse Robin Hood” health-care system that steals from the poor and enriches the billionaire class.