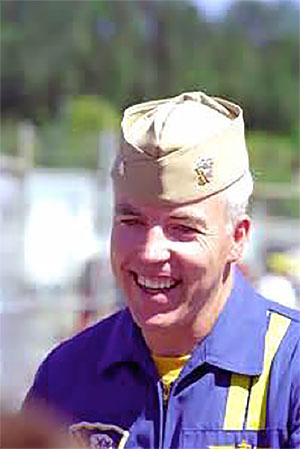 On Saturday, October 10, the Blue Angels streaked across the skies above San Francisco Bay. It reminded me of the coaching I did two years ago with a former commanding officer of the Blue Angels, George Dom. He was preparing for a TedX talk about leadership.

Captain Dom was a pleasure to work with. He was open to suggestions about how to use stories effectively, and how to tighten up the organization of his talk. Given the content of his presentation, of course, I expected to hear about commitment, trust, discipline, etc. What surprised me, though, was how important it was, according to Capt. Dom, to work out interpersonal problems within the team to achieve high-powered performance.

Remember, the pilots he led while he was commander were top- flight war fighters. These men were highly skilled fighter pilots who were trained to kill the enemy, not just put on air shows. They only get admitted to the Blues Angels if they have had outstanding military careers. These were disciplined, tough warriors.

What Capt. Dom talked about, in addition to discipline, trust, and commitment was, surprisingly, EQ, emotional intelligence. With wing tips just 18 inches apart at speeds of up to 700 mph, trusting your leader and other team members is critical.

George Dom described what happened to morale when two of his pilots had serious disagreements and began to detest each other. His job at that point wasn’t about the technology of the high speed drills, but of the sloppy arena of “emotional intelligence.” He worked with these men to help them talk through their issues and rebuild a working relationship, if not a friendship. The team continued to function as it should, performing at the highest level.

I walked away from those coaching sessions with great respect for Capt. Dom. For him, it had to be more than precision flying. It had to be about dealing with the emotional issues to build the team’s trust, leading to top-flight performance. A lot of lives depended on it.