…yelled the swagger stick wielding wannabe Marine drill sergeant, on the fourth day of “Hell Week,” as I was pledging Omega Phi Alpha fraternity. I stood in a straight line with the other pledges, sleep deprived, staring  straight ahead. All of us yearning for this to be over and to be accepted as brothers in the fraternity. 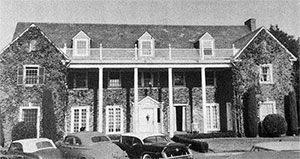 The last thing I wanted was to admit to these fraternity members that, indeed, I was a 19-year-old virgin. So, I lied. “No sir!” I shouted back. He said, “Well, why don’t you tell us about it!”

Improvising, I started describing in detail the story I’d heard from a high school friend who had lost his virginity at 16, combined with images from a Mickey Spillane novel, something about hot and heaving breasts. I fumbled through an image of unfastening three bra hooks in the back seat of a ’55 Chevy. When I’d finished, the drill sergeant yelled back, “Gilbert, I don’t believe you.”

With one day left of Hell Week, this humiliation was about over. John Lopez had already told them all to go to hell, and left the pledge class never to return (see his story, http://rickgilbert.net/#/n_1761). I, on the other hand, wanted so bad to be accepted by “the brothers,” I’d eagerly endured all this embarrassment. The bigger question, though, was why was I still a virgin at 19?

The good news is that during the summer of that year, I finally lost my virginity with a girl from our class who was not inhibited, though not a slut by any means. She was just a nice girl who enjoyed her sexuality and didn’t mind sharing it with me. I don’t recall any “hot, heaving breasts,” however.

I had been such a cherry in high school, mothers loved to have their daughters go out with me knowing they would get home on time – and not pregnant. In fact, on the special evening of our senior ball, I’d felt up my date in the back seat and then apologized to her a week later, saying: “I really do respect you,”

Oh, would I love to relive some parts of high school. (By the way, when we “lose our virginity,” where does it go? Is it like losing your car keys? Did it go somewhere else? Can we find it again?) 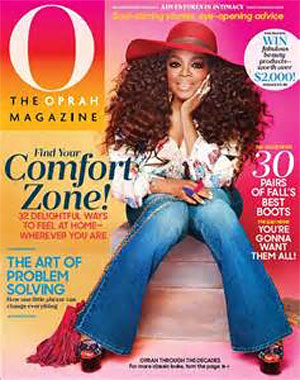 I am reminded of all this because of a terrific article in the October, 2015 issue of Oprah magazine, “The Sensuous Woman.” It is a great romp through adult female sexuality for today’s “mature woman.” It made me reflect on how sexually timid most of us were in high school in the ’50s .

For our 20 year Berkeley High School reunion I sent out an anonymous five page survey. Questions covered a broad range from drug use, marriage and divorce, death of parents, career successes and failures, net worth, to the biggest hit of all, “Where you a virgin when you graduated from Berkeley High?” A whopping 80% said yes, indeed, they were virgins. Funny, I always figured I was the only virgin in the entire senior class of BHS. Average age at loss of virginity = 19.8 years.

Given that average, in a later survey I asked when people would start being sexually active if they could do it again. All the men said earlier and all the women said later. 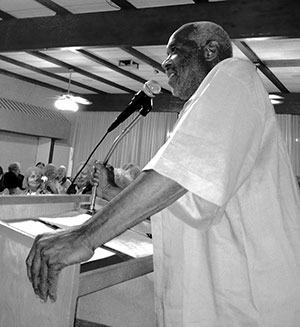 Fred DewittAt our 55th reunion, Fred Dewitt, one of the star athletes of our class, gave a hysterical overview of what he experienced in high school, including the “V” word. Like many of the guys in the class, he carried a rubber in his wallet, “just in case.” It turned to dust, never used. He lamented that, he too, was a virgin on graduation, and he too, felt like he was the only one.

He said he’d shared this story with one of the women at the reunion. He complained to her how hard it was to get a girl to have sex with him. She responded, “You never asked.” To which he said, “You mean that’s all it took?” Brought the house down.

A few choice comments I got to the virginity question on the survey:

• Sorry I was so uptight in my teenage years.

• Try everything once, keep a sense of humor, and take a towel to bed.

• It’s easier to talk about sex than money or death.

• Get all you can…but be careful of who you get it from.

For our 20th, 30th, and 40th reunions I used responses to survey questions for after-dinner entertainment – all anonymous, of course. It was like holding up a mirror to the class.

My first job out of college was working for the United States Public Health Service as a Venereal Disease Epidemiologist – “clap cop,” as I was called on the street. I went on to teach two human sexuality classes at the college level. Today, our daughter, Katherine, works at Good Vibrations in Palo Alto, a retail outlet specializing in women’s health and sex toys. Guess the apple doesn’t fall far from the tree.

My relationship to sexuality has come a long way from my lying, shameful virginal self trying to fake it at age 19. We’ve made lots of progress since the 50s when everything was so hidden and repressed. Remember, when girls “got in trouble” they just disappeared from high school. No longer. Homosexuals had to stay deep in the closet. No more. Today condoms (nay, rubbers) are sold openly in stores, and TV ads advise women to use vaginal products that make intercourse more pleasurable for the post-menopausal woman. Wow, we’ve come a long way.

So, in my next life, when the drill sergeant screams “Are you a virgin, Gilbert?” I’ll proudly say, “No, sir. Not since age 12.”

Be sure to pick up a copy of the October issue of Oprah.

One thought on ““Hey Gilbert – Are You A Virgin?””