Judging by the non-stop media coverage, I must be the only person in the entire country who was not captivated by the pope’s visit.

People turned out by the hundreds of thousands to see Pope Francis. New York and Washington DC were virtually closed down for security and crowd control for several days last week.

Pope Francis is a “man of the people.” He likes to be out there with the masses. His message of compassion is much needed in our divided country. I wonder, though, if his messages about climate change and eradicating poverty aren’t contradicted by the church’s decree about abortion and birth control. How many people are kept in abject poverty because of large families they can not support? 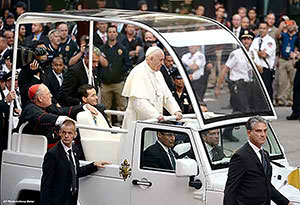 Another concern is bringing a religious leader to address the United States Congress, regardless of how gentle the message may be. What a platform we gave him. John Boehner  and Joe Biden, both Catholics, were ecstatic about the pope’s visit.

By the way, what did all this uproar cost the tax payers? Security alone in Washington and New York cost around $100,000 million. If the American catholic hierarchy wants to pick up the cost of the pope’s visit, fine. But tax payers should not.

At the risk of deeply, deeply pissing off my liberal, PC friends, I agree with Carson that we should not have a Muslim president… but not for the reason Carson espouses. Stay with me here. 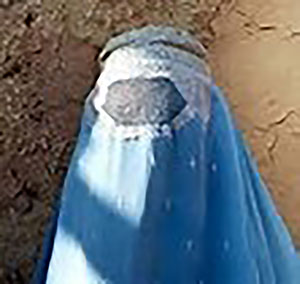 Can you imagine a seriously Muslim president stopping in the middle of meetings five times a day to pray and kneel down facing Mecca? Or, how about a female secretary of state in a full burqa covered from head to toe? It is not illegal. It is not outlawed by the constitution. It is just preposterous.

But wait, there’s more. Could we have an Amish president? Of course. The constitution has no religious litmus test for the highest office in the land. So our Amish president would not use electricity, or ride in cars because those things are not in the Bible. “Oh wait, here he comes down Pennsylvania Avenue in his horse-drawn buggy.”

How about an “observant Jew?” Consider Joe Lieberman who ran for vice president in  2000.  According to his religion, he would not be able to touch light switches on Saturday. Really?

How about a fundamentalist Christian in the White House (think Mike Huckabee). Suddenly we’d have creationism taught in the schools. We’d be doing even less for global warming because, after all, “It is in God’s hands.” Women would have zero access to abortion, and Planned Parenthood would be a distant memory.

It would be OK for state and local bureaucrats to refuse service to people because of their “deeply held religion beliefs” (think Kim Davis in Kentucky refusing a marriage license for a gay couple.) “Faith based” would be the rule of the day.

How about a Jehovah’s Witness president? If parents had a child who needed a transfusion, they would be allowed to let the child die.

Perhaps a Christian Scientist president would not seek medical attention for his ruptured appendix. He would pray instead. He would die in office.

The list goes on and on. My point here is that the Ben Carson dustup highlighted the sensible dictate in the Constitution that there be – no, zero, none – litmus test for religious preferences for someone to hold public office. Apparently we must continue to fight for the separation of church and state.

Bottom line, how about an atheist for president? Yes, I understand this is “a Christian nation, ” but let’s keep people’s “deeply held religious beliefs” completely out of government.

* See the moving story of how five-year-old Sophia Cruz broke through the lines to meet the pope and give him a letter about immigration. Don’t miss the video. I’ll make you cry: