How men ruin a romantic evening 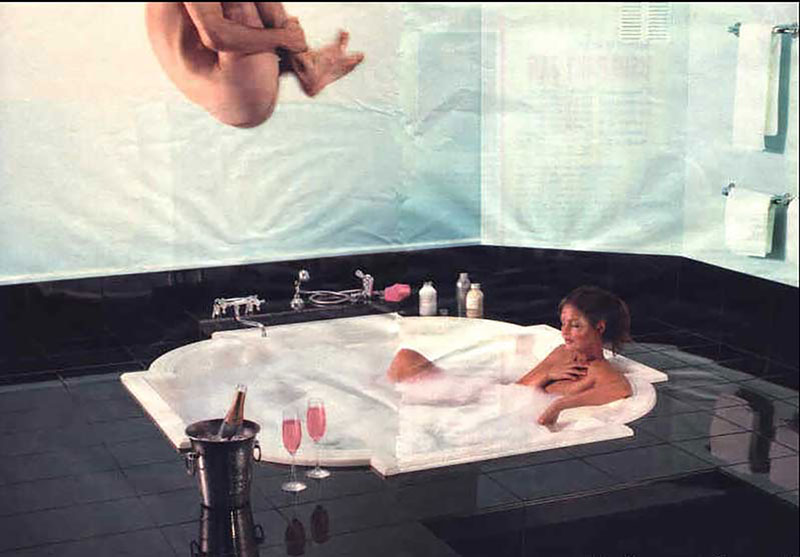 The World According to Brooklyn Tony*

(warning: contains profanity – not appropriate for all ages)

One day, during lessons on proper grammar, the teacher asked for a show of hands from those who could use the word ‘beautiful’ in the same sentence twice.

First, she called on little Suzie, who responded with, ‘My father bought my mother a beautiful dress and she looked beautiful in it.’

‘Very good, Suzie,’ replied the teacher. She then called on little Michael.

‘My mommy planned a beautiful banquet and it turned out beautifully.’

Then the teacher reluctantly called on Brooklyn Tony.

‘Last night at the dinner table, my sister told my father that she was pregnant, and he said ‘Beautiful, just fucking beautiful!’ ‘

Brooklyn Tony returns from school and says he got an F in arithmetic.

The teacher asks her class, ‘If there are 5 birds sitting on a fence and you shoot one of them, how many will be left?’ She calls on Brooklyn Tony.

He replies, ‘None, they will all fly away with the first gunshot.’

The teacher replies, ‘The correct answer is 4, but I like your thinking.’

Then Brooklyn Tony says, ‘I have a question for YOU. There are 3 women sitting on a bench having ice cream: One is delicately licking the sides of the triple scoop of ice cream. The second is gobbling down the top and sucking the cone. The third is biting off the top of the ice cream. Which one is married?’

The teacher, blushing a great deal, replied, ‘Well, I suppose the one that’s gobbled down the top and sucked the cone.’

To which Brooklyn Tony replied, ‘The correct answer is the one with the wedding ring, but I like your thinking.

Why men are not allowed to write advice columns*

I hope you can help me here. The other day I set off for work leaving my husband in the house watching the TV as usual. I hadn’t gone more than a few hundred yards down the road when my engine conked out and the car shuddered to a halt. I walked back home to get my husband’s help.

When I got home I couldn’t believe my eyes. He was parading in front of the wardrobe mirror dressed in my underwear and high-heel shoes, and he was wearing my make up.

I am 32, my husband is 34 and we have been married for twelve years. When I confronted him, he tried to make out that he had dressed in my lingerie because he couldn’t find his own underwear. But when I asked him about the make-up, he broke down and admitted that he’d been wearing my clothes for six months. I told him to stop or I would leave him.

He was let go from his job six months ago and he says he has been feeling increasingly depressed and worthless. I love him very much, but ever since I gave him the ultimatum he has become increasingly distant. I don’t feel I can get through to him anymore.

Can you please help?

A car stalling after being driven a short distance can be caused by a variety of faults with the engine. Start by checking that there is no debris in the fuel line. If it is clear, check the jubilee clips holding the vacuum pipes onto the inlet manifold. If none of these approaches solves the problem, it could be that the fuel pump itself is faulty, causing low delivery pressure to the carburetor float chamber. I hope this helps.