Talk about connecting two hearts. My friend Harlan Crowder got this amazing shot in Cuba of a girl and her mother. It may be the first time the girl had been photographed. Her mother was thrilled. Here is how Harlan describes what happened: 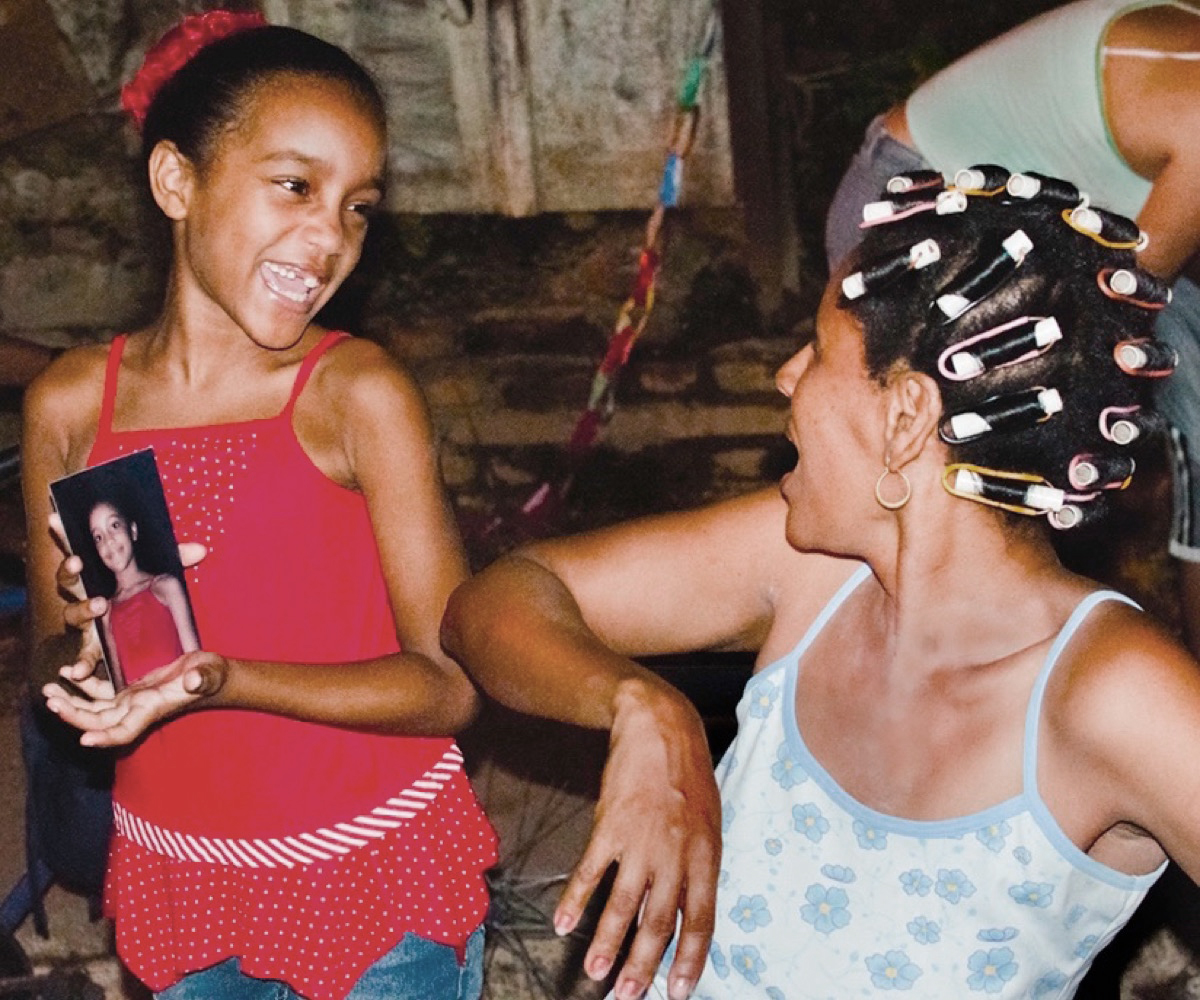 Our travels took us to the old colonial town of Trinidad on the southern coast of Cuba. One night we were invited to a block party in a working-class part of town. The event was sponsored by the Committee for the Defense of the Revolution, and the local block leader welcomed us with a brief and — surprisingly — nonpolitical address. This was followed by a short program of the resident children singing songs, reciting poetry, and one young man demonstrating his considerable gymnastic talents. They then played music over the PA system and our group and the neighbors all danced together and had a grand time.

One member of our group had brought a small, shoe-box-size photo printer. With his printer and digital camera, he set up an impromptu photo studio in the middle of the street and started making and printing photographs of the children.

It’s not an exaggeration to say that the place went nuts; many of the kids had never had their pictures taken. But the most emotional reaction came from the parents as they were able to see and hold a picture of their kids. I realized at some point that we weren’t just making photographs; we were making family heirlooms.

This perfectly timed picture is typical of the kinds of reactions the photos evoked between the kids and their parents.

To see Harlan’s other work: http://harlancrowder.com/#/nahara/

One thought on “Photography: the Shortest Distance Between Two Hearts”