Like many people, my childhood attempts to learn music had been painful affairs. For example, a piano teacher, Miss Terwilliger, who would rap my fingers with a pencil every time I hit a wrong note. At 37, though, I resolved to try music again—this time with the tenor saxophone. 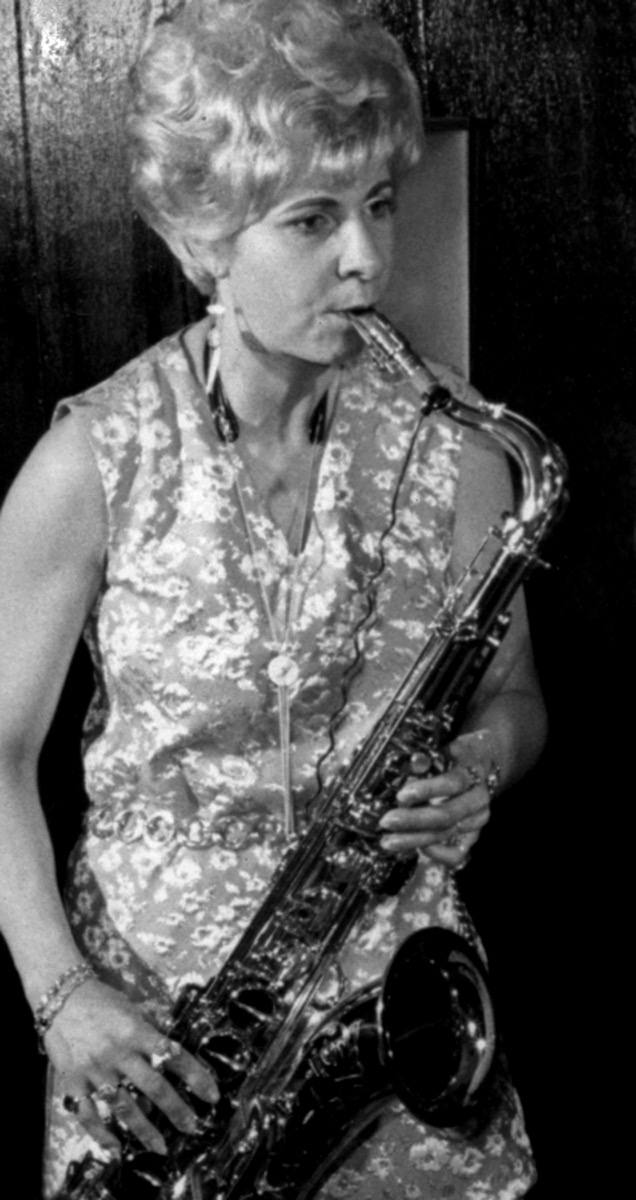 It all began at a music store in San Rafael, California in 1976 called “Fourth Street Music.” My saxophone teacher was a platinum blond named Dena Pappas. She was the lead player in a group called “The All-Girl Rock and Roll Band” that played at The Condor Club in San Francisco’s North Beach.

At my first meeting with Dena, she asked what I wanted to play. I said, “The tenor saxophone.” She asked, “Then why do you have that little alto?” “Because my other teacher said I wouldn’t have enough breath control for a tenor,” I replied hesitantly. Dena said, “Oh bullshit. Here, try this,” and she handed me her huge, gold, rhinestone-studded, Selmer Mark VI tenor saxophone. I played the scales, and the low notes made my guts vibrate. I was home. This is what I came for.

After a few lessons, I’d mastered one song, “When Johnny Comes Marching Home.” As I practiced, Dena and I stood side by side playing together. I’d miss one note after another, and she’d yell: “It’s not about perfection, Rick. Let ’er rip!” and off we’d go. Dena thought music lessons should be fun. What a concept. Eat your heart out Miss Terwilliger.

In the middle of my sixth lesson, Dena got up to move the music stand and almost fell down. She braced herself on the table. She turned and said, “I’m not drunk. I have MS. I’m going to stop giving lessons. I’m sorry. I’ve enjoyed working with you.” I hugged her and said goodbye. Sadly, I returned my rented saxophone. Without Dena, I didn’t want to go on.

Many years went by. I left Marin for a career in Silicon Valley. By the early 90s, PowerSpeaking was going strong. I often told the story of Dena to give people courage to get up and just “Let ‘er Rip.”  I told the story to a class at Fair, Isaac in San Rafael. I fellow came up to me and explained his parents owned a music store in San Rafael and had known the people who owned Fourth Street Music.

Hoping to find Dena, I got in touch with them in Sparks, Nevada, where they had retired. They said Dena taught for them for many years. She was loved by everyone. Their son played guitar at a local coffee house. There would be Dena sitting in the front row shouting words of encouragement to him. They told me she had worked at a law school book publishing company in San Francisco, and that she’d passed the California bar exam about the time I knew her.

I called the book company. They said she now lived in Mesa, Arizona, and gave me her address. Immediately I wrote to see how she was and tell her what she’d meant to me. Weeks and weeks went by. Finally, I got a call. Her partner, Pat, explained that she was still alive, but bed ridden. She held the phone to Dena’s ear. I reintroduced myself and praised her teaching methods, especially that she let me play her saxophone the first time I met her. She retorted, “For Christ sake, why wouldn’t I?”

Two weeks later I was in Phoenix doing a workshop for Motorola. I arranged a visit. She and Pat lived in a modest one story cement brick house. She was in a bed in the living room only able to move her head and talk. Her hair, now brown, had been done up and her fingernails nicely polished. The flowers I sent before the visit were on her bedside table. We talked for about an hour.

“You made music so much fun. I felt unbridled encouragement from you, not picky little corrections about my mistakes,” I told her. She softly responded, “Why wouldn’t everyone teach that way?” I said, “Trust me, among music teachers, you are unique. I tell your story about ‘Let ‘er Rip’ to thousands of people. Your legacy lives on.” Her eyes got moist. She thanked me for coming. I hugged her and said goodbye. She died a week after my visit.

I wondered what it would be like to have a former student come to you on your death bed and tell you that you changed their life. 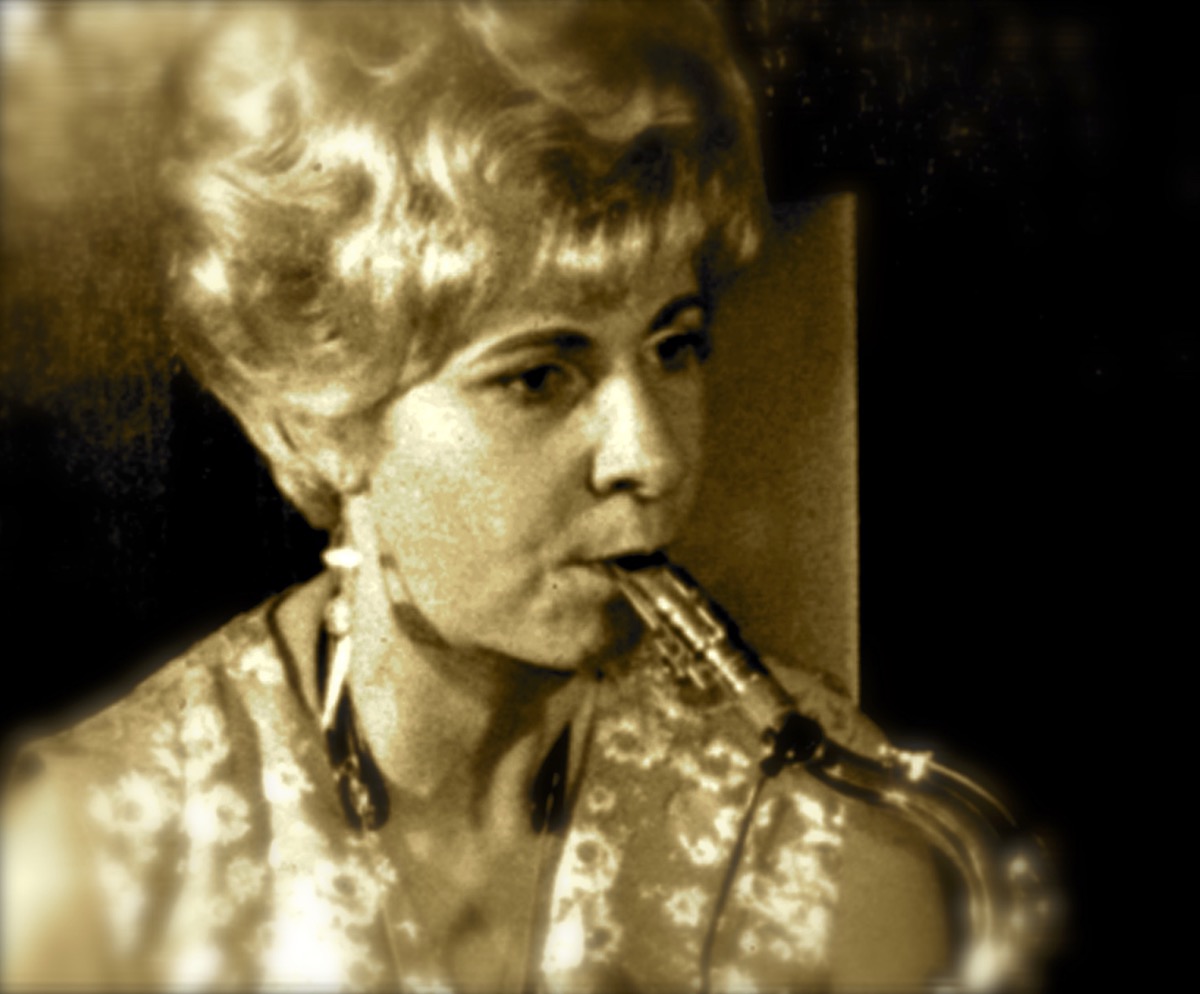 Dena had gone to Julliard, to law school, passed the bar, had a career in the Marines, and been a successful musician. But her life had not been easy. Her brother tried to beat her up when he found out she was a lesbian. Pat had to lock her in the bathroom as he tried to break down the door. The police came. In her final months the VA did little to help her as she breathed her last. She had nothing when she died, save the beautiful Selmer sax. Pat asked me if I wanted to buy it. I didn’t have the money at the time. What a mistake.

I will never forget Dena Pappas and her joie de vivre.