The pretty blond in her late 20s had been quiet during the first three meetings of our group. This meeting, though, something was different. As we went around the room and everyone checked in, she was visibly upset, and, as usual, said little.

About twenty minutes into our meeting with attention on someone else, she began to sob. Conversation stopped. Everyone looked at her expecting some explanation. We wanted to know what was wrong. Whatever it was, it was tearing her up. Her sobs got louder. She sat on her pillow wracked by the sobbing, her shoulders moving up and down, head bowed. 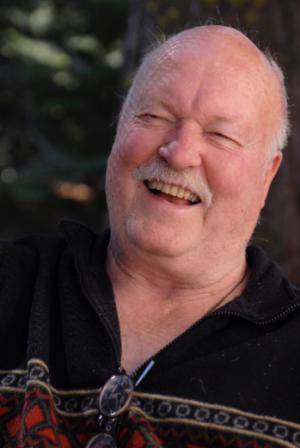 My close friend and co-leader, Don Schaller, quietly got up and moved across the circle and sat next to her. She continued to bawl her eyes out. No one probed. No one asked “Why?” Don put his arm around her shoulder and drew her close. She buried her head in his lap, still wailing. This went on for ten more minutes with no one disturbing her meltdown with questions, or “help.”

Don began singing “Sunrise, Sunset” from Fiddler on the Roof. The young woman’s crying tapered off. The group sat in silence. All of us were deeply moved. She finally composed herself. The group moved on.

One season following another,

She continued in the group until it was over a few weeks later. We never learned the “what, where, why” of her distress. It simply did not matter. She felt our support. Don worked a miracle that day. 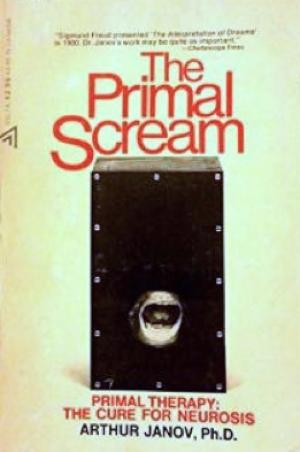 In 1970 primal scream therapy was rocking the psychotherapy world. Arthur Janov’s book, “The Primal Scream” was well written and persuasive. He claimed primal therapy “cured” neurosis. Other therapies made no such claims. Of course, I jumped in with both feet.

Primal therapy was extreme and shockingly different than the other “talk therapies” of the day. First of all, the therapy began with the “patient” living for three weeks in isolation in a motel room. You were not allowed to talk to anyone except your therapist who you saw every day. No movies or TV. No reading, except your own journals or things from childhood.

The goal was to sink fully into all the repressed, unfelt pain of childhood. Therapy sessions were pre-verbal. No dream analysis. No psychological explanations, just pure feeling. Patients lay on a mat on the floor. The therapist sat near your head and cajoled you to sink ever deeper into your pain. He’d say things like, “Daddy was never there for you. Tell him now how that made you feel. Go ahead. Don’t hold back. Yell at him now.” The idea promoted by Janov was that as all this hurt and rage came out, at some point, the patient would reach rock bottom with a scream of agony that would rock the rafters. Bingo – that was the end of neurosis. Ah, if it were that easy.

There were four or five therapy rooms where I had my therapy. When all us patients got in touch with that bottled up rage, the joint was rocking. Must have sounded like one of those insane asylums from the middle ages. Don’t know how the neighbors put up with it.

After my three week intensive was over, I continued to see my therapist twice a week. One of those meetings was a group session in the evening. Now imagine, six or seven primal patients on their backs in a partially darkened room sinking into all that pain. Three or four therapists roamed between crying, screaming patients urging them to sink further into their pain. What a zoo.

After one of these sessions as we sat in a circle sharing our experiences during the last hour and a half, a shaggy haired young man sitting next to me said he’d had a breakthrough: “I got so far into my pain that I peed in my pants.” Everyone applauded this choice bit of psychic sharing. I moved over two feet.

Whether this experience “cured” my “neurosis” or not I’ll leave to others (like my wife) to judge. It was fun and liberating to scream my guts out at all my real or imagined slights at the hands of my parents, teachers, relatives, or whoever. In one session I even broke my belt strangling a pillow. As a psychologist in training, though, it was valuable experience for the time a few years later when I worked with truly mentally ill people.

The end of this story came a few months later when I returned home after an evening session. I explained to my first wife, Rosa Lee, that I decided my therapy was over. I was done. Her response, “What? That’s it? You’re not going to get any better than this?” Hmmmm, that should have been a tipoff that the marriage was not going to last.

Toward the end of my career as a consultant / psychologist / therapist, I took a one year training in family therapy at the Family Service Agency of Marin. I was deep into family systems theory. The training was excellent. We sat behind one-way mirrors and watched journeyman therapists apply their trade with families in distress. There were six of us in the intern group.

As the holiday season rolled around, we decided to have a party for local therapists and do a family therapy demo for them to watch through the one-way mirror. We decided the demo session would actually be a skit which we wrote. Acknowledging both the discipline of family therapy and the season of the year, we performed a skit in which the holy family came for counseling. 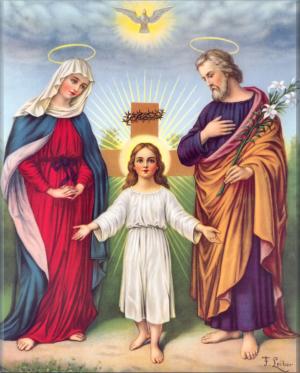 It was hilarious (we thought). The IP (identified patient) thinks he is God or, the son of God. His mother says she is a virgin. The father is resentful that his wife got pregnant from someone else. And, BTW, the son could only get pick up work as a freelance carpenter and spent his spare time preaching around town. He also claimed to have performed miracles. Additionally, he had socialist tendencies, wanting to kick the money changers out of the temple. Clearly, a family in distress.

We had a seven page script and appropriate costumes, including robes and sandals. Of the 20 people who attended the party, most found our skit fun. Some, however were deeply offended. We were reprimanded by management.

Meanwhile, back at the Crisis Unit

The 6’4″ 280 lbs former Special Forces paranoid schizophrenic soldier was crouching in the corner of his room, eyes wide, terrified look. He was seeing Viet Cong all around him. Our job was to get him into four point restraints so he could receive a shot of Thorazine. There were four of us quaking in our shoes. We each took a limb. After a brief struggle, we got him sedated.

I was working on the Crisis Unit at Marin General Hospital. I was 39 years old, weighed 150 lbs, and had not been in a fight since junior high. I reflected, “Why am I doing this? I’m being paid $7.50 / hour and have no medical benefits. I could get seriously hurt. Time for a change.”

On top of that blinding flash of the obvious, I began to notice a disturbing inner voice during intake sessions. For example, a person with a diagnosis called borderline personality disorder, would be sharing their fantasies of suicide, “I want to kill myself. I’m thinking of going to the Golden Gate Bridge.” 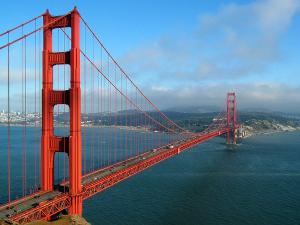 On the outside I appeared appropriately therapeutic. I was listening well, being empathic, and encouraging problem solving. On the inside, I was fed up with all this manipulating behavior. A little voice in my head was screaming, “You know, Bob, in your case, I totally agree. It is time for you to take yourself out of the gene pool. We are all sick of you around here. You have a huge medical record and are making zero progress. I’ll give you a ride to the bridge.”

Clearly, it was time for a change. I retained a career consulting firm and started to “repackage” myself. A year later, I joined a training team at Hewlett-Packard and never looked back. As I settled into my new life, I was shocked to see how much my psych background was helpful in my corporate role. To my delight, I opened up our management training workbook, and there, on page 25 was Abe Maslow and self actualization. I had left psychology forever, but found all that training invaluable in both my corporate work and in PowerSpeaking. Hooray for Carl Rogers, Rollo May, Sigmund Freud, and Ib Harris.