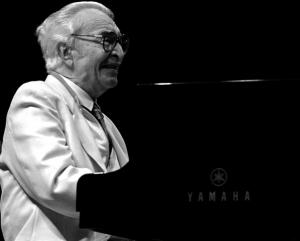 I’ve lost three friends in the past several months. Lately, I’ve been very reflective about how short our lives are and how we spend our time, even up to the end. 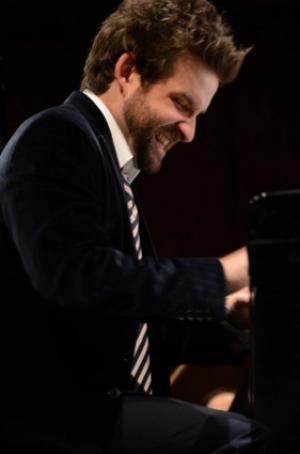 Last January, Mary and I went to a concert to see Taylor Eigsti play with the Peninsula Symphony Orchestra. It was a wonderful evening of Brubeck and Gershwin.

Introducing a Brubeck number, Taylor reflected on being at Brubeck’s home about a month before he died. Dave was weak, but still working. He said Dave had a small Casio piano at the dinner table and was arranging on it between courses. Working on his love right up until the end.

Sometimes it seems the old masters will never be surpassed, yet the next generation keeps it moving forward. We should all be so lucky to work on what we love before we check out. 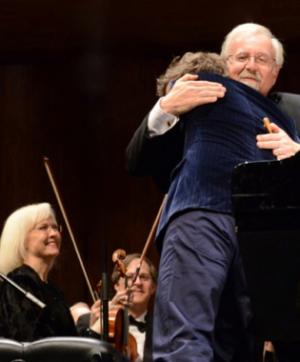 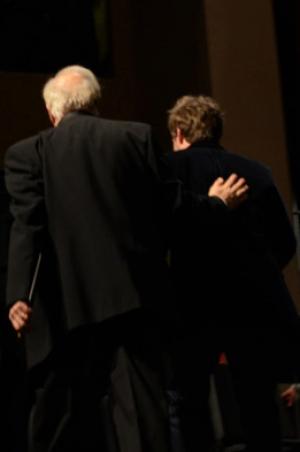 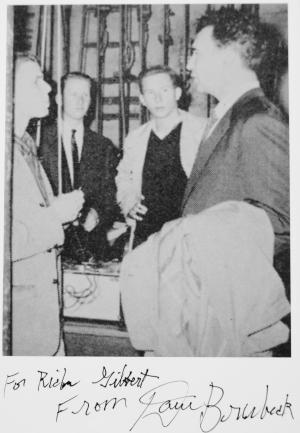 In 1957, as a senior at Berkeley High School, I was editor of “Berkeley Highlights,” our weekly radio show. In that role, I got to interview Dave Brubeck when he came to play at BHS.
I didn’t know what to say. I stumbled through some questions about his background and his thoughts about the relationship between classical music and jazz. I don’t remember anything more about the interview or about the concert. Years later, I sent him a copy of this photo from our yearbook. He graciously autographed it. It is one of my most prized possessions.

5 thoughts on “Dave Brubeck Played Until the End”