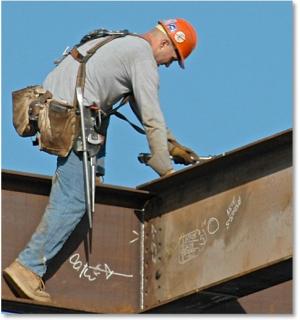 This is Mike Carter working on the theater building in downtown Redwood City in 2005. Unfortunately, Mike died a year later in a fall working on the Stanford Stadium renovation.

I heard about this from Kevin Arucan, who was working with Mike when he died, and had to tell his wife and two daughters. “It is hardest thing I’ve ever done,” Kevin said.

Iron workers live with the constant awareness of possible death or serious injury every day. They have a culture of “I’ve got your back.” Kevin took a month off after Mike’s death. He has a tattoo to commemorate Mike: 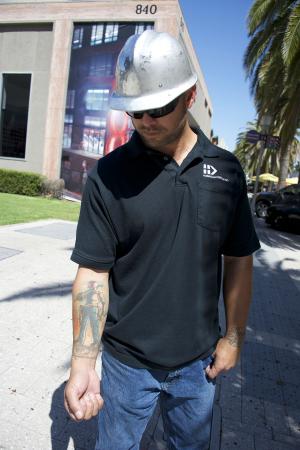 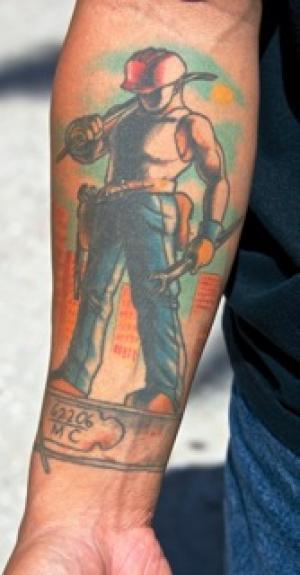 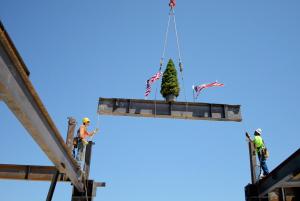 When the iron workers’ part of a building is completed, there is a huge ceremony to install the final beam. That happened for Crossing 900 last week. As city and construction company officials looked on, Dave and Danny gently moved the final beam into place. 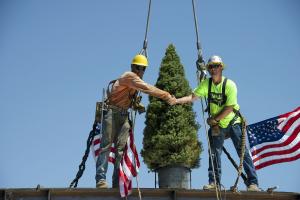 A huge roar went up from the street below when the last bolt was put in place.

The flags symbolize the completion of the project. The Christmas tree says to the world, “No one was killed on this project.”

This was especially poignant for me since I had just heard the story of Mike Carter’s death. The Stanford project had no tree. 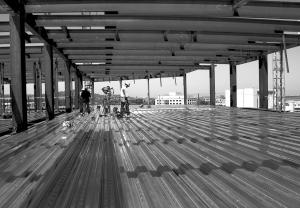 Iron workers remind me of firefighters and other “first responders.” They do dangerous work, at times even heroic. They are not paid as well as they should be compared to other trades, especially considering the risk. Think of the work most of us do. Hardly life threatening. Accident of birth. We should be grateful to the people who do this work. 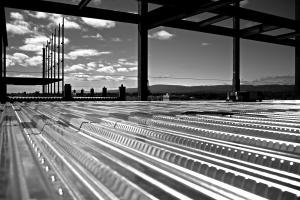 During this project, I’ve gotten onto the building twice with my camera. The view from the top is spectacular.

The iron workers will now move on other project locations. My life has been enriched getting to know them. 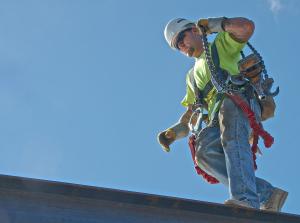