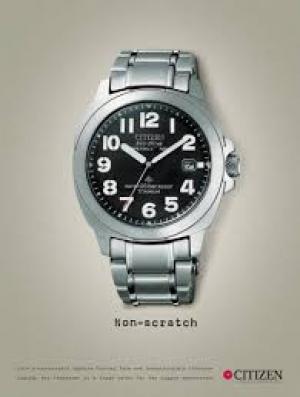 Several years ago, it appears that the United States Congress passed legislation regulating an out-of-control problem that effects all US citizens: the danger of wrist watch ads with hands pointing to random numbers on the watch dial. The law requires ALL ads to show hands at 10:10. Whew. One less thing to worry about.

Imagine the chaos if hands pointed anywhere on the dial. The end of western civilization would be a certainty. Some say it is to allow the manufacture’s name to be clearly seen. Others say it is to portray a happy face.  With hands pointing to 4:40 we would all spiral down into depression because that would be a sad face.  Conspiracy theories suggest it was the time Lincoln was assassinated, or the time the A-bomb was dropped. Why we would want to be reminded of those events is a mystery.

Let ‘er Rip suggests that we help start a grass roots rebellion: buy your watch from a manufacturer that has the courage to show hands at random positions! People would suddenly be free to do whatever they wanted in life. No more control by Big Brother. You have nothing to lose but your chains!

One thought on “Breaking News!”