A Remarkable Day of Free Writing

Saturday, February 1, 2014 I attended a one day Stanford writing class on breaking the rules with Ellen Sussman. We did a series of short, timed exercises. Here are some of mine: 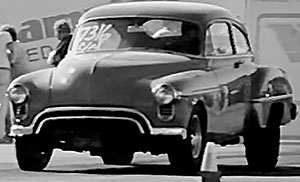 Assignment #1: Three things you were told never to do

Something to Look Forward To

Slurring her words through her alcoholic haze, my mother said, “I’ll give you one hundred bucks if you don’t drink before your 21st birthday.”

Lighting up another unfiltered Pall Mall, her voice getting louder and her eyes more unfocused, she cajoled, “I’ll give you another goddamn hundred bucks if you don’t smoke before you turn 21.”

This was just the warm up. Pointing her cigarette-stained finger into my chest, lowering her voice, she said “And never have sex too soon in a relationship. It’ll give you something to look forward to.” She then collapsed back onto the sofa and passed out.

I never collected the $100. What I did find out about sex though, was that the sooner I had it, the better because it did give me something to look forward to… the next time.

Knock at the Door 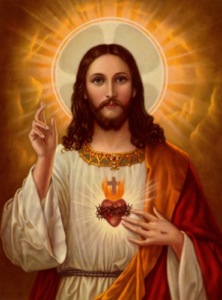 Bob’s eyes fluttered open. The clock said 2:45AM. He heard it again, “bang, bang, bang” on the front door. “Open the door you atheist scumbag!” Bob slipped into his robe and stumbled down the stairs thinking, “What the hell is this?” The banging continued, “Open up goddamn it.”

Bob slowly opened the door keeping the chain on. He peeked through the crack and was stunned to see a six foot tall man with a beard, long hair, and wearing nothing but a white robe and sandals even though it was dead of winter. Standing under the porch light, which cast a kind of halo around his head, he looked just like Jesus Christ, Bob thought to himself.

The tall stranger then said to Bob, “Let me in. I’m Jesus Christ. I have returned, and this is judgment day.” Bob laughed out loud, and without realizing the irony of it, blurted out, “Jesus Christ, you don’t expect me to believe that do you?”

The stranger easily broke through the chain on the door and planted himself in the middle of the hallway. In a quiet, assured tone, the stranger said, “No, really, Bob… I am Jesus and I have come back to earth. This is the real deal.”

Bob saw the wisdom and kindness in the man’s eyes and suddenly realized, it really was Jesus. Bob fell to the floor on his knees and started crying. Jesus said, “I’ve been watching you, Bob, and noticed you dropped out of the Mormon church and joined the atheists. Not a good move.” Bob could hardly breathe.

Jesus continued, “I’ve selected you to be my public relations man since you are a VP at BBD&O. I’m going to need some top tier advertising to help with my so-called ‘Second Coming.'” He went on, “Now, Bob, your life is about to change. I want you to make two phone calls. The first will be to Salt Like City. Your second call will be to The Vatican. It will be hard for the pope to hear that the Mormons were right all along.”

Bob’s life changed forever that night. A short time later, Jesus forgave him for his mistake of leaving the church. After all, he had been duped by the liberals on NPR and MSNBC into thinking there is no God. He was then taken to Heaven where he heads up print and TV advertising for the “Second Coming.”

My older brother, Tim, was always my hero. He was cool. He taught me so much that was useful in later life: how to drive, how play the guitar, how to throw a curve ball.

When I was 14, I became very hung up about sex, especially about jacking off. It all happened after our mom came barging into my room and caught me jacking off to the playmate of the month. She turned on her heel and said “That is disgusting.” I felt so ashamed. I became withdrawn. I started seeing a therapist.

A couple of months later, I confided to Tim what had happened. Laughing out loud, he said, “No problem. She caught me too.” But Tim knew no shame. Didn’t phase him. He said, “Look, jacking off is good for you. Do it as often as you can. Mom is soooo full of shit.”

As a high school senior, Tim started seeing a married woman with two kids. He told me in great detail about their liaisons – and not just the sex part, but also about their fear of getting caught. Tim liked the trill of it. She felt it was retribution for her husband’s affairs.

But none of that mattered to me. What did matter is that Tim showed me how to have sex, and that it was nothing to be ashamed of. In my room, he even showed me how to unhook a bra strap with one hand. Best of all, he taught me how to pleasure a girl, and what the clitoris is all about. My confidence soared. I quit therapy.

By the time I was a senior myself, I’d had slept with five girls and felt like quite the stud. I’ll be forever grateful to Tim who helped me face down these horrible sexual demons I’d been struggling with.

By the way, Tim’s married girlfriend got divorced and is happily remarried.

Assignment #4: Write from the perspective of an inanimate object

Gravy, grease, and red wine gets spilled on me every Thanksgiving. Hell, it’s the only time I see the light of day. You see, I’m their finest Chantilly Lace tablecloth. They keep me neatly folded up in the drawer until all hell breaks lose every Thanksgiving.

About 11:00AM on the last Thursday of every November, the drawer flies open, they yank me out, shake me out and toss me across the big dining room table with the expansion leaves in place for the huge crowd about to descend on our house.

But this story isn’t about me. Oy…the drama. It was Thanksgiving, 2000, when Mark came home from college. What an uproar. I thought someone was going to get killed. The presidential election had just happened, but it was so close, the winner had not yet been determined.

They were half way through the dinner when the election came up. I thought to myself, “Oh shit, not this.” The patriarch of the family is named Tom. He is a very successful business man. He owns the biggest car dealership in town. He is president of the Rotary Club, and active in the Chamber of Commerce. He is a God-fearing Methodist, and a fire-breathing republican. The conversation turned to the Bush v. Gore supreme court case. Tom said “Clearly Bush won. Why all the debate?” Mark shot back, “Hell the two parties are the same. They are both owned by the economic royalists who run this country.” Tom’s veins in his neck and forehead started to bulge.

Mark threw gasoline on the fire: “In my economic theories class we learned about a nineteenth century economist named Karl Marx who said the workers should own the means of production.”

I thought Tom was going to have a heart attack. He bellowed at the top of his lungs, “Goddamn it you little pinko. What the hell do you know? If those professors of yours are so smart, why aren’t they rich?” Drinking more wine, Tom sputtered on: “I’ve heard of college wrecking families, but I didn’t think it would happen to ours.”

Finally, the pumpkin pie came and they all went into the den to watch football on TV. A few hours later, I was safely back in my drawer.

Waiting for next year.

Oh My God, They’re All Dead

The Lodi drag races were over at 3:30 on that overcast Sunday afternoon in March of 1957. Fred and Geoff had both raced their hot 1950 Oldsmobiles. There were ten of us between these two street rods.

As if by second nature, when we pulled out of the muddy, rain-soaked parking lot, we immediately started racing. Within a mile, Fred’s car was way ahead of us. After all, he had a 3/4 race cam and fuel injection. We didn’t have a chance.

Winding around back roads outside of Stockton, we laughed as we recalled the various screw-ups of the day, like a flat tire and a busted fan belt. Our jovial mood was shattered as we crested a hill to see Fred’s car up against a telephone pole.

The hood, trunk, and doors were flung open. Bodies were strewn  all over the road. We were terrified. We skidded to a stop. Both doors flew open. The five of us rushed over to the wreck, hoping to help our injured or dying friends. I noticed there was no blood and no one writhing in pain. As we got closer, our friends leaped to their feet and started laughing hysterically. We’d been had.

That was almost 60 years ago. I remember it like it was yesterday.

3 thoughts on “Day of Free Writing”