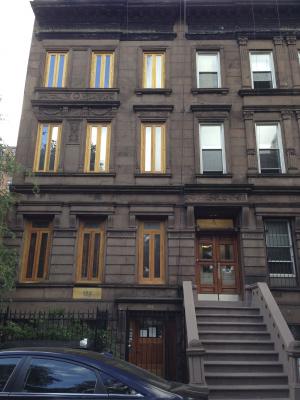 End of week #1. Staying with Ray and Harriet Mayeri in their great west side abode. Have my own apt. Very cool.

Sunday, Ray and I headed out for an adventure. First stop: B&H Photography, a “Mecca” for photographers. 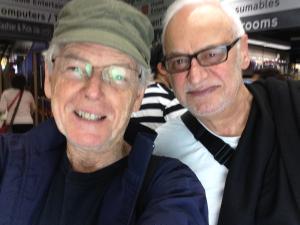 Acres of stuff I don’t need, but can’t resist. Do I really need yet one more mic for video recording? Credit card stayed in my pocket. Ray reminded me not to call it “Mecca.” 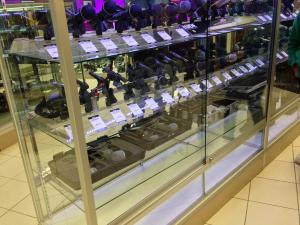 Met Gianluca Vassallo who takes portraits for free then posts them on his site. He is driven by the idea of intimate, short interaction with strangers on the street. Both Ray and I had portraits done. He uses a Canon with a 50mm 1.8  lens. See his work at: www.gianlucavassallo.it. 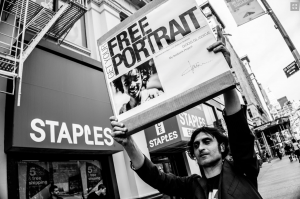 This drummer used two hand drums, a small bass for his right foot, and bells on his left foot. Truly a one man band. I tossed in some $, then sat and played with him for five minutes. He blessed me and called me “brother.”

Highlight of the day was a jazz club we visited around the corner after dinner. Sunday they feature locals who drop in for a jam session. Highlight was a torch singer named Carrie Sooter. Blew us out of the water. Sultry, emotional, deeply connected to the music. From 40 feet away at ISO 6400, got this image. Love my Nikon D800 with its 36MP. 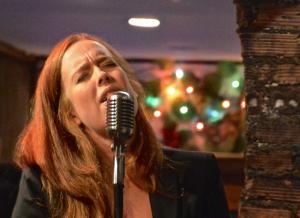 Monday night we’re off to see “Janis Joplin”, a new Broadway musical. Since “Love Janis” was the best musical I ever saw, I’m really looking forward to this one. You may know I shot a roll of film of Janis in Golden Gate park in 1966. She really matters… 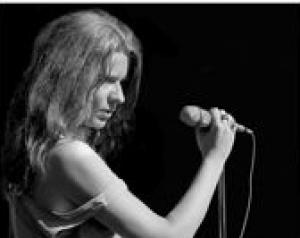 One thought on “A day in The Big Apple!”