While doing two presentations at Hallmark Cards in Kansas City for the past two days, I stayed with Luke McGlynn (Mary’s brother) and his family. Luke’s wife, Nicole Emanuel has been an artist and muralist of some renown. She is deeply engaged with the KC art scene. Recently the Jewish Community Center had been experiencing waning interest and dropping attendance at their events. They decided to bring in art and music to re-engage the community. Nicole has been spearheading this event and working with seven other artists. Their show is September 29. 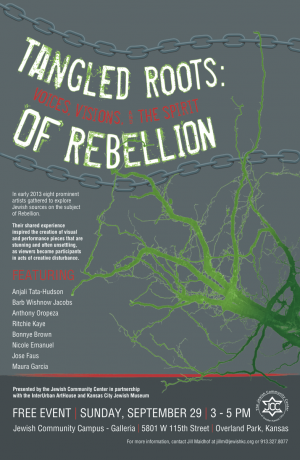 Part of Nicole’s contribution is a glass house with three paintings on mirrors. She chose to profile three women she admires who fit the theme of rebellion, her great grandmother, Ita Halsman, Malala Yousafazai (the young Afghan woman shot by the Taliban for fighting for girls education rights, and Harriet Tubman, the former slave who helped free slaves in the Underground Railroad during the Civil War.

I arrived at Luke and Nicole’s house on Tuesday evening. As we all settled down, I watched in amazement as Nicole sat at the kitchen table smearing paint on three mirrors, then wiping it off with a damp cloth and scratching at the dried paint with a box cutter. In just a few hours, she created these haunting images: 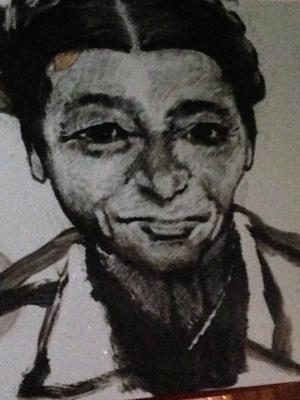 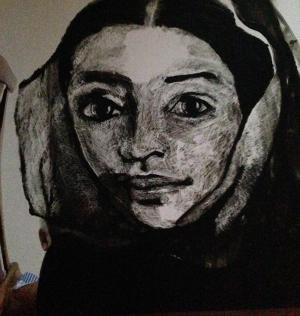 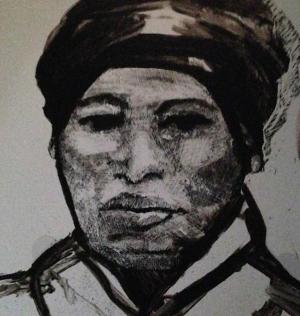 What a talent. I was privileged to watch this art evolve, which for Nicole seemed like no big deal.