Staying in a terrific AirBnB in Logan, Utah. Great couple in a beautiful home. Here is my private office (eat your heart out Marriott): 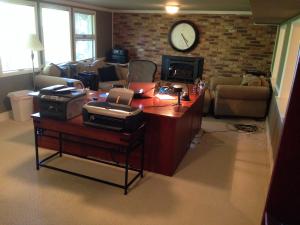 The husband works for a supply chain consulting firm based in Boston. He showed his boss my book. The boss was very impressed. They work for clients like Coke.Hmmmm? Who knows where that could go.

Dinner with Dick Anderson, the GM of the HP division where I worked in 1982. The book starts with my disastrous presentation to his team. We talked about all of that over dinner. His thought about the difference between engineering and science: “Scientists speculate. Engineers innovate.” He was pivital in getting me the presentation today at Utah State University. He will attend my talk. 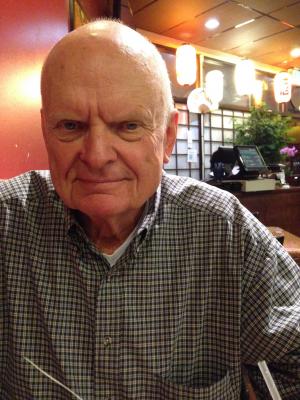 He remembers going on a sales call with David Packard after the time Packard worked as Under Secretary of the Army. Packard was invited to visit McDonnell Douglas and invited Dick to go along in his role as head of the Measurement Systems Division. They were the first people to see a prototype of the F-15, the most advanced fighter in the US arsenal.

During the meeting in John McDonnell’s office, a call came in for  David Packard. He stepped out to take the call and returned to tell the group it was Melvin Laird, his former boss, announcing that the Americans had just signed the SALT treaty with the Russians. McDonnell then commented that this meant his company would lose three contracts because of the treaty. Dick felt privileged to be a witness to history.
So this raises the question about who makes money off war. I recall Eisenhower’s famous quote about the military / industrial complex.