My PMS 80.0  show on Saturday April 13 reminded me of the old (tasteless) joke: “Well, other than that, Mrs. Lincoln, how was the show?” Three hours before show time, I got a notice that the theater had cancelled the show because of a power outage in downtown Redwood City. WOW. Over 80 people coming, some from as far away as Truckee and Fresno. Six months in development. Poof. Gone just like that. What happened next was amazing.

I had booked a nearby restaurant, Arya, for a wine and chesse respection after the show. By 11:30, the manager and I had worked out a way for me to present the show in the restaurant instead of the theater. He (Steve) and his team swung into action and rearranged the place for theater seating. I yanked a sheet off our bed and hung it on the wall. I pressed into service an ancient projector and sound system. As they arrived, the audience was shocked to see a sign at the theater that the show had been moved. Everyone found the new location, and the atmosphere was jovial.  We had more people than the theater could’ve accommodated. What a save. Except for a few missed slides and props, the show went as planned. The audience and restaurant staff could not have been better. As I’ve always said, “The Lord works in mysterious ways.” If he does, why the hell did he let the power go out in the fist place? 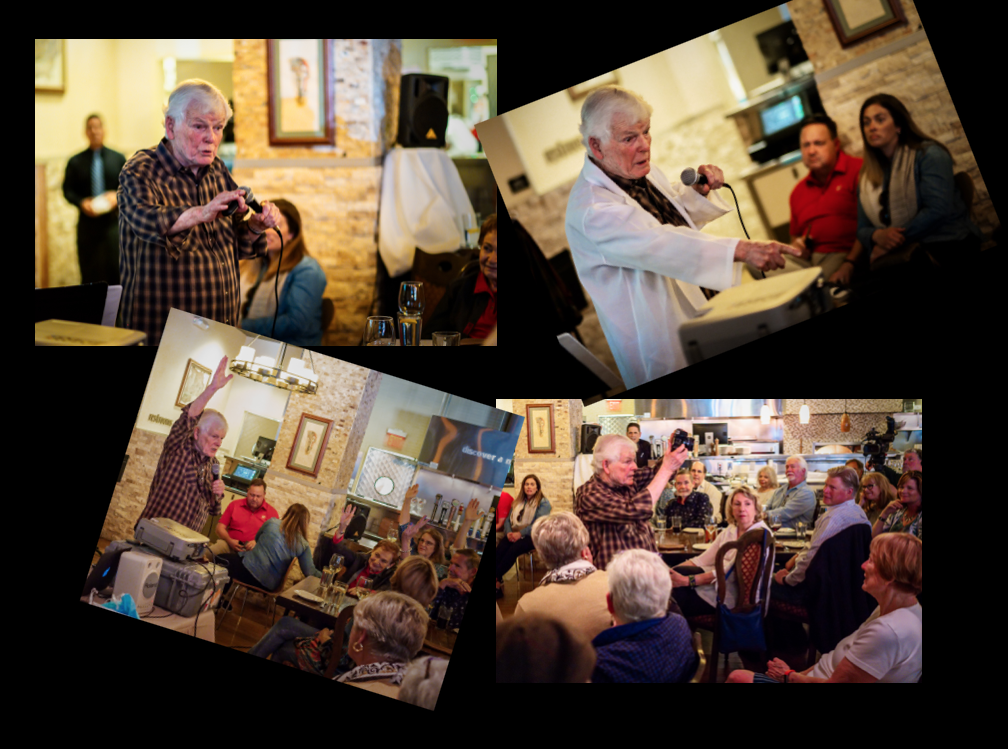 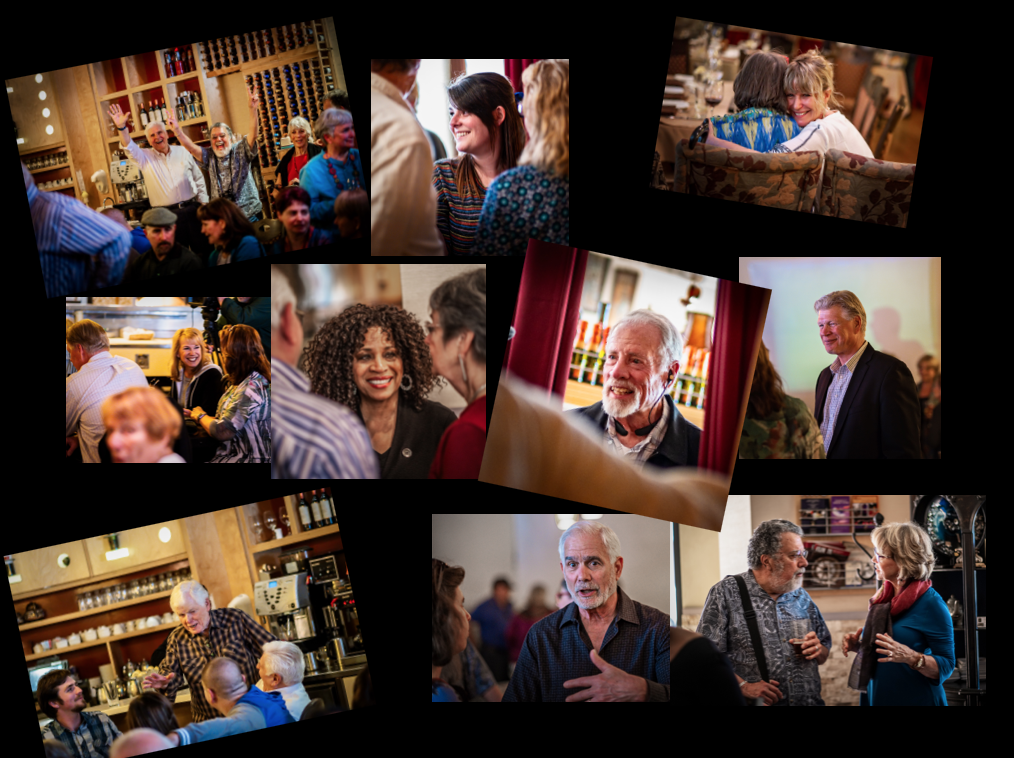 Thanks to the generosity of Harlan Crowder and Gary Hermensen, the show generated an extra $300 which I donated to Planned Parenthood. Here I’m with Redwood City Center Manager, Leslie MacConnell. 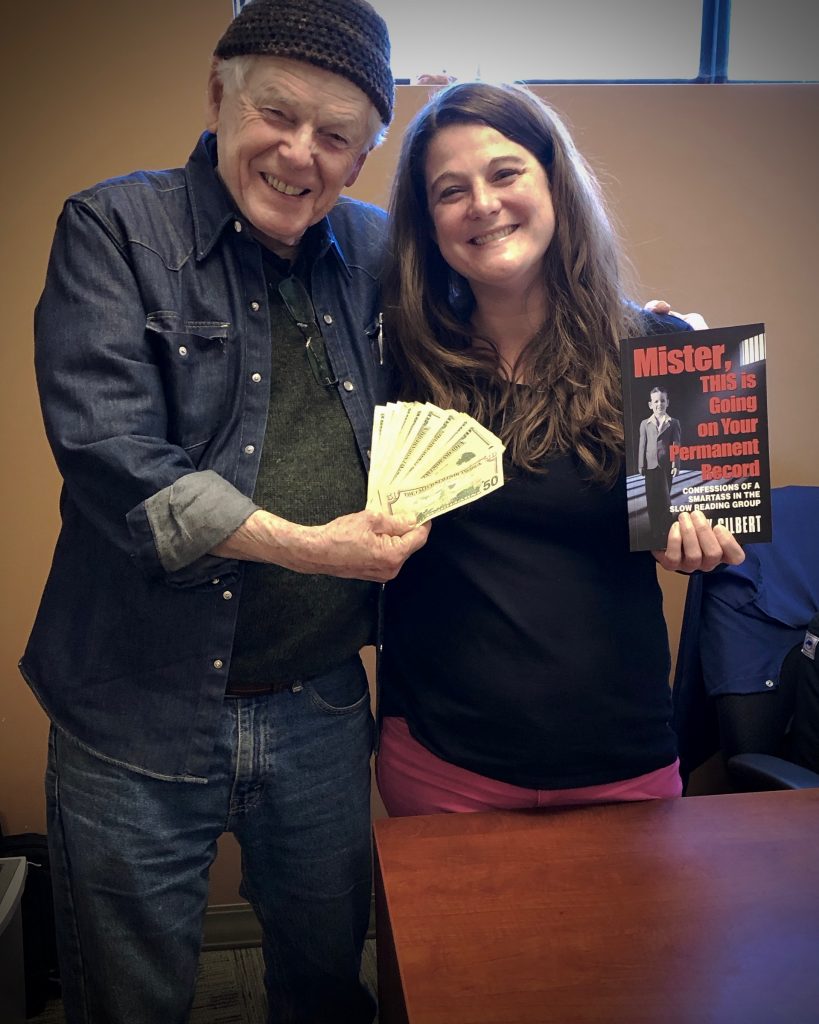 The Book Has Arrived!

To get your autographed copy, send $30 (includes shipping and handling) to: 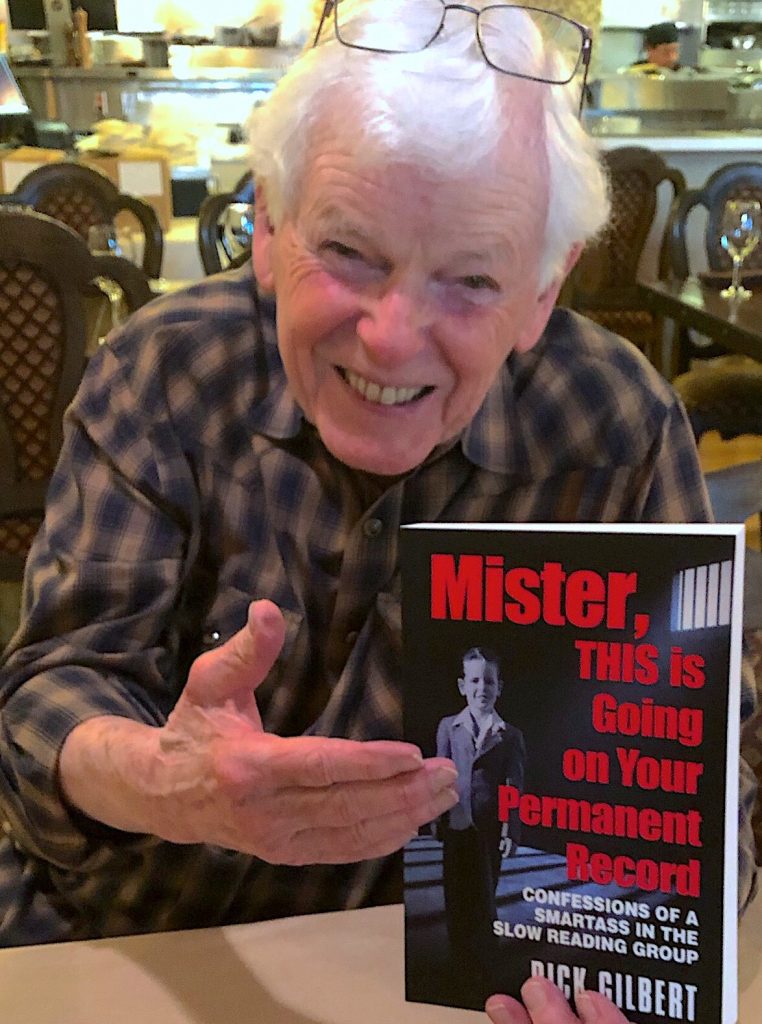 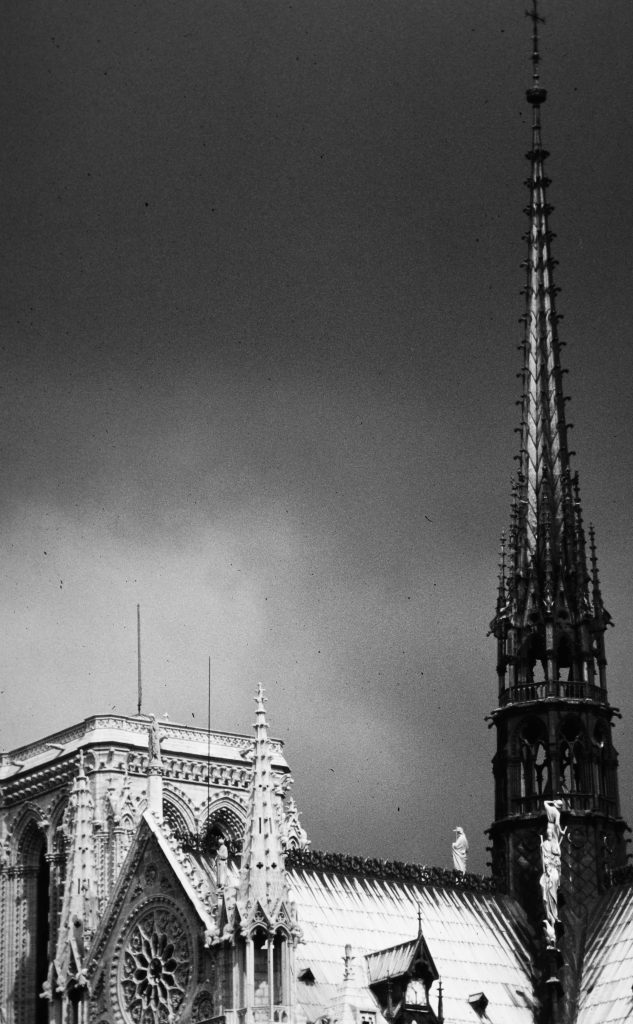 …and now, for a minority opion.

Everyone I know is in deep mourning about the fire damage to this iconic cathedral. Me… not so much. Like all churches, synagogues, temples, Notre Dame is a testament to our frailty, need for meaning, and fear of death. This church claims to have the crown of thorns worn by Jesus at his crucifiction, a nail and piece of wood from his cross. Seriously? Two thousand years later, and somehow this is his actual crown of thorns. Really? Seems to me it is just evidence of our dumb thinking. Church attendance is dropping like a stone in Europe and many other “first world” countries. We may be at a tipping point regarding the decline of religion.

But wait! The financial elite have donated almost a billion euroes for the repair of this throwback to the magical religious thinking of the dark ages. Yes, yes, yes – I get the importance of this building as art, history, and architecture. So let’s restore it as a museum, and let the religious part fade into the history books. Why are the ruling classes so interested in preserving religion? Two words: labor force.

Financial elite to the workers: “Look, I know you have a shitty life here on earth, but remember this: the Bible says ‘The meek shall inherit the earth.’ You are the meek. So, for now, just keep working. In the next life, everything will be great for you.” What a con job and major-league bullshit.

Voltaire said, “The comfort of the rich depends on an abundant supply of the poor.” So, no birth control or abortion, and lots of religion. Our father who art in Heaven, blah, blah, blah.