PMS 80.0 is almost sold out. A few seats still available.

One of the best reasons to come to my show next Saturday at the Dragon Theater is that you get a free copy of my new book  after the show at the wine and cheese reception. Mister, This is Going on Your Permament Record; Confessions of a Smartass From the Slow Reading Group is exciting the world of literature: 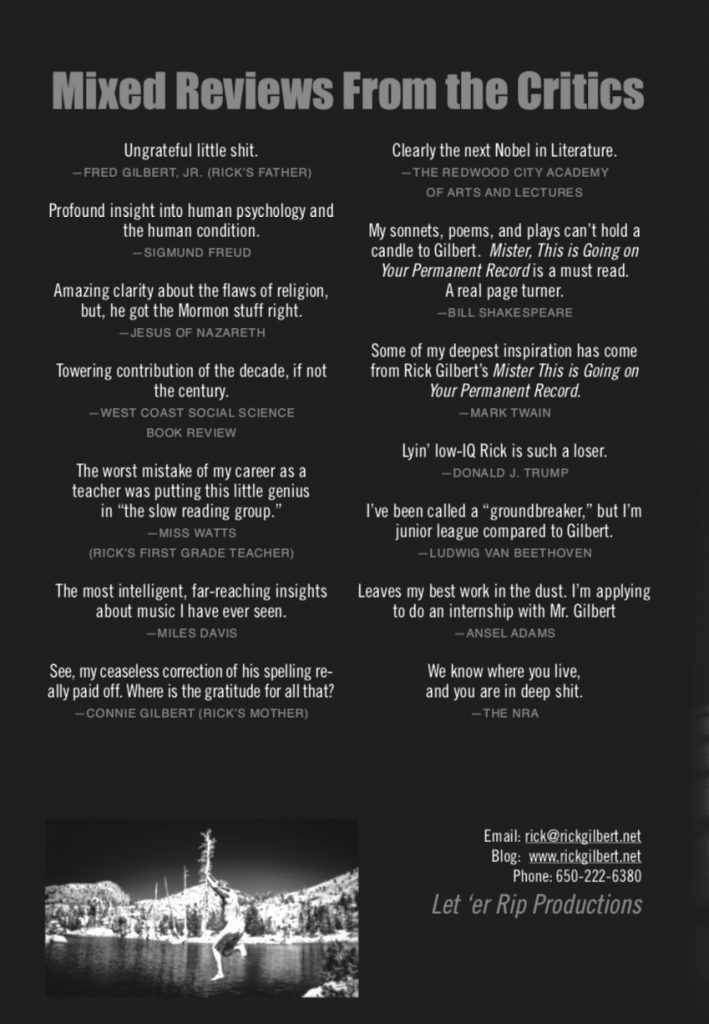 Meanwhile From the World of Politics

• Mayor Pete (Pete Buttigieg) is making my blood pump faster as I gasp for air. To change our downward slide, we need a new metaphor, and Mayor Pete has it. Check him out on YouTube. Breathtaking!

• What is the benefit to our contry’s future of trashing public education?

• Why do we want to have girls as young as 14 forced to have babies they don’t want and can’t support?

• Forcing 20 million + people to lose their healthcare is a great idea…because?

• Giving more and more tax breaks to the super-rich and to corporations while hollowing out the middle class strengthens our country because…?

• Allowing major corporations to pay zero taxes and / or to keep their profits overseas to avoid taxes makes our country stronger by…?

• Many people hate taxes so much they vote for anyone who will lower their IRS bill. That means we don’t have money for things like education, healthcare, infrastructure, and on and on. You know, the things those evil high-tax socialist countries take for granted.

• Clean water and air are overrated. Let major corporations police themselves like big pharma. BTW, Boeing, how is that self-policing going with your 737  Max 8?

• We have tent cities of homeless people under freedways and in parks who are living in  rat-infested squalor. We always have money to build new stadiums and pay athletes $450M to throw a baseball. Guess that is the essence of “every-man-for-himself” capitalism.

• Hey, those who hate taxes and the faceless beaurocrats who are stealing your money and giving it to the  poor should consider moving to Somalia. Almost no taxes. Live it up.

• Why do we think we can get “First World” services and life style while paying “Third World” taxes. Hmmm? It’s a mystery.

Hope to see you at my show next Saturday. 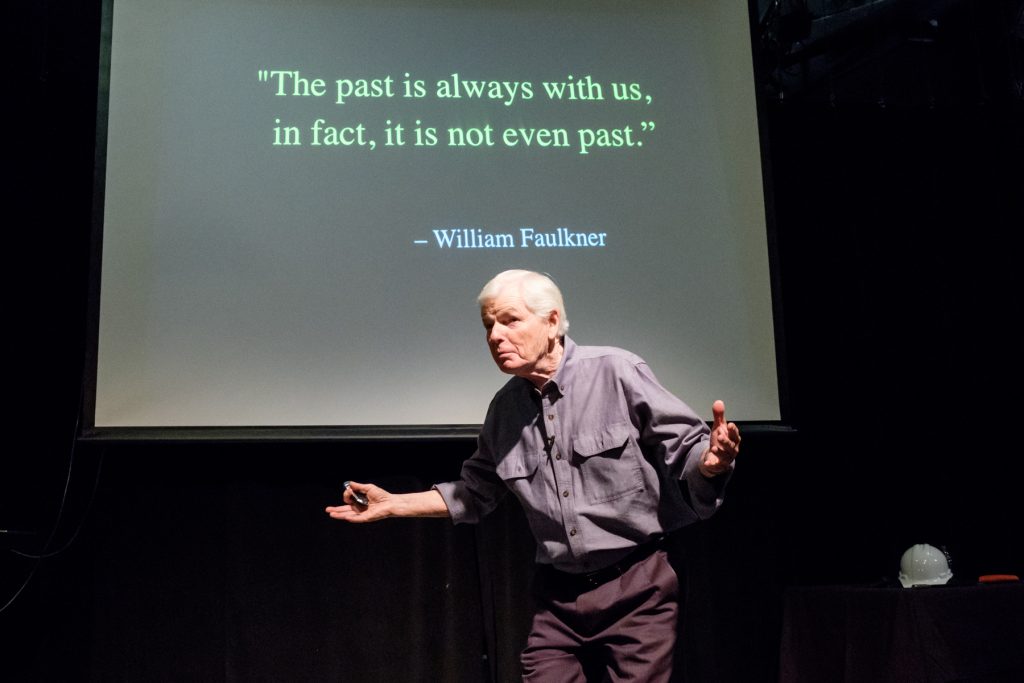