Sharing Our Stories; Tales of Resilience and Renewal should hit the streets (er, the Internet) within a few weeks. Here is a sneak preview of a couple of chapters. These snippets are just small chapter highlights. 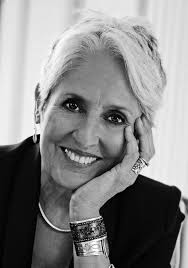 Years ago, our good friend, Avron Barr, took his girlfriend out to celebrate her birthday at a nice Italian restaurant on University Avenue in Palo Alto. As the dinner progressed, his girlfriend wanted Avron to sing “Happy Birthday” to her.

Avron’s pretty shy about singing in public. He hesitated. She kept pressing for this traditional acknowledgement. He kept refusing. A woman sitting at the next table could not help overhearing the repeated request. She politely intervened in the discussion and offered to sing “Happy Birthday.” This made everyone happy. Avron got off the hook. The girlfriend got acknowledged.

The kind lady from the next table then belted out a magnificent “Happy Birthday.” 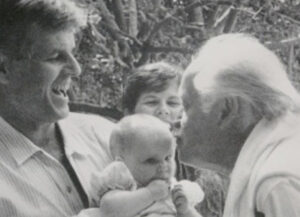 My father retired to a golfing community north of San Diego called Ranch Bernardo. My wife, Mary and I were visiting for the weekend with Katy, our new six-month-old daughter. Strolling around the grounds near the clubhouse we came across a huge stage with people setting up for a show that night. Turns out, it was Bob Hope. Thrilled to see this celebrity working, we hung out.

Bob’s wife, Dolores, came right over to say hello and meet the beautiful baby. She and Mary struck up a conversation. About ten minutes later, Bob was done with rehearsal. Dolores motioned him to come over the meet the baby.

What a moment. The world-renowned comedian was paying attention to our daughter. After a moment of babytalk, he leaned in to give her a kiss on the cheek. Katy turned away. Bob Hope feigned hurt feelings and said, “That’s what the girls always do to me.” Great fun. A local reporter wrote up the story along this photo.

Top Ten Reasons Why Beer Is Better Than Religion*

10. No one will kill you for not drinking beer

9. Beer doesn’t tell you how to have sex
8. Beer has never caused a major war
7. They don’t force beer on minors who can’t think for themselves
6. When you have a beer, you don’t knock on people’s doors trying to give it away
5. Nobody has ever been burned at the stake, hanged, or tortured over his or her brand of beer
4. You don’t have to wait 2,000 years for your second beer
3. There are laws saying beer labels can’t lie to you
2. You can prove you had a beer
1. If you have devoted your life to beer, there are groups to help you stop

Soon after I started my company, PowerSpeaking, where we train people to learn the skills of effective communication, I went to a workshop at Esalen on storytelling. It was taught by the famous storyteller Spalding Gray. The group liked my first talk, but when they learned I taught speaking skills for a living, they suddenly thought I was too slick. Wanting to accept the challenge of maximum authenticity, I gave my next talk to the group totally nude.

People often say that when speaking to a group, they feel naked.  I thought as a leader in the field of public speaking training, I should try it myself. The class, totally lying, said “Oh no your being naked was not a distraction.” Whatever, I have never regretted that little bit of risk taking.

The whole income inequality was put most succinctly in the late 1880s by a stagecoach robber named Black Bart, who often left poems behind. My favorite:

I’ve labored long and hard for bread,
For honor and for riches,
But on my corns too long you’ve tread,
You fine-haired sons of bitches.

3 thoughts on “Sharing Our Stories – Snippets”