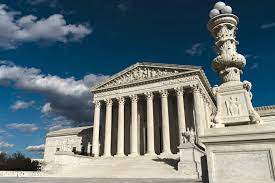 Elites make policy not the church or the working classes. This debate has NEVER been about religion or the “sanctity of human life.” Those are cover issues. Follow the money. Forcing poor, inner-city children to have babies is good business for the elites.

– Abortion and the Civil War. In both cases, wealthy, educated, northern elites are taking away the (mostly) southern owner-class’s cheap (or free) labor.

– Elites generate anti-abortion (pro-life) uproar by harping about God, religion, and precious unborn human life. They say nothing about how to care for these babies if you are a single mom working a minimum wage job. Just keep them healthy until they are old enough to join the Army, or go to prison.

– Euphemism: Pro-choice argument: “I demand control over my own body.” Although nobody wants to say it, abortion really is killing a human being, even though just a fetus. Arguments about when it becomes murder are nonsense. Abortion is killing a tiny human at six months, at three months, or at three weeks. Truth is, nobody wants to control your body when you want to have your appendix out.

To my mind, the freedom, the future, and the choice of the mother are far more important than the life of an undeveloped human.

No one is “pro-abortion.” It is a simple, but emotionally painful procedure. Better not to have unwanted pregnancies. But to many, it is a tough but right decision to have an abortion rather than an unwanted child.

– Politicizing the Fetus. On the other hand, if you want to control women, limit their choices, and keep them subservient to men, then the unborn baby becomes much more important. So does religion.

– God. Although rarely articulated, the anti-choice people are often also religious looney tunes, “Only God can take a life.” Even more extreme, in the case of rape or incest, “Things happen for a reason (total bullshit, btw). God has a plan. That is why you got pregnant, even though you were raped by your uncle. You must have this baby.”

– Abortion Industrial Complex. Without legal, safe easily-obtainable abortion, a huge underground abortion industry will pop up. From Lysol, to coat hangers, to shady medical procedures, without Roe, they all roar back into business. Before Roe, one of the biggest profiteers from illegal abortions was…the Mafia.

– Punishment for having sex. “You shoulda thought about this before you let him into your pants. So now, we’ll force you to have this baby.”

– Keep women down – “Barefoot and pregnant” or “A woman’s place is in the home, the kitchen, the bedroom – but sure as hell not in the boardroom.”

Q: For my Republican male friends in Congress: Show of hands: How many of you have arranged abortions for your girlfriends, wives, or daughters?

A: Ah, too many to count. Just as I thought.

Q: For my Republican female friends in Congress: Show of hands: How many of YOU have had abortions?

A: Ah, yes. A couple of dozen. No surprises there.

Dear Congressional Hypocrites: Please read John F. Kennedy’s book, Profiles in Courage. Then strap on a pair and have the cojones to be leaders.

…Oh, wait. That’s right. I forgot. You are the new GOP living in Trumpistan. Be sure to go to church on Sunday then have a press conference to tell the world how “pro-life” you are.

* Abortion and capital punishment were the “gateway” issues in college that began my political journey from being a Republican like my parents to being a liberal democrat – not at all like my parents.

** Speaking of odd, help me understand. Now, I’m not that bright, so I get easily confused. Recently in the media, I’m seeing more and more use of the term, “pregnant people.” Hmmm? Is this to make trans people more comfortable? Or is this just “wokeness” run amok?

As I said, I’m pretty slow, but I aways thought just girls and women could get pregnant. I think you still need a uterus. So what is wrong with the term, “pregnant women?”

On The Lighter Side: The Strange Tale of the Edith-E

Several years ago, I wrote two stories about an abandoned fishing trawler slowly coming apart just off Highway 37 between Novato and Vallejo.

After the second piece, I got a great email from a woman named Edith who stopped to photograph her namesake. I love how Edith covers up the ‘E’ on the boat. 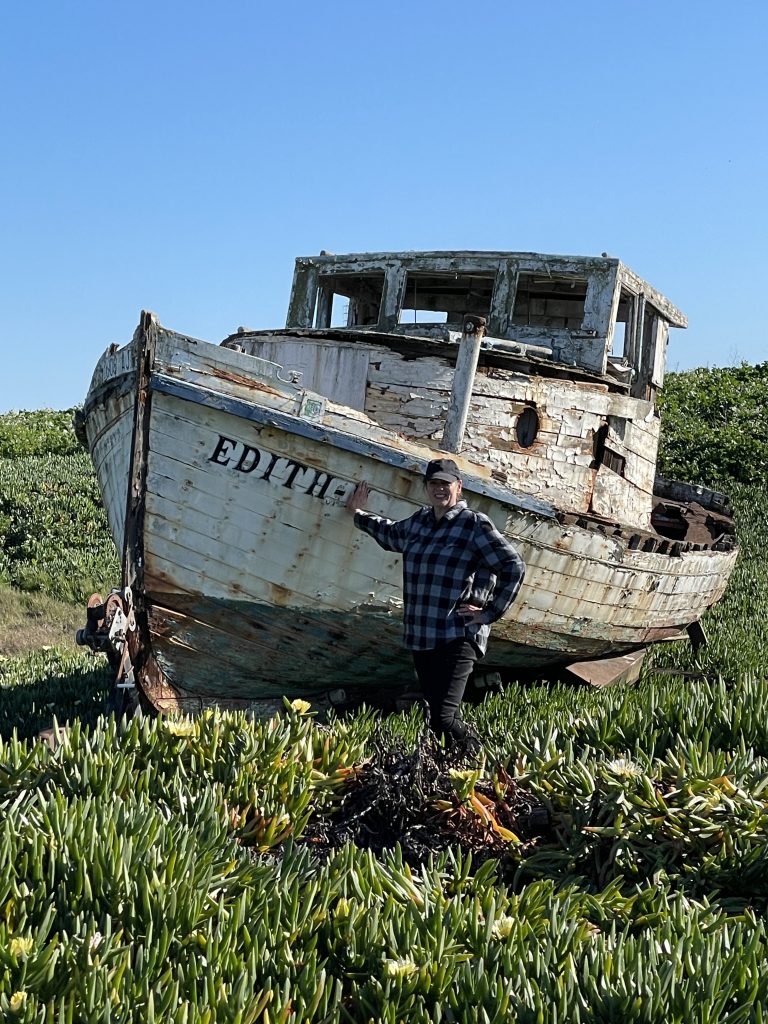 What touches me about the Edith-E story is how many people have reached out with their own  memories of this old boat.

I also love the story of how the boat got there in the first place. The crew at the Port Sonoma-Marina, about a mile away, were towing it to the boat “glue factory” when the trailer’s axle broke. They decided to just leave it there among the ice plant.

Now every time I drive by, I stop to photograph the old gal again. Each time she is worser and worser. I get older and older (now 83) as the boat continues to deteriorate. So I identify with the proud, beautiful Edith-E. Maybe we will both come completely apart on the same day.

So, drink a toast to the old Edith-E who had her best days on the San Francisco Bay in the 50s and 60s.