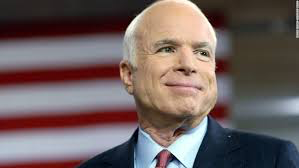 Our Longing for Integrity

This past week has been awash with John McCain memorials, documentaries, and testimonials. A national hero has been laid to rest. Left and Right singing his praises from the rooftops. He was a man who exemplified everything that is great about this country. His life epitomized the spirit that is baked into our national character. Or so we are told.

In my judgment, all this uproar about McCain is disingenuous. (Insincere. Dishonest.  Deceitful. Duplicitous. Hypocritical). If this same man had died during more “ordinary” political times, like the roaring Clinton 90s, there would be less hubbub about his passing.

As a country we are in excruciating pain about where we are and what the future holds. America as a mythology (that “shining city on a hill”) seems to be crumbling like a gingerbread house all around us. American dream. Immigration. Education. Healthcare. Hollowing out of the middle class. Trust in our institutions.

On top of all that, we have the national disgrace of Trump and his band of know-nothing, morally bankrupt neo-fascists doing everything they can to further enrich the 1% and reverse the progress of the past two or three decades. Hey, clean water and clear air are overrated, wouldn’t you say?  Food safety: who needs it? The drug industry: let them police themselves. Who needs a bunch of overpaid bureaucrats and their job-killing regulations?

Against this stark reality, we see McCain as a comparatively decent politician. He had self-deprecating humor and worked across the aisle (think McCain-Feingold Act). His decency, though, is only laudable against the backdrop of the hate-filled political times we now live in.

During his campaign for president against Obama, he is well noted for correcting an audience member who accused Obama of being an Arab. He responded, “No, no. Obama is a good man, a family man. We just have philosophical differences which is what this race is about.”

Well and good. Thanks McCain, but what you should have said is: “No, he is as American as you or me. But, let me remind you and the viewers of this debate, that even if Obama had been born in Kenya, he would still be an American. Remember, any child born to an American mother, anywhere is the world, is an American by birth. I myself was born in Panama. In addition, if he was a Muslim, he could still be president. There is no religious requirement or restriction to the highest office in the land! Next question.”

He is praised as a hero. His capture and torture for five years in the “Hanoi Hilton” is something few of us could endure. That, by itself, doesn’t make him a hero, though. The part of that story that is heroic is his refusal of an early release date because his father was an admiral. He wanted to stay with his colleagues.

The real heroes of the Vietnam War were those who refused to go, people like Mohamed Ali and David Harris. Young men who click their heels, smartly salute and march off to war “following orders” are pawns of the war machine, not heroes.

Let’s not forget the Keating Five from 1991. McCain got involved when a big donor, Charles Keating, approached five senators to get investigators off his back who were investigating how he fleeced his savings and loan investors. Keating later did prison time and we, the taxpayers, ponied up $3.4B to bail out the S&L.

Then there’s McCain’s support for the Iraq War.

And how about selecting the unhinged Sara Palin as his V.P. running mate because of the cynical advice he got from the consultants. He was skeptical, but didn’t trust his gut. He later admitted his mistake.

Graduating at the bottom of his U.S. Naval Academy class, he was not taken seriously as an aviator by other pilots. He crashed two planes and damaged a third before being shot down in Vietnam. One escapade involved a “hot dog” stunt flying under power lines in Spain. His wing clipped a line, causing thousands of people to lose power. Ha, ha. Boys will be boys.

He liked the image of “maverick.” Born into a warrior family where his father was an admiral and his grandfather was a highly decorated admiral in WWII, he fell in line with family expectations. He became a navy pilot. Seems to me a real “maverick” might have veered off in another direction, like going into the arts, or business, or academia.

None of this is to doubt McCain’s service to country or his patriotism. All I’m suggesting is that while he has done some good things as a politician, like supporting Roe v. Wade and especially, voting not to repeal “Obamacare,” he was hardly without blemish.

I am also suggesting that this week-long uproar about the great man’s passing has less to do with McCain than with our aching for something that has been lost in recent years, with the ascent of the rabid right-wingers: Decency. Integrity. Pride in our country. Optimism about our future.

Speaking of Our Future…

How do you like the sound of President Paul Ryan? Stay with me for a moment.

With all of Trump’s legal problems getting worse these past two weeks, I had a vision. Imagine more of Trump’s inner circle getting indicted and going to prison. Imagine those close to him flipping.

Let’s say this continues. What if Robert Mueller’s report shows irrefutable facts that Trump was and is in bed with Russian oligarchs? It would be possible that all of a sudden, even his hard-core supporters turn away from him. This is what happened to Nixon just before he resigned. It could happen rather quickly.

Robert Reich’s Sunday San Francisco Chronicle column takes this further. Look up “Impeachment not enough – annulment best remedy.” Reich suggests that if the evidence proves the election of 2016 was fraudulent, then Trump’s presidency could be “annulled.” The Constitution allows for that. This would mean, then, that Trump’s entire team, cabinet and all, would be gone, along with his executive orders and other legislative nightmares.

So, no President Mike Pence.* We then go to the speaker of the house, and we get President Paul Ryan. Tons better than the current clusterfuck.

So, stay tuned. This midterm election is going to be REALLY interesting.

* Danger: If we don’t acknowledge and address the grievances  of the 30% of our fellow Americans who strongly support Trump, we may have violence in the streets – think Charlottesville X 1,000. 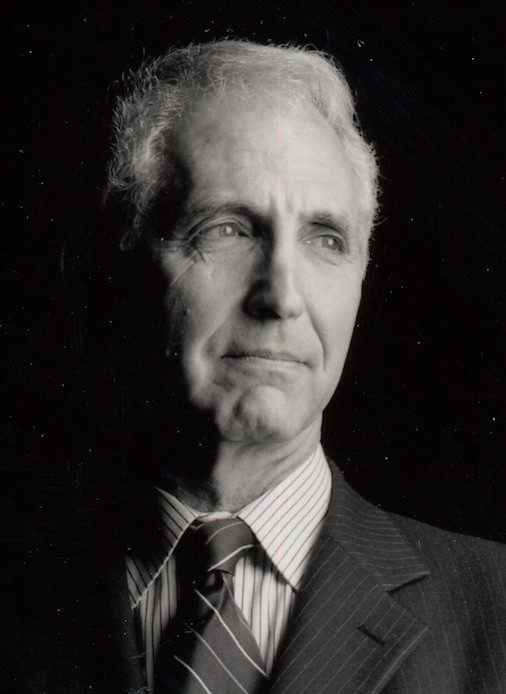 Next week I will have the honor of interviewing Daniel Ellsberg about his life, influences and legacy. Stay tuned. I am grateful to Susan Page for setting this up.