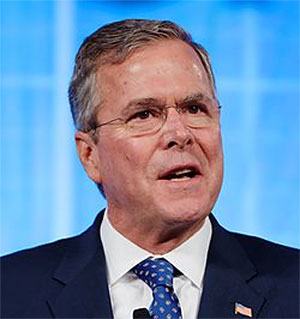 A ton of studies over the decades reveal that people vote for candidates they like over candidates whose policies align with their own views. Likability judgments are largely made on the basis of nonverbals such as body language and vocal tone.

Here comes poor old sad sack Jeb Bush. Go to YouTube and watch his September 1 talk to high school students at La Progressive Presbyterian School in Miami. It is a textbook example of how to look and sound like a loser;

• Head tilts of a humble supplicant, not a leader

He seems barely awake. A lump of coal. But the real proof of his inability to be elected are the expressions on the faces of his student audience sitting behind him. They are anything but responsive and enthusiastic. They, too, are somnolent.

It is not Trump who is killing Bush. It is his own tired sad personality. 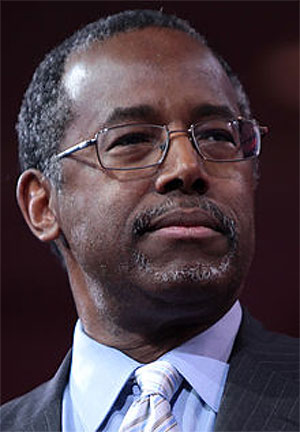 I have huge respect for doctors, for surgeons, and especially brain surgeons. To be smart enough to get through medical school, then a surgery residency, with a specialty in brain surgery, you gotta be one smart cookie. OK. Ben Carson is smart.

At the first Republican debate, when each candidate was asked what he had that was unique to the group on the stage, Carson commented that he was the only one who had surgically separated Siamese twins, joined at the head. Wow. Very impressive. Not a damn thing  to do with being president, or, for that matter, state senator, or mayor. He might as well have said, “I can play the oboe.” So what?

This candidate has NEVER held an elective office. I would have been more impressed if he’d said, “I helped successfully resolve a nurses strike.” At least that would reflect a modicum of leadership ability.

But my main problem with Carson is, ta-da… incredibly, he does not believe in evolution. He believes in creationism. How you get through undergraduate biology or medical school believing is such nonsense is beyond me. After 150 years of rock-solid research on Darwin’s ideas about the “descent of man,” to deny this is like saying, “I don’t believe in the germ theory of disease.”

Now, you don’t have to believe in evolution to be president, but someone who doesn’t is misinformed, willfully ignorant, and a jackass who has no business leading the fee world. The problem is not religion, the problem is dumb thinking. People are free to have magical, childish worldviews, believe in astrology, aliens, and UFOs, but such people should not be president. I can only assume that Carson is a religious nutcase. Let him do brain surgery, but keep him the hell away from the White House.

3 thoughts on “Jeb Bush is Such a Loser”