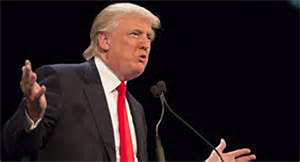 Yep, me and “The Donald” are on the same page.  In his typical bombastic style, Trump told the truth during the first Republican debate: “As a billionaire, I own the politicians!”

The biggest issue we face aside from global warming is how the super rich are stealing our democracy.

My current hero, Thom Hartmann, has been saying for some time: There are three political classes in this country: the billionaires who run everything (think Koch brothers), the stooges who are the politicians and get their marching orders from the billionaires (think Scott Walker), and the suckers – you and me, the voters.

But wait! To the biggest audience to ever watch a political event Trump said exactly that, “Of course I donate to everyone. That way they have to do what I tell them to do. Of course Hilary Clinton came to my wedding. I donated to her foundation. She had no choice. When I give they do whatever the hell I want them to.” Jesus Christ – think of that!

Referring to the Affordable Care Act, Trump commented: “Because the insurance companies have total control of the politicians, they are making a fortune.” Jesus Christ – think of that! 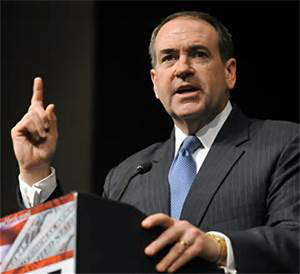 Then Mike Huckabee confirmed this from the viewpoint of a governor: “The problem is we have a Wall Street-to-Washington access of power that has controlled the political climate. The donor class feeds the political class who does the dance that the donor class wants.” Jesus Christ – think of that!

In The Power Elite (1956), C. Wright Mills said there are three groups that run America: the Pentagon, Wall Street, and Washington. Most of these people are from the Ivy League. They know each other, they all went to school together, they marry into each other’s families, and they pass legislation to favor each other. Mills goes on: You are not a part of this group. Get over it. Be happy to watch from the sidelines.

Paul Krugman writing in the NYT (8/17/15) made the problem crystal clear: “Whatever the rhetoric, the GOP is on track to nominate someone who has won over the big money by promising government by the 1 percent for the 1 percent.” 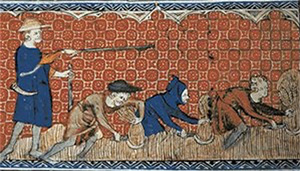 Serfdom. To keep this broken system (as Trump calls it) going, we have the brain surgeon, Dr. Ben Carson, advocating a “fair taxation” system. Ten percent, across the board. If you earn $10 you pay $1 in taxes. If you earn $10 billion, you pay $1 billion in taxes. This is a great way to keep the plutocrats, the billionaire class, the power elite, and the  aristocrats in power. We might as well go back to the Middle Ages when we all were serfs working for the Lord of the Manor.

FDR got it right during the Great Depression. Tax the super rich at 90%. So, if you earn that $10 billion, you pay $9 billion in taxes. (And, oh, by the way, that still makes you the richest son-of-a-bitch on the block.) That tax money is used for the common good: health care, education, infrastructure, etc. Call me a socialist. I heard that the Bible says: “I am my brother’s keeper.” I heard Karl Marx said: “From each according to his ability, to each according to his need.”

Perhaps this is why Bernie Saunders is surging in the polls and is now tied with Hilary Clinton is some of them. People are fed up with Wall Street greed and this income inequality issue. Either we solve this politically and economically with a more equitable tax system, or it will be solved violently. It always has been.

* This fascist, narcissistic dope would be a disaster as president. What is worrisome is how he is rocketing up in popularity. Even the liberal commentators of MSNBC are taking him seriously as a candidate. His appeal to the masses of people who are alienated, disenfranchised, and general pissed off is scary. I am reminded of Hitler’s appeal to a totally demoralized Germany in the early 1930s. Trump tells us our problems are because of the immigrants (think Hitler’s Jews).

My trouble is, I can’t stop watching this drama unfold. Hilary is sinking, Saunders is rising, Trump is surging, the retail Republican candidates are afraid of him and unwilling to challenge his nonsense. Bush seems asleep. If the Republican party pisses off Trump, he’ll run as an independent… and boom… we’ll get another democrat in the Whitehouse. Ooops, what about Biden? If Hillary tanks, will Elizabeth Warren run? This makes “Game of Thrones” look like child’s play.

Don’t know about you, but I’m stayin’ tuned in!