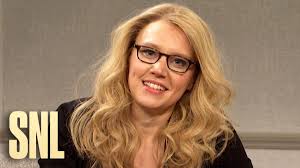 “I’m Kate McKinnon as myself, slowly losing my mind along with all of you. Stay strong, or weak, weak is a great option too.”

A Capitol Rioter: yelling at Congressional leaders: “You are not in charge. We are.”

Michael Moore: “Most of these militia types just need a $70,000 / year job assembling cars for GM and all this trouble would go away.”

John Stewart (The Daily Show): “The tax code was not written by poor people.”

What’s In a Name? 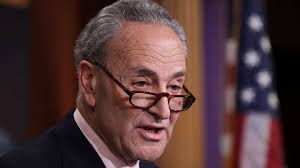 Rand Paul’s first name is in honor of Ayn Rand. He is one of the libertarian government-hating senators.

Jack Goldstone is a Harvard-trained sociologist who studies how nations fail. He was a guest on Sam Harris’ podcast last week. It was the clearest exposition of what is wrong with our country and what we must do to avoid total collapse. Goldstone says throughout history what brings down countries is when the elites keep it all for themselves. In contrast, when elites see their roles and their wealth as something to share with everyone, things hold together. Clearly our elites are moving in the wrong direct.

I strongly recommend this interview: samharris.org look for:  #232 — Inequality and Revolution. 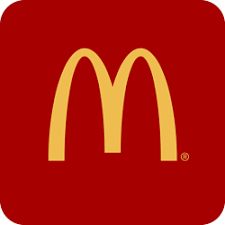 Minimum wage at Copenhagen airport at McDonald’s: $20 / hour. Workers make a living wage. The general manager said: “We don’t want people living on the streets. If that happens, we consider that we as a society have failed.” Can you imagine the franchise owner here saying that? Unlikely. At $8 / hour workers can’t afford to support themselves, much less a family. So, the taxpayer takes up the slack: food stamps and Medicaid.

Our Future Even with dems in power,  looks bleak. The elites aren’t going to suddenly get all soft and lovey-dovey toward the poor. “Hey! It’s the American dream. You are on your own. Your screwed up life is not my problem,” they say.

Whether it is inner-city rioting, or U.S. Capitol rioting, the problem is the same: despair and lack of hope. With Covid, the climate crisis, and income inequality, the problems seem insurmountable. So, we get QAnon.

When Congress works for the elites, the chances for financial changes that could restore hope are nil. I used to think the end was decades in the future. Now I’m not so sure.

I find, at the end of the evening, watching re-runs of Parks and Rec helps me get to sleep.

6 thoughts on “Our Rapid Decline?”