It’s Not About George Floyd

“The veneer of civilization is very thin”

Officer Derek Chauvin’s knee on George Floyd’s neck is a metaphor for how the elites are cutting off air of the bottom 50% or 60% of this country. Healthcare. Housing. Education. Jobs. It cannot continue indefinitely without an explosion. 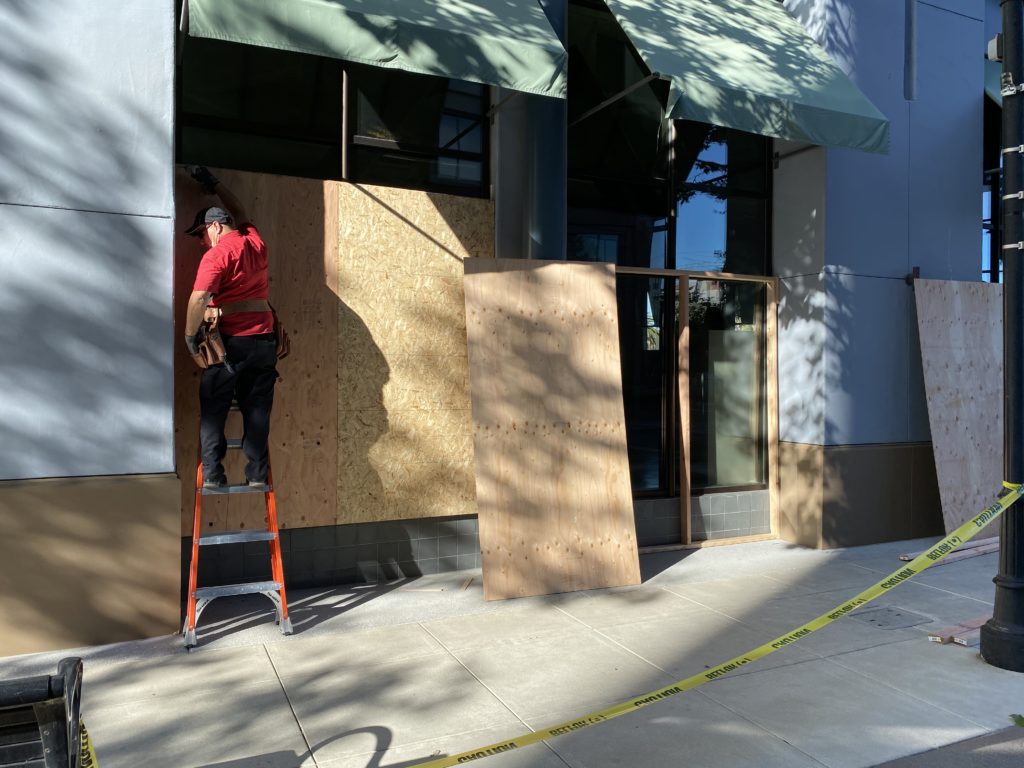 My beloved Talk of Broadway restaurant is all boarded up, as are many other businesses. I talked to the owner today, John Lee: “I have to protect my restaurant. If I don’t, they will break in and set it on fire. It is the livelihood for me and my family.” 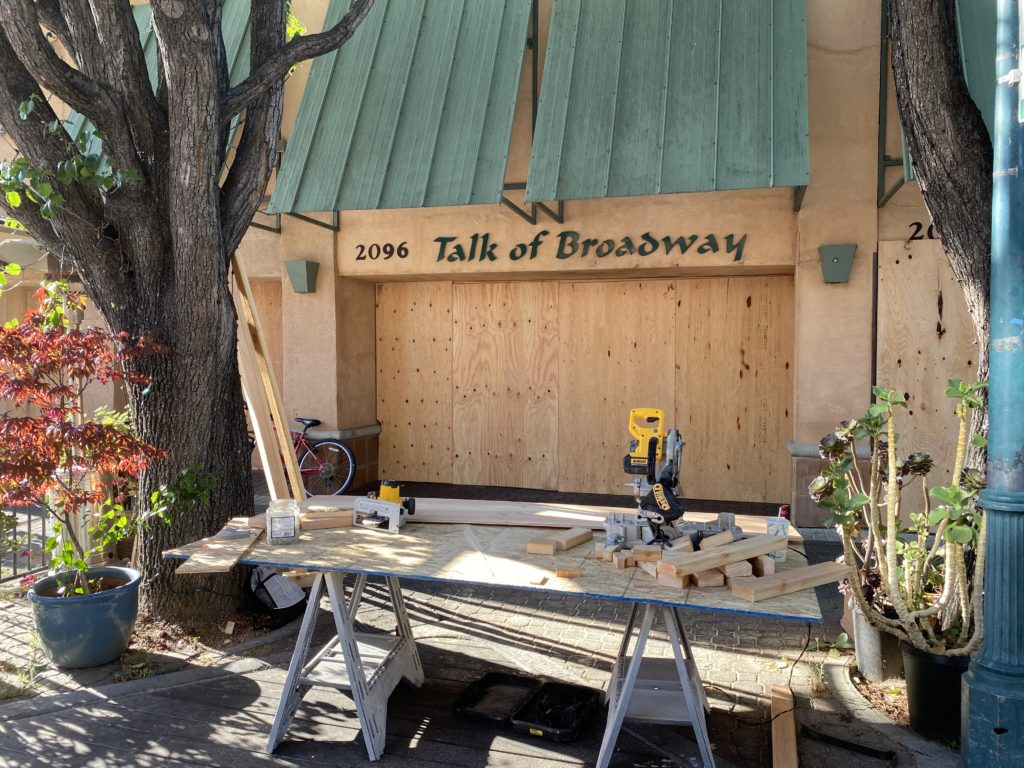 There are four levels in all societies:

1) the financial elites who control the

2) intellectuals who control the

3) warriors who control the

As long as there is an equal flow of resources up and down this hierarchy, things remain calm. The New Deal of the 1930s redistributed wealth from the ruling elites to the middle and lower classes. For decades things seemed fair to everyone. But by the 1970s, the ruling elites said, “This is bullshit and it needs to change” (see the Lewis Powell Memo, 1971). From Ronald Reagan on, the financial elites have chipped away at the New Deal reforms.

Today they call things like Medicare and Social Security “entitlements,” as through we don’t deserve them or have not paid for them through taxation. The financial elites continue to try to destroy programs that might help the poor. Remember W trying to privatize Social Security? Remember Paul Ryan’s fear of what happens when “the safety net becomes a hammock?”

For the past four or five decades, the wealthy have been enriching themselves through numerous schemes that draw money from the middle and lower classes. Today, the top 0.1% own as much wealth as the bottom 90%. The top 1% owns more than the bottom 80%.

Most of this redistribution upward (reverse Robben Hood) has been accomplished via tax policy. Like Lucy and the football, we keep voting for the idea of “Trickle Down.” If we give the wealthy even more tax breaks they will create jobs. Did not work in  Reagan’s time, and still doesn’t. As the wealthy take it all, programs that make life bearable for everyone else are being hollowed out, or eliminated.  The result? Here are two homeless people in the shadow of Redwood City City Hall. 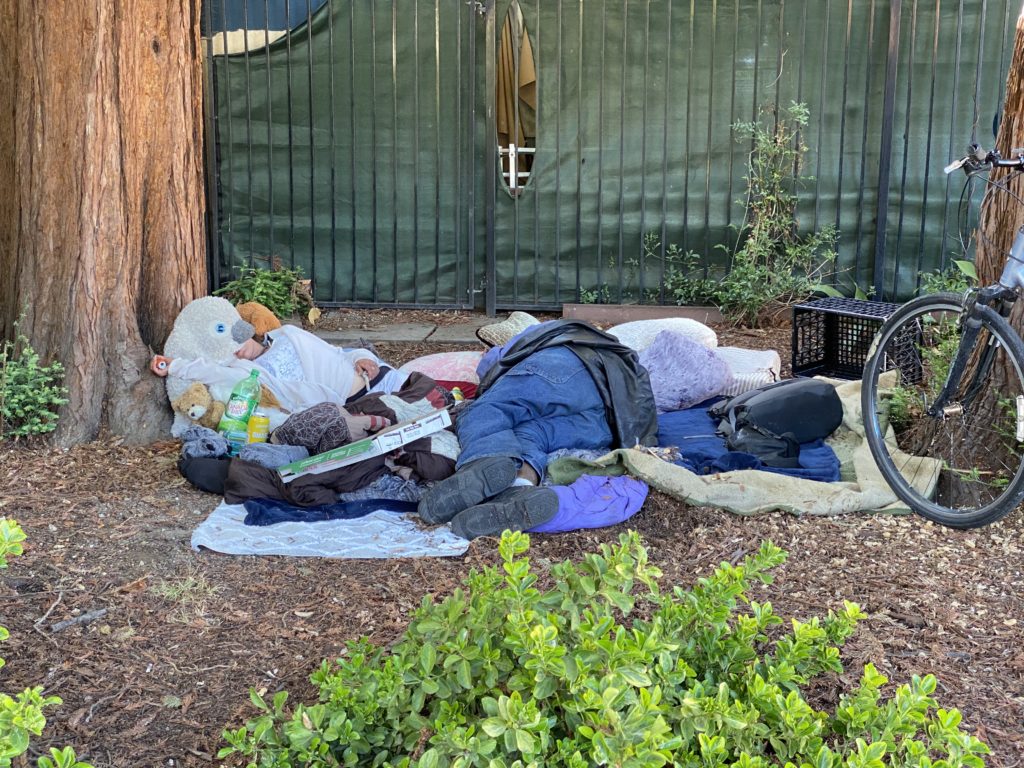 When I was young, California had a state hospital system paid for by taxes. People who were mentally ill, retarded, or drug addicted did not have to live and die on the street. We would not have tolerated this kind of thing back then. The tax payers just didn’t want to pay for it anymore, and Reagan closed the hospitals.

Now Trump callously destroys programs that might help the poor and disadvantaged get a leg up. What about healthcare for all? Education? Decent public housing? Job training? Meanwhile, the top .01% get richer and richer. Today there are 607 billionaires in our country. $68,000 wrist watches. $3M cars. Manhattan penthouses. Private jets and yachts. Our country is being turned into an oligarchy. No wonder there is rioting in the streets. If President Cheetos gets reelected, we can kiss our democracy good-bye.

How do we bring some of that wealth back down to create a decent country that helps people find the American Dream rather than finding cement bricks to smash store windows and burn down the neighborhood? I hope we are not heading into a full-on bloody revolution or civil war. One thing is clear, the uber- rich will not give up their wealth without a fight. Enter the police and national guard.

George Floyd was just the straw that broke our back. Fasten your seatbelt.

On A Lighter Note…

My wife, Mary, is a terrific cook. She has always wanted an herb garden. With lots of time on my hands during our sheltering-in-place, I put one together for her. I have been getting rid of my hundreds of audio cassettes. Have not played them for years. Since they cannot be recycled because of the Mylar tape, I decided to use them to build the herb garden. The cassettes were glued together with a glue gun and painted black. They were used for legs. Add three wooden planks, and we’d done. 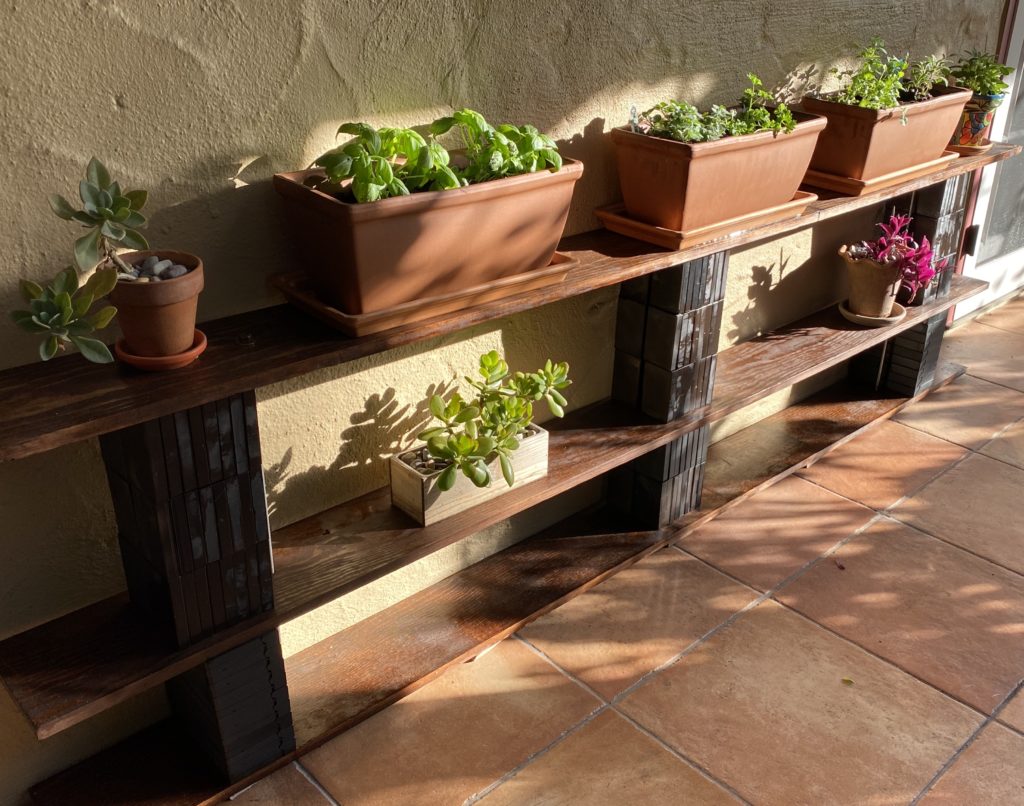 6 thoughts on “It’s Not About George Floyd”