A camera is a tool for learning how to see without a camera.
– Dorthea Lange 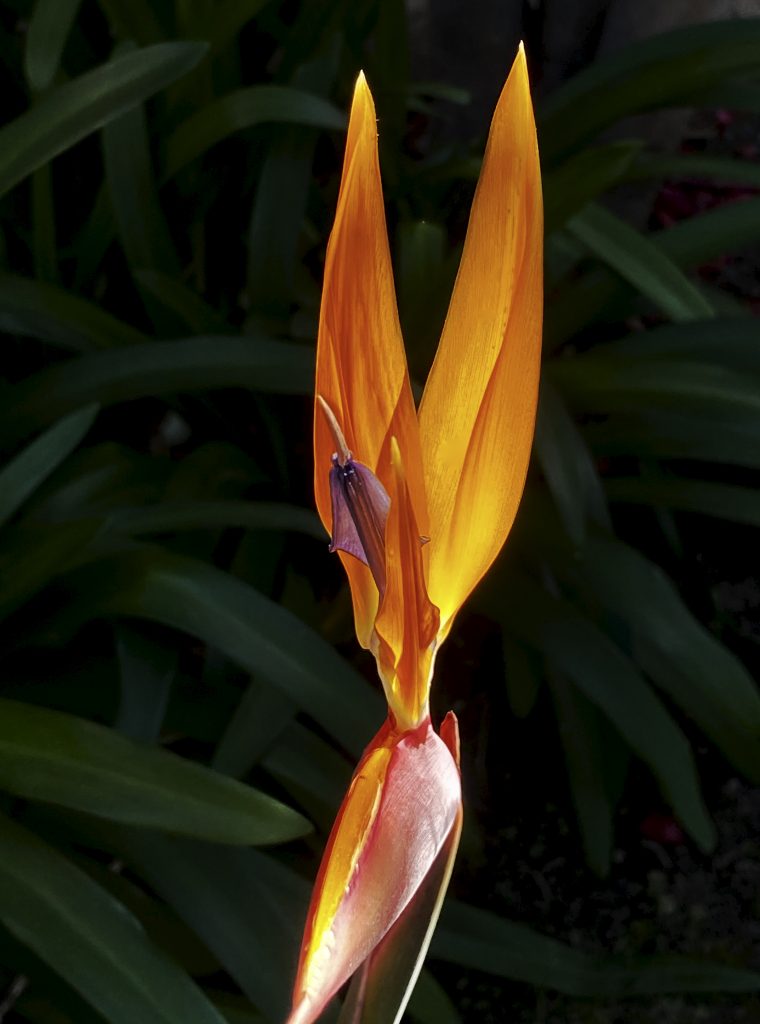 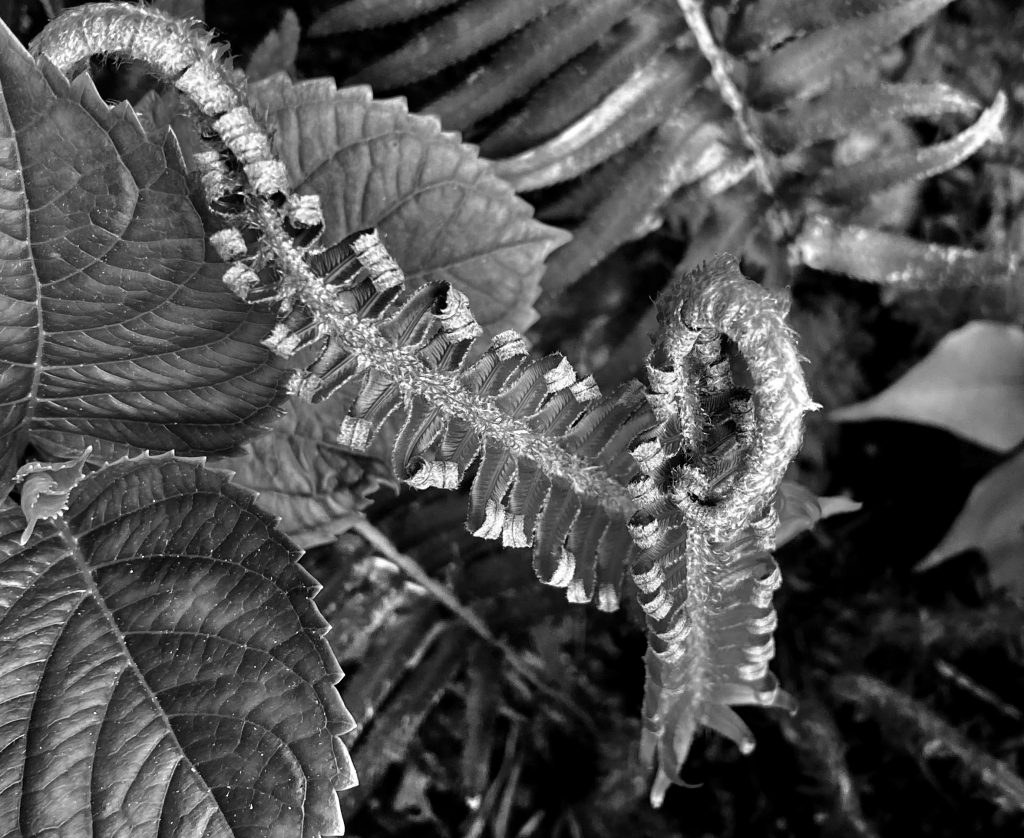 The Difference Between Retirement and Sheltering-in-Place 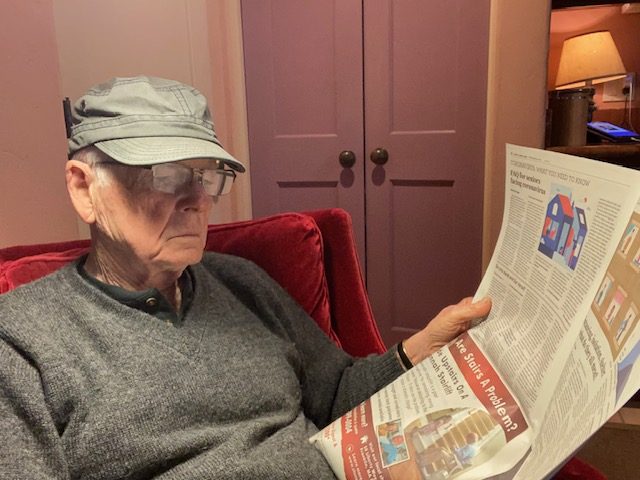 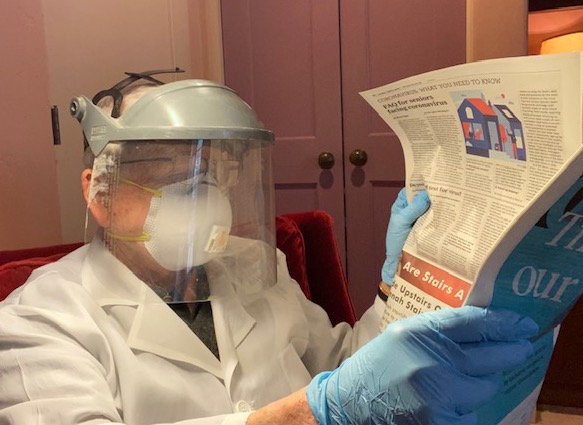 BTW, why don’t we just call this “Staying-at-Home.” “Sheltering-in-Place” is weird.

Last week I shared a video interview I’d done with Shar McGlynn about her work making masks for a local hospital and hospice nurses. Unfortunately, I just got this message from Shar,

Health care people that previously poo, pooed the homemade   masks are now asking for them.

Sadly. I found out yesterday 3 of our hospice nurses are staying    home  with symptoms.   Praying  for their recovery! 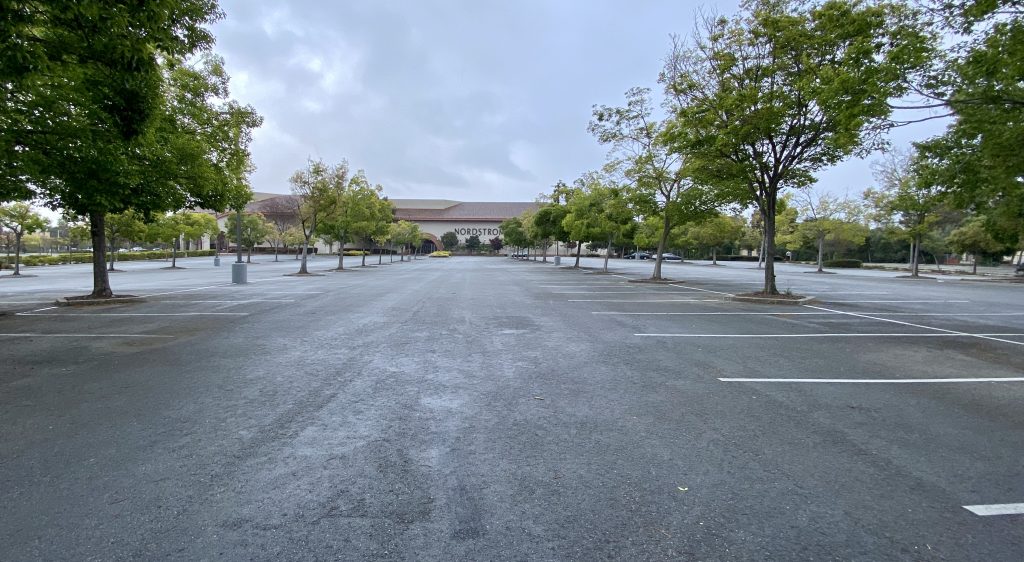 I don’t blame God. (But, why are we being punished? Is it because of gay marriage?)

I do blame US.

We have all have grown up with and been seduced by a meme called “Rugged individualism,” or, “Every man for himself-ism.” Robert Reich reports that for Trump and many in his cabinet, their favorite author is Any Rand. Two of her best quotes:

The only way a government can be of service to national prosperity is by keeping its hands off.

The man who lets a leader prescribe his course is a wreck being towed to the scrap heap.

“The worst nine words in the English language: ‘I’m from the government and I’m here to help.'”

So what do we get? One Republican administration after another (Reagan, Bush I and II, Trump) who hate and despise government. Their philosophy of government is: Government = Bad. Libertarian, Every man for himself = Good.

Similarly, Paul Ryan proclaimed about welfare, “The danger here is that the ‘safety net’ will become a hammock.”

We’ve grown up on movies that celebrate this idea of the rugged individualist: John Ford and John Wayne (any movie); detectives and cops and cowboys (Clint Eastwood: Dirty Harry; The Good the Bad and the Ugly); outer space (Harrison Ford Star Wars). The list goes on and on.

It’s no surprise, then, that government-hating Trump brings into his administration people who have little expertise in what they are doing, and work to kill the agencies they manage. Think Betsy DeVos who hates public education as the Secretary of Education. In the meantime, Trump takes an ax to agencies that might help U.S. citizens: FEMA; FDA; CDC, etc. Because, after all, government just makes us weak and robs our wealth.

So, spending money on disaster preparedness would be a total waste. But when disasters do come, he is slow to respond (as W. was) and what help he offers is minimal. Remember him throwing a roll of paper towels to the hurricane-ravaged people of Puerto Rico?

All of this, of course, is against a backdrop of his tax cut for the super wealthy. That put a trillion-dollar hole in the budget, so, budget cuts are necessary.

On top of this, Trump has contempt for science and expertise. Organization budgets are cut and those smarty-pants PhD scientists are fired. In line with the Ayn Rand philosophy, the federal government should take a hands-off approach to the states. And, government at all levels should take a hands-off approach to its citizens. You are on your own. That is freedom. That is choice. That is the American dream.

Consequently, there is no central policy or disaster plan. Trump refuses to activate the Defense Production Act to compel factories to produce medical supplies. Hell, wouldn’t that be socialism? “Oh let the states get their own ventilators.” Or, “We’re not sending you stuff because we are not delivery clerks.”

So, why is all of this OUR FAULT?

Whether left or right, Republican and Democrat, we vote for people who will lower our taxes. Remember Trump’s famous line during his campaign, “I pay no taxes. That makes me smart, and even if I did, it would be squandered.” Wow. That from the self-proclaimed “very stable genius” who is the head of our government.

We all buy into this idea. We want to pay less taxes, but expect the same services. It’s like we get all this cheap stuff from China (or somewhere), but don’t want to know about the sweat shop conditions that make it possible. “Oh, what? I get this great iPhone, but don’t tell me about the workers in the Apple factories who are throwing themselves off the roof.”

It is in our power to stop the redistribution of wealth from the middle and lower classes up to the top 1%. But, hey, I’ve got nonstop sports on my big screen TV and plenty of beer. Why should I care?

You should care because our democracy is being taken away from us and our  country is being turned into an oligarchy.

Cheer for the First Responders.

It is so disingenuous when we applaud the maids, the drivers and delivery people, the clerks, even the fire fighters and cops in these terrible times… when many of them barely make a minimum wage, have no healthcare, and certainly no retirement (except the firefighters and the cops). When the dems fight in Congress to increase the minimum wage, the Republicans fight tooth and nail against it. But, oh yes, let’s cheer for them out our windows.

Reports last week were that one sixth (16%) of the NYC police department were home sick with symptoms. You wanna know what chaos looks like? Imagine having cops too sick to work, or too scared of getting their families sick. Welcome to Syria.

One physician working on the front lines of this disaster wrote to the NYT last week, “Spare me the beating on pans. Just give us the PPE (personal protective equipment) so we can do our jobs, not get sick, and not worry about bringing it home to our famies.” AMEN.

Let’s not forget we have an economic system that gives mere entertainers billions, while 28 million of our fellow citizens have no healthcare, 40% don’t have enough savings for a $400 doctor or car repair bill. Oh, and then we have 500,000 Americans living in abject squalor under tarps under our freeways. No bathrooms. No running water. No electricity. But wait, basketball, football stars, and popular singers are paid billions.

Paul McCartney and LeBron James each have net worths in excess of a billion dollars – that is ‘B’ – Boy…billion. Nothing wrong with writing and singing pop music or shooting baskets from 40 feet, but how does that move us forward or help us care for the less fortunate? Perhaps it keeps us in a dream state so we don’t see the destruction of our country going on around us.

What if we rearranged our money so it went into education, healthcare, infrastructure, and out of mindless entertainment, fancy cars and bling-bling. What if the big money for college grads was not on Wall Street, but in education? What if we actually cared enough about our fellow Americans under those tarps, to allocate funds for the Corps of Army Engineers to build them permanent, inexpensive housing to get them out from under the freeways. Safety. Running water. Bathrooms. Showers.

Oh, no. That might be turning the safety net into a hammock.

What Have We Learned (Hopefully)?

When all this is behind us, perhaps we’ll rethink the value of a strong central government manned by people who know what the hell they are doing. Imagine if everything we have endured under three years of this Trump madness was the same except the president was Hillary Clinton – who actually knew something about government. Imagine running our country via science, technology, and expertise.

We now see that SO MANY things need to change. Top on my list would be that we finally dump the chaos of this for-profit healthcare system and institute a national healthcare system based on caring for our citizens, not how much money can be gouged out of our savings by those thieving insurance companies.

Love to hear what you think.

On my March 23 blog, I presented a video of Phase I of our new roof project. It involved removing the old roof and laying down a tar and gravel new roof. Here is Phase II.