October 11, 2014. Cal vs Washington. I was invited to attend this game in Berkeley with my neighbors and close friends, Marty Horowitz and Martha Cryan. We went early to watch the Cal band warm up before the game. The band came marching into Sproul Hall Plaza. The band was loud – like we were marching off to war. Then came the cheerleaders. I muscled my way to the front of the crowd, dropped to my knees with my 20mm wide angle lens and got this shot: 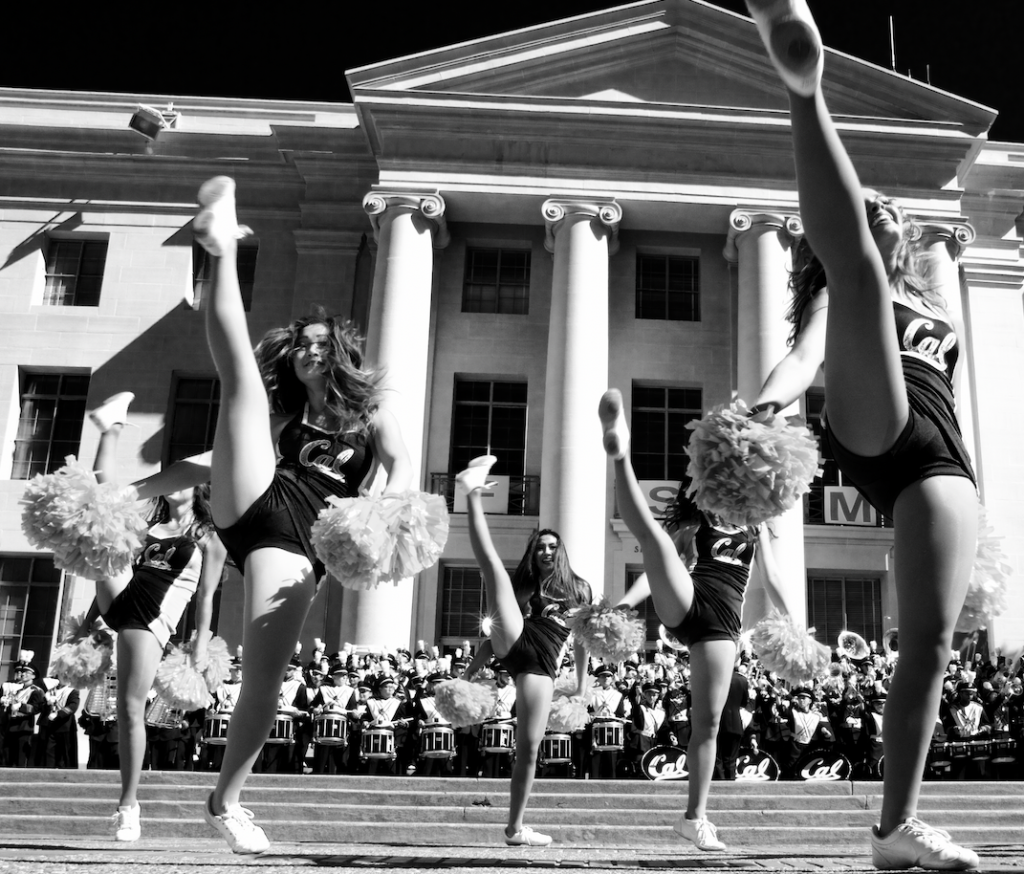 Wild hair flying. Smiles. Right legs high above their heads. I thought “What does it take for a young college woman to get to this spot?” They all must have been cheerleading stars in high school. They are gymnasts and unbelievably limber. Also, what I didn’t notice when I took the photo were the letters in the windows of Sproul Hall in the background: FSM (Free Speech Movement). Cal was celebrating the 50-year anniversary of this student movement that shut down the university in the fall of 1964. The irony of it all.

Fast forward to three months ago. I was hanging my new photo show on the wall of the Talk of Broadway restaurant in downtown Redwood City. I wanted to use the Cal photo to compliment a similar photo I had of the cheer leaders at Sequoia High School in RWC. 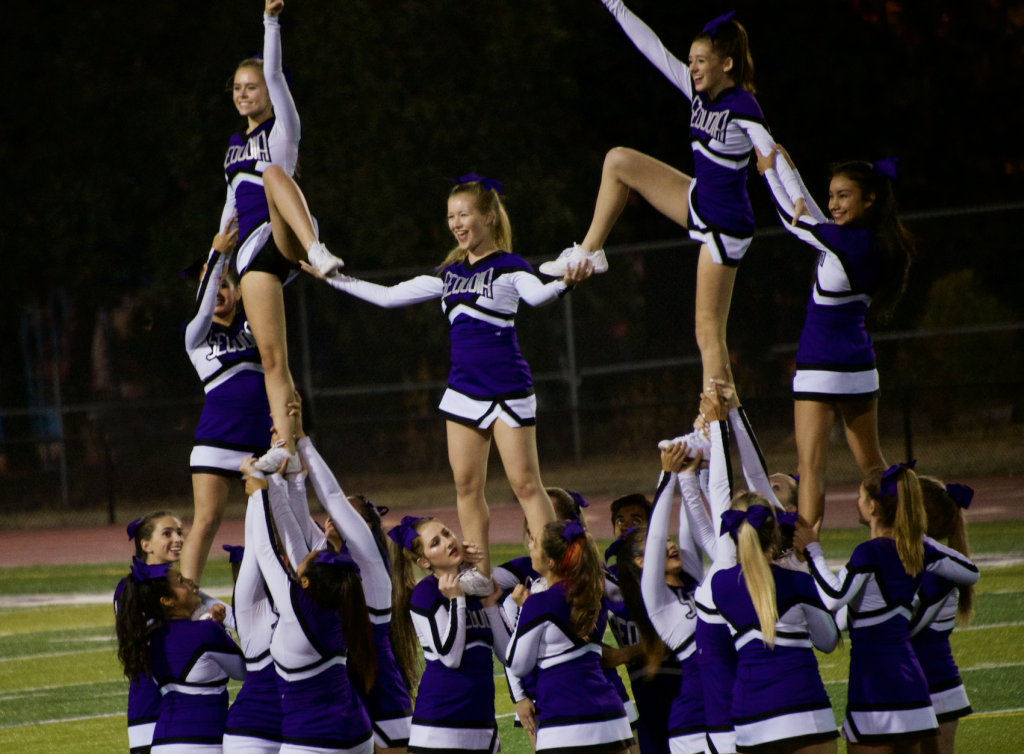 My daughter, Katy, taunted me, “Dad this is inappropriate. You are an old man taking pictures of scantily-clad young women. Gross.” I retorted that she didn’t understand that our Sequoia cheerleaders have won national awards for their routines, and that the Cal photo shows extraordinary gymnastic skill of these young women PLUS – the FSM sign in the background. Why is this weird? 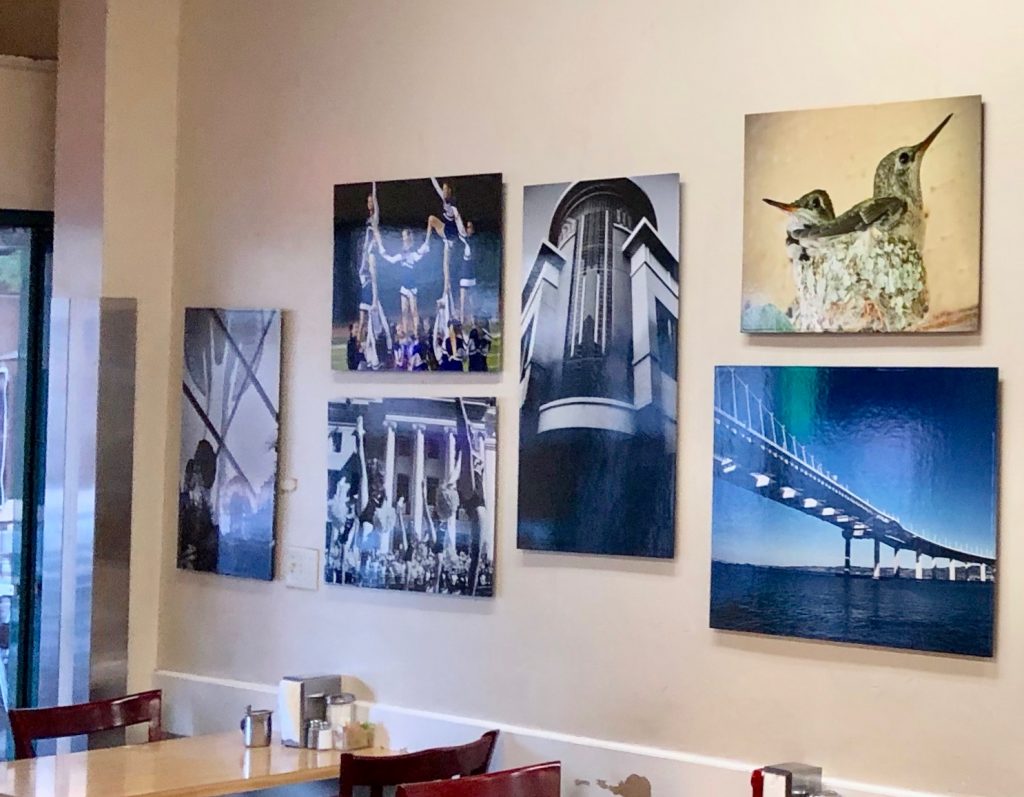 Sure enough, after the show had been up for a month, the restaurant’s owner, John Lee, told me he had complaints about the “crotch shot.” Seriously? People need to “get a life.” But, last thing I want is to compromise John and his restaurant. After all, I am honored to be allowed to decorate his wall. So, back to Bay Photo in Santa Cruz to get a replacement print. Turns out I had a recent photo of a Sequoia football game. Now the high school cheerleaders and player #17 grace the wall, and fortunately we are rid of the offending crotch shot. 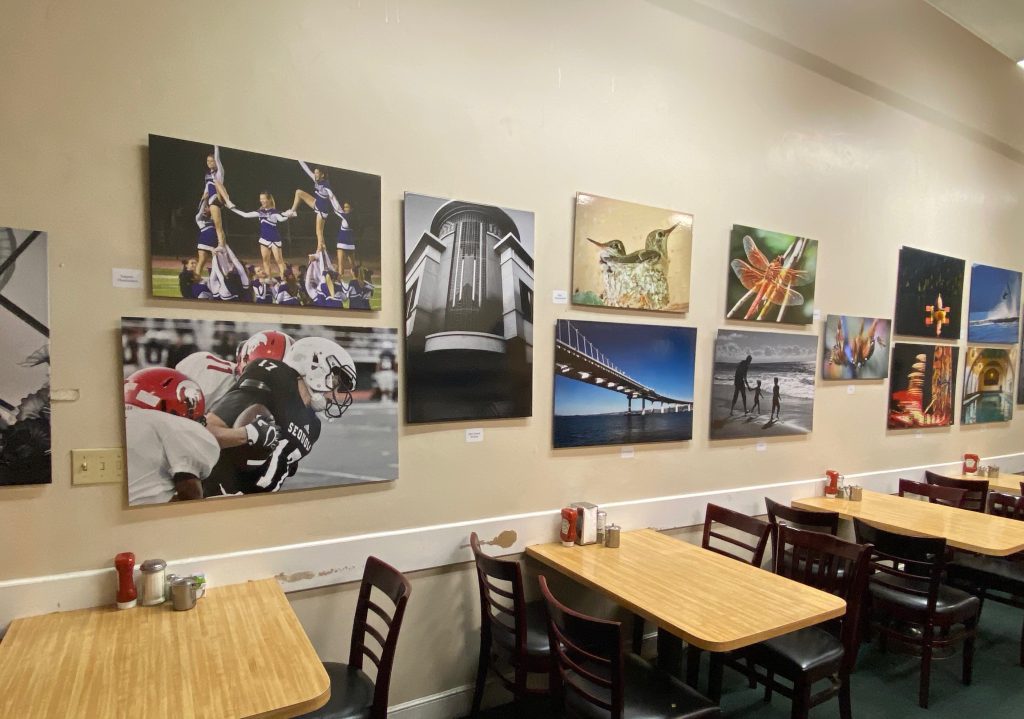 So, I leave it to you. Am I a photographic artistic genius, or a dirty old man? You tell me.

15 thoughts on “Seedy History of a Crotch Shot”