The Freedom From Religion Foundation had their annual convention this past weekend in San Francisco at the Hyatt Regency.

Close to 1,000 people attended. It was an older, mostly retired crowd. A bit on the “geeky” side, but fun. I talked to a former Baptist minister who lost his faith decades ago and gave up the pulpit, along with it his job, support community, and friends. Now living in Little Rock, AR, he keeps a low profile.

Another was a 60 year-old former Catholic who was in the middle of training to become a priest when, he said, it just didn’t make sense anymore. He came out as a gay man at the same time he left the church. Talk about a transition. Almost with a sense of longing, he said he never got sexually assaulted as an alter boy.

I met a couple who go to the Unitarian church, but don’t believe in God. It is all about community.

For most of the people I talked to, it was a slow process of realizing that religion was just plain goofy. Leaving their childhood religion was a gradual affair, rather than a big bang.

The roster of speakers was very impressive, including Salman Rushdie, comedian Julie Sweeney, and former Planned Parenthood president, Cecile Richards. Additionally, there were a number of politicians and attorneys who reported on how the battle is going to push this nation toward an acceptance of our secular nature as described in the Constitution.

Rep. Jared Hoffman (D-California) came out as an atheist during his last election, and it made no difference. He said there are more than 40 members of Congress who are atheists, but afraid to say so for fear of losing their jobs.

FFRF has a team of eleven lawyers and legal assistants who reported on the impressive victories they are having nation-wide in challenging “Church / State separation” issues. Crosses and Ten Commandments plaques on public buildings are coming down by the truckload. Ex: no more praying at Friday night high school football games. Students in public schools are free to pray on their own at school, but the teachers / coaches cannot command them to do so. Promoting a religion (virtually always, Christian) is unconstitutional. Also, Churches cannot be repaired or maintained with public funds.

A number of Muslims spoke about what it was like to leave Islam. Very dangerous! Such a move could cost them their lives. Here, we can give up our religion and all we lose is a job or a support community. In other countries, you or your family can be murdered for walking away.

While there was a lot of humor, I felt the overall message was doom and gloom. Some on the Christian right are flat-out fascists. One speaker called them the “Christian Taliban.” Symbolic of this extremism was an armed guard at the door all weekend.

Many speakers described a frightening outcome if Trump prevails in this midterm election. The tilt toward the right due to global warming and the consequent immigrant migration plus the billionaire class stealing our democracy out from under our noses, portends a different America than we grew up in.

One of the reasons I support FFRF is my observation that magical, primitive religious thinking makes humanity stupid and will drive us right off the cliff toward oblivion. We heard a lot this weekend about “reason.” There is a movement to take “In God We Trust” off our currency and replace it with “In Reason We Trust.” Don’t hold your breath. 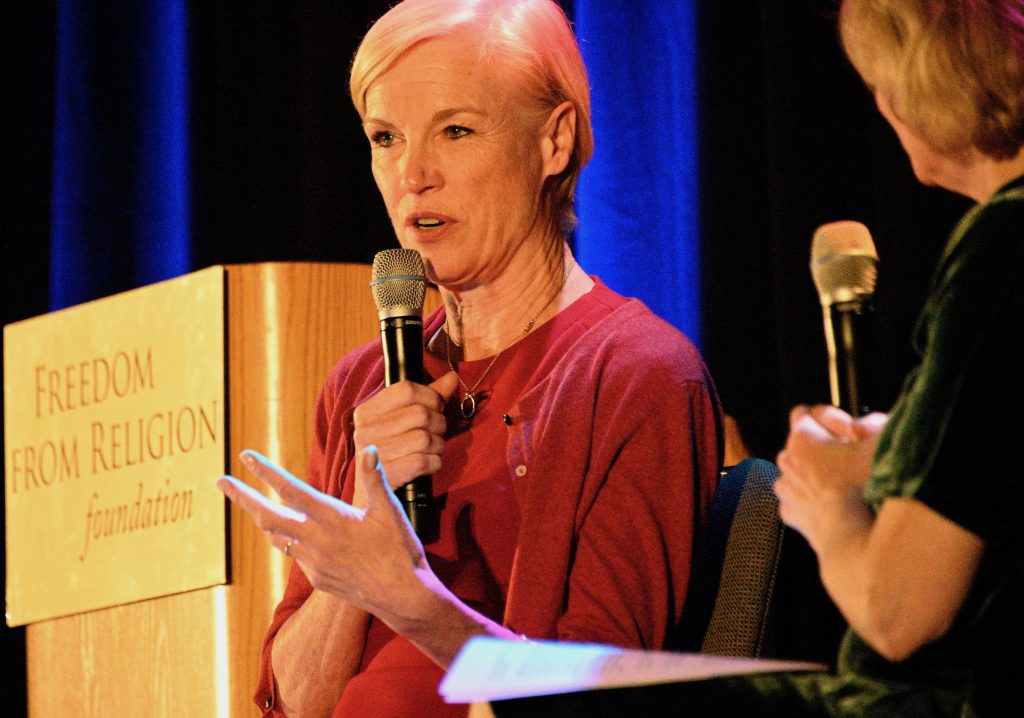 Cecile was the highlight for me. The daughter of former Texas Governor Ann Richards, and former president of Planned Parenthood, she stands for “radical” political and social concepts like feminism and equal rights. She said she longs for the day when one half of the Congress could get pregnant. 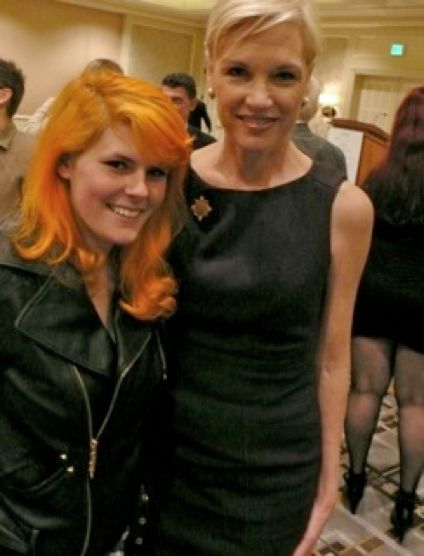 A few years ago, my daughter, Katy, and I met Cecile at a San Francisco State event . I reminded Cecile of that as she autographed her book for Katy. I videotaped it on my phone, 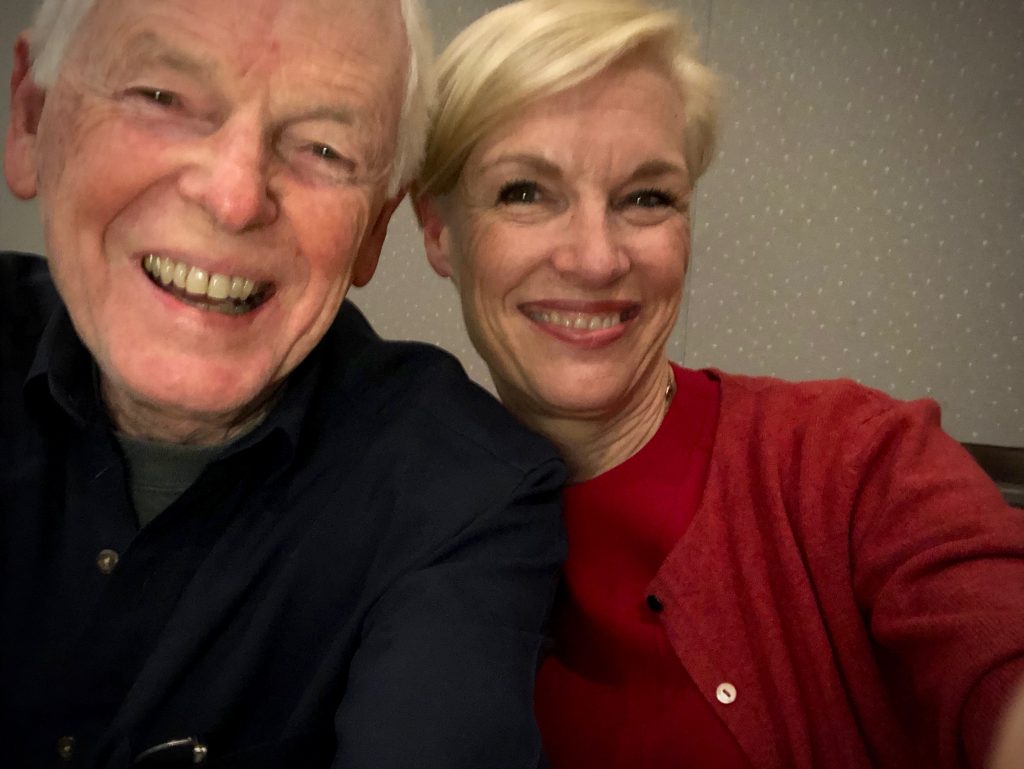 If you’d like to help bring an end to religion, check out FFRF.org.

Photos From the Weekend in The City

Oud player on The Embarcadero 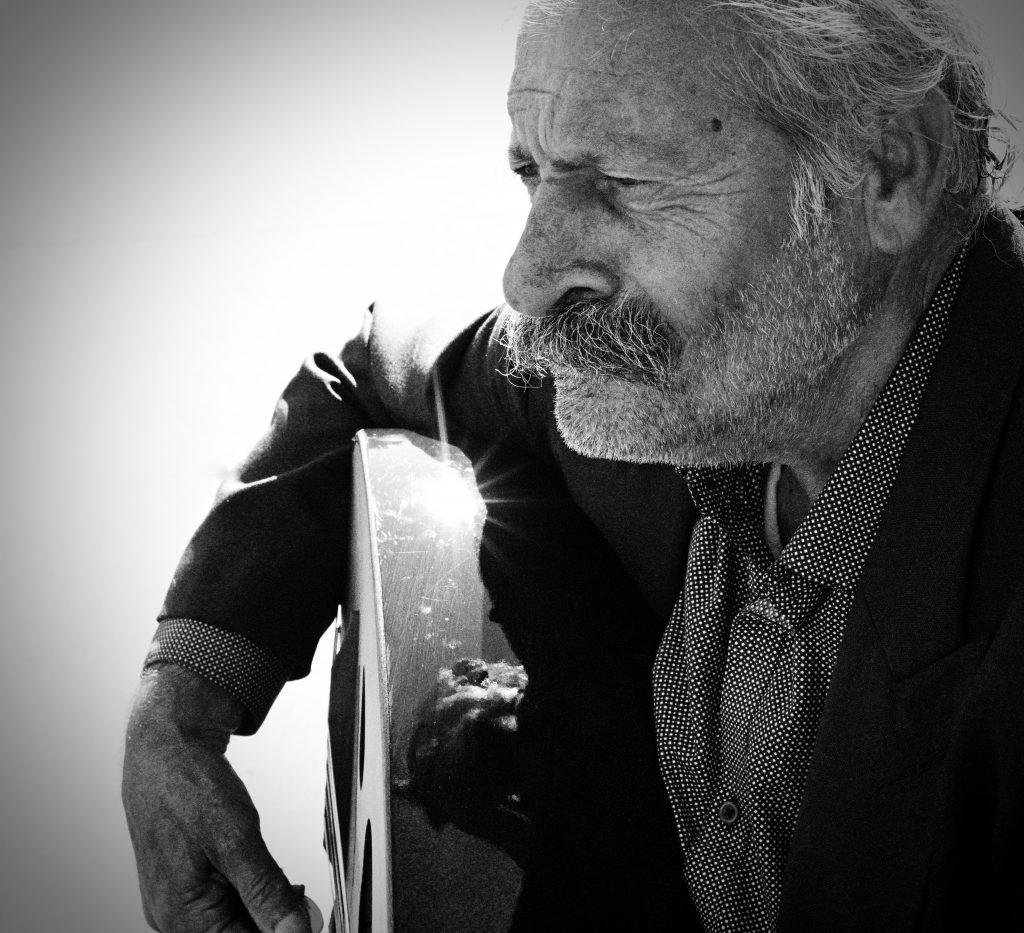 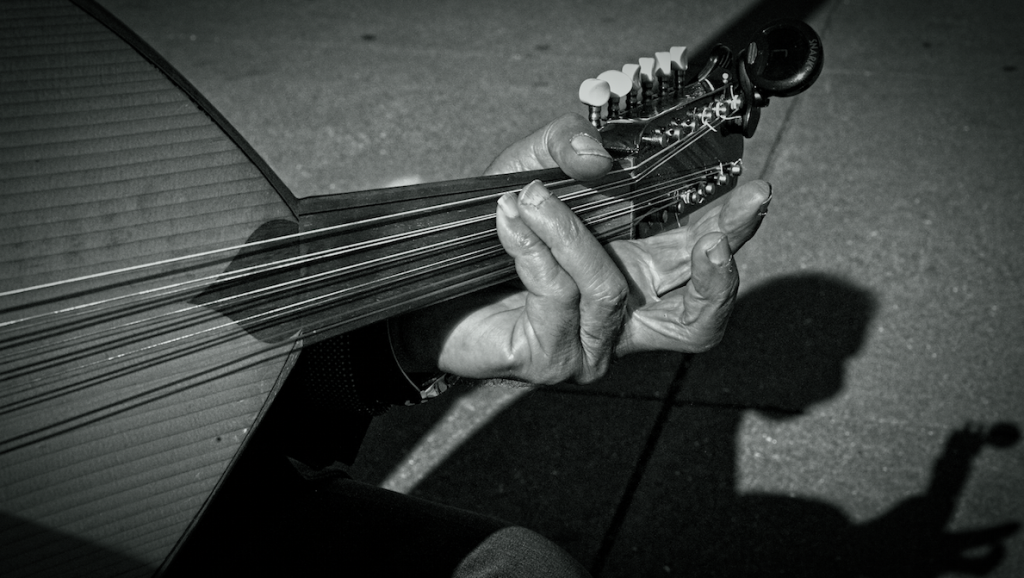 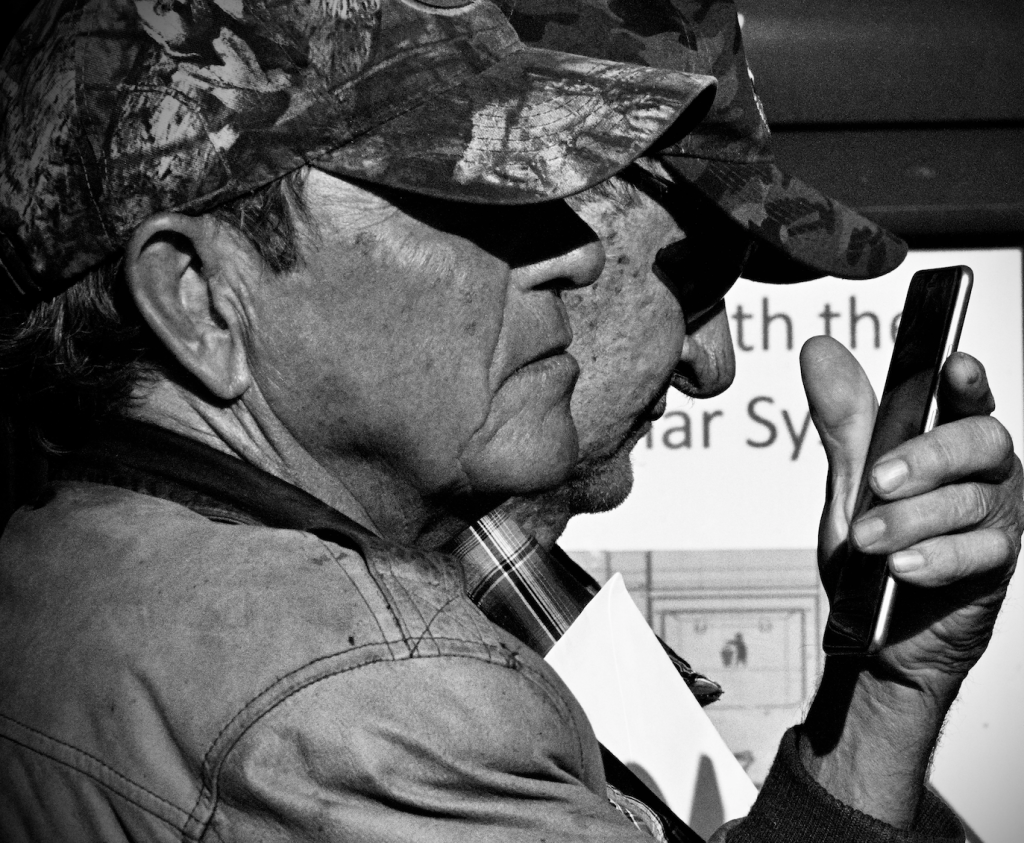 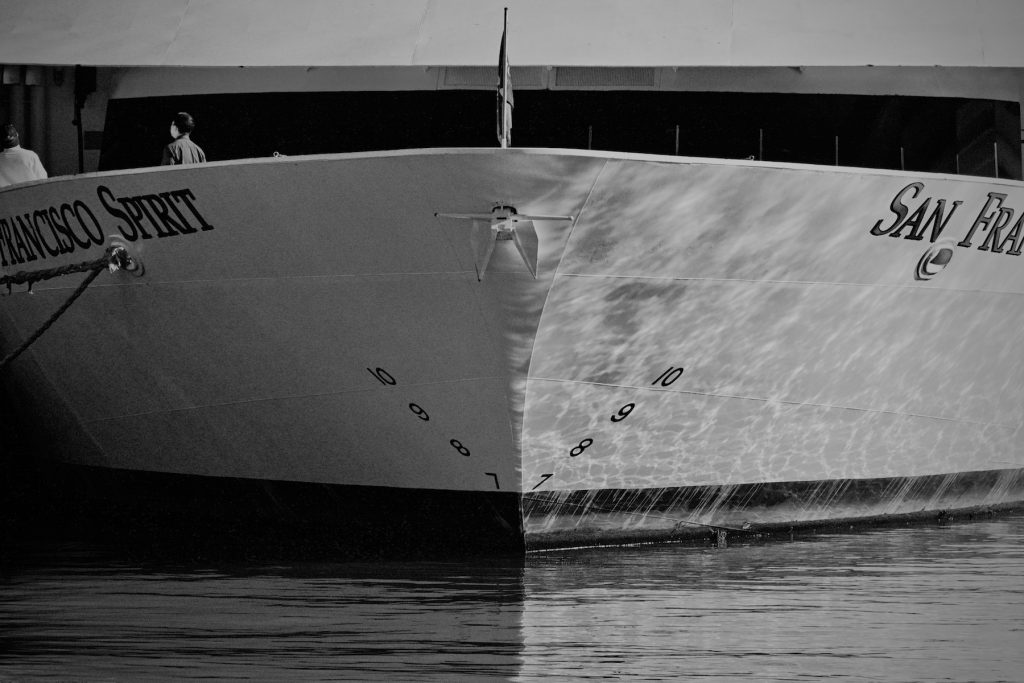 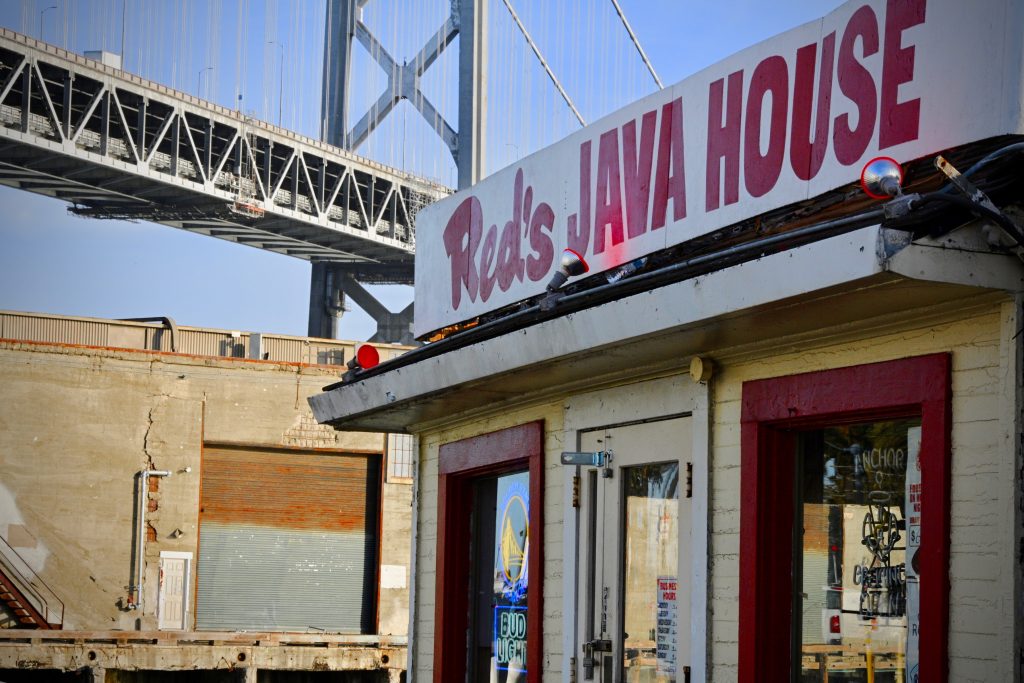 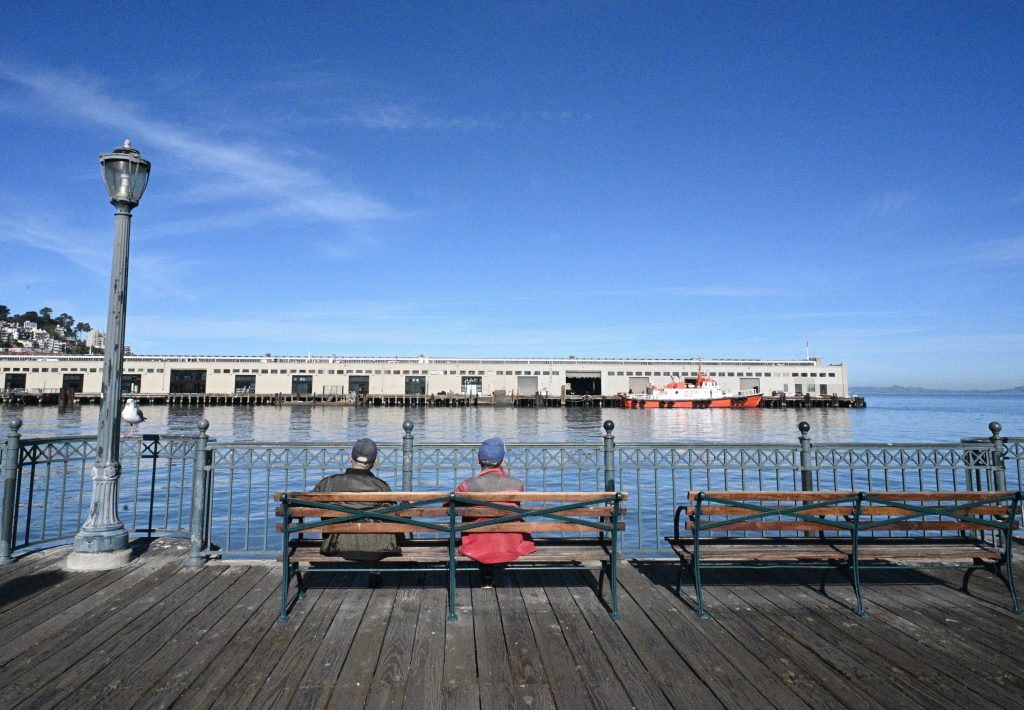 My next show will be on April 13,2019,  a Saturday afternoon, at the Dragon Theater in Redwood City.

Title:  PMS – 80.0  An afternoon of storytelling about Photography, Music, and Sex from

the memory banks of an 80 year old man.

New Book in the Works 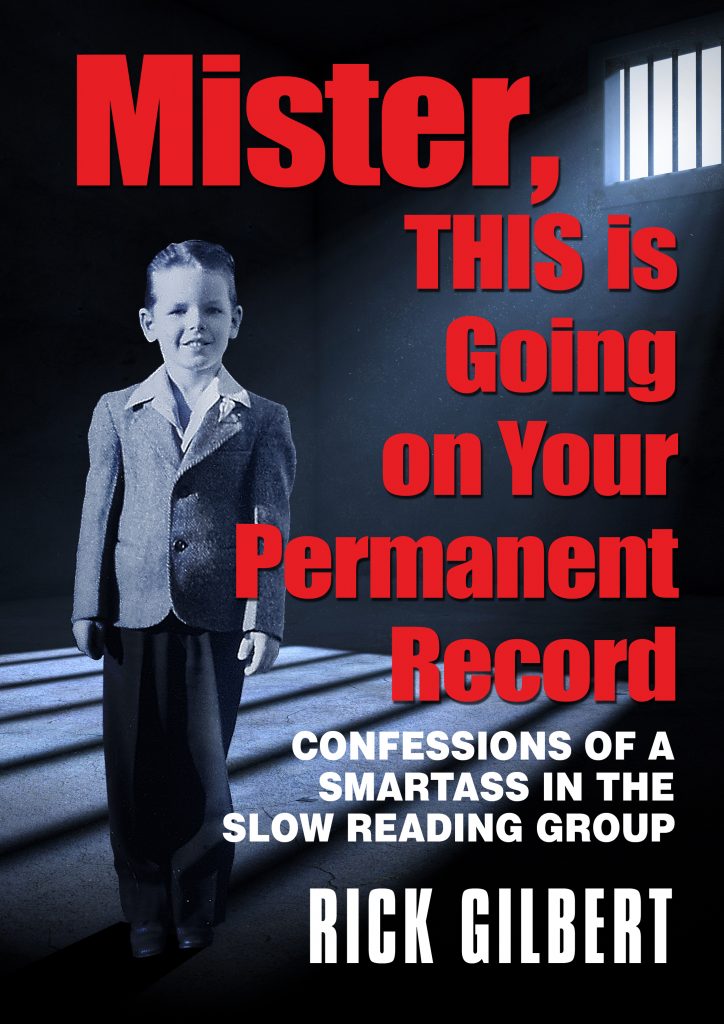 3 thoughts on “An Atheist Weekend”