One warm October afternoon in 1966 I shot a roll of B&W film of a Janis Joplin Golden Gate Park free concert. It was before she hit the big time. There was no security, so I got up close. Here, from the San Jose Mercury, (October 27, 2001) is  what happened. 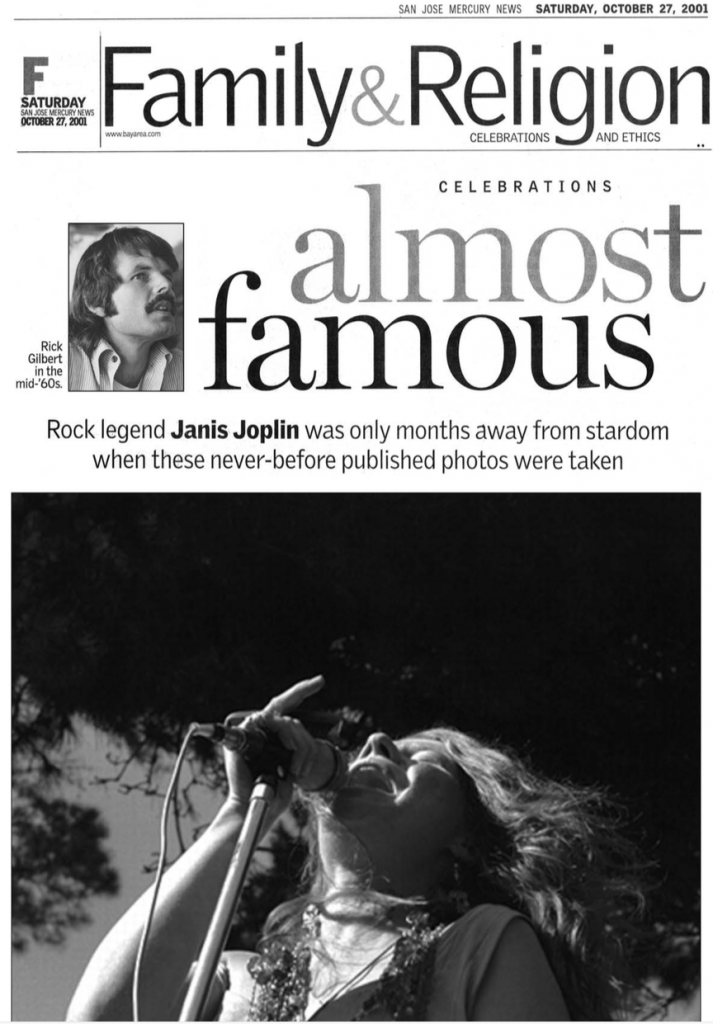 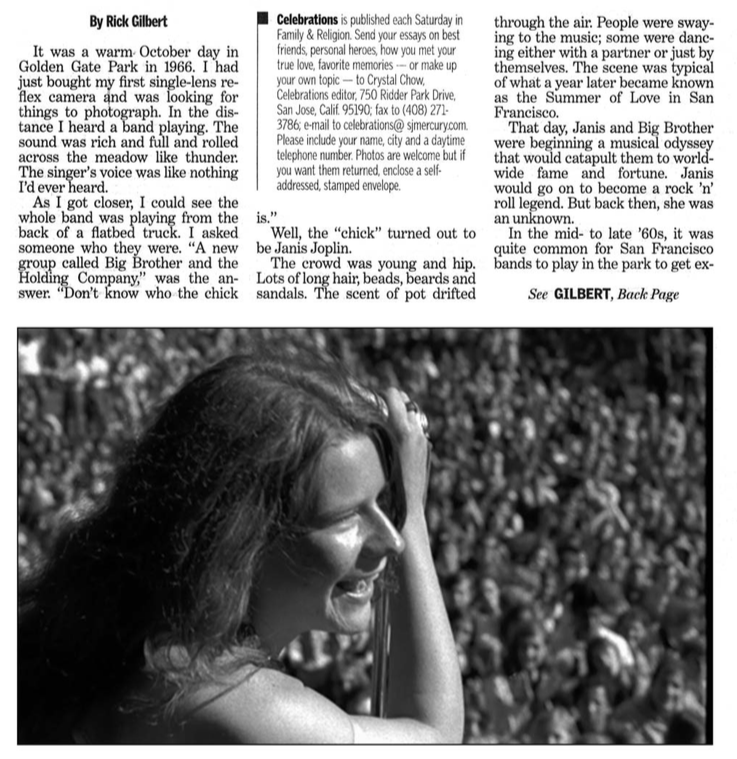 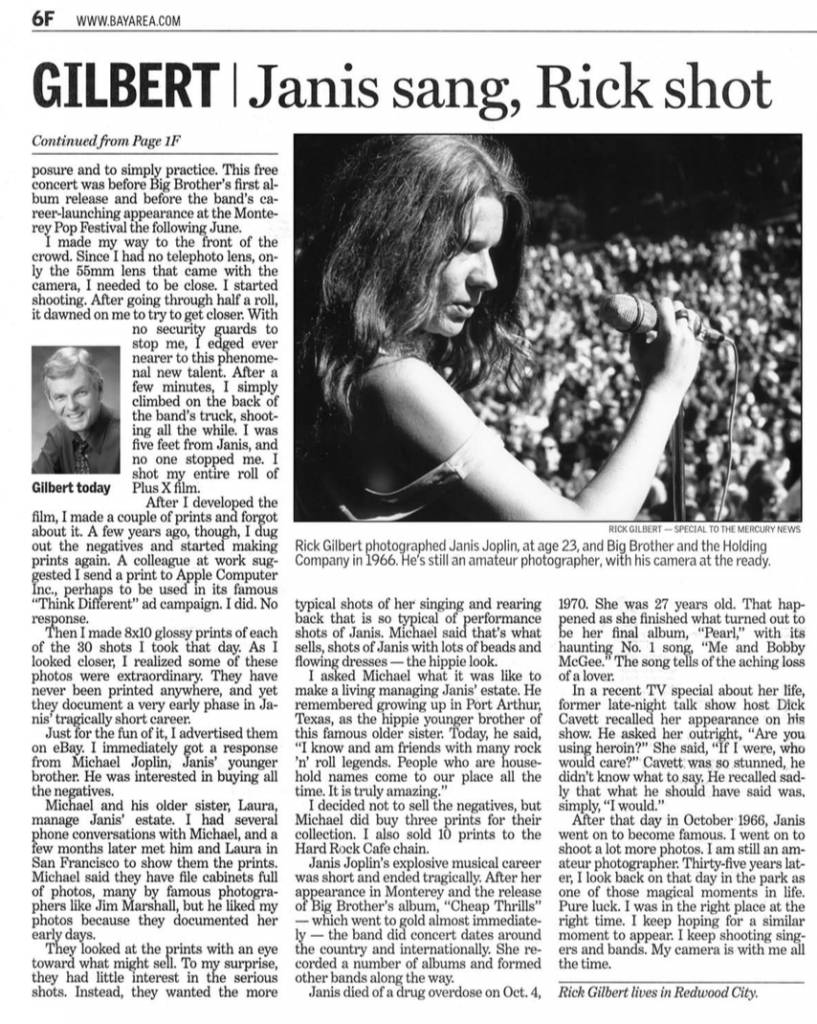 One thought on “An Afternoon With Janis Joplin”