Re “A Gift For Donald Trump.”

I’m a huge fan of David Brooks, but his Friday column (2/10/17) about what he would give to President Trump to make him more effective misses the mark. He suggests Mr. Trump would do better if he had the gift of “fraternity,” i.e. the ability to depend on and work with others.

Donald Trump’s massively low self-esteem comes from the way his father rejected him as a child, even sending him away to boarding school. Mr. Trump seems to always be trying to get daddy’s love and approval, hence all the talk about how much people like him and how big his rallies are. Note to Mr. Trump: “Daddy is gone and the approval you yearn for is never coming.”

These childhood traumas stay with us forever. I doubt Donald Trump will ever have the “transformation of the heart,” Mr. Brooks hopes for.

In “Citizen Kane,” the dying Charles Foster Kane’s last word was “Rosebud,” the name of his favorite toy sled he was playing with when he was ripped away from his childhood home. Watching poor Mr. Trump make a mess of almost everything, I see a boy trying so hard to regain what he lost, his daddy’s love.

The only way we can get out of this mess is to remove this eight-year-old from office. 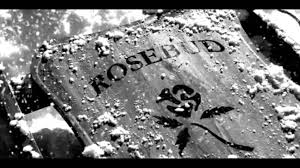 One thought on “My Letter To The New York Times”