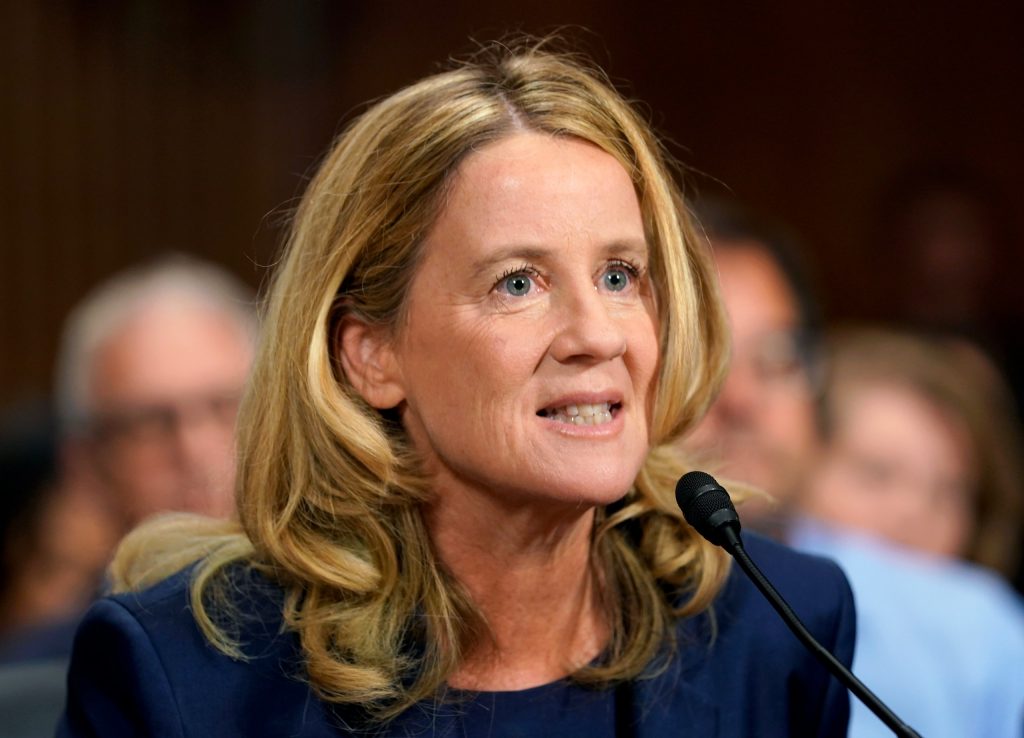 Last Thursday morning, my daughter, Katy, sat on the sofa with her mother watching an American hero, Christine Blasey Ford relive a terrifying event from her childhood on national television. Tears were streaming down Katy’s cheeks. She was being “triggered.” Like two-thirds of American women, Katy has endured sexual assaults in her lifetime. Turns out, so has her mother, Mary.

Based on the past week, I have three predictions:

1) Judge Kavanaugh will not be confirmed.

His toddler-like tantrum behavior on national television, laced with deep partisan hatred and paranoia revealed him to be exquisitely unqualified for the Supreme Court, and, I would argue, even for his current job on the DC bench.

As a member of the blue-blood, Ivy League aristocracy, he feels entitled to this position. It must frost his balls to have this nerdy, Holton Arms School little bitch torpedo his career.

This is about so much more than just sexual abuse. It is also about the entitled elites who run this country. It is also about power shifting away from old, rich, elite, white men. (I’m imagining an angry conversation over lunch at country clubs around the country: “Goddamn it, see what happens when we give the vote to women, the poor, and people of color?”)

The Power Elite is a 1956 book by sociologist C. Wright Mills, in which Mills calls attention to the interwoven interests of the leaders of the military, corporate, and political elements of society and suggests that the ordinary citizen is a relatively powerless subject of manipulation by those entities.

2) Dr. Ford’s career as a professor is over.

We will soon see bumper stickers: “I believe Dr. Ford.” We will begin seeing her image at political rallies. She is the new American feminist hero. Not because she is smooth and well-spoken. No. She was, in fact, so nervous I worried that she would not be able to continue. (I kept thinking of Emma Gonzalez  from Marjory Stoneman Douglas High School crying and yelling at anti-gun rallies, “We call BS!”)

But Ford’s very nerdiness and vulnerability are what makes her credible. Her value to the country, to the #MeToo movement, and to feminists vastly exceeds what she can contribute as a professor. I just wonder if she might become elevated to some national leadership position just like Gloria Steinem or Rosa Parks.

Control of the Senate and the House will return to the Dems. (No prediction about whether they will try to impeach Trump). This shift in power will give the Democrats much more control over who fills Justice Kennedy’s seat on the Court.

There are at least three heroes in this story so far: Dr. Ford, Senator Jeff Flake, and the young women near the elevator – especially Maria Gallagher, who kept yelling at Flake, “You look at me when I’m talking to you. (crying, voice trembling with anger). Look me in the eye and tell me it doesn’t matter what happened to me!”

After this confrontation, Flake returned to the hearing room, then got up and headed for the door. As he passed his old friend Senator Coons, a Democrat, he made the slightest motion for him to come along. They conferred for 45 minutes. When Flake returned, he suggested the FBI investigation and a week-long delay.

Friday night, washing dishes and watching Lawrence O’Donnell on MSNBC I started crying. I kept thinking about JFK’s book Profiles in Courage. Do we actually have a moment when some one is standing up, crossing the aisle and doing the right thing? We may be witnessing a moment that will change history.

Hats off to those women and hats off to Jeff Flake.

In last week’s blog, I pointed out a number of communication skills that would help to make Dr. Ford and Judge Kavanaugh believable. I suggested that how they manage those skills would determine their effectiveness.

All that is true. BUT, what we saw on Thursday is why raw passion carries the day. When someone is on fire with a message (Kavanaugh’s anger) or terrified to tell her story (Ford’s tentativeness), credibility and believability come through. In fact, often the “effective” public speaking style issues like gestures, eye contact, vocal control, etc., may decrease credibility because they may make the speaker look rehearsed and phony. No one has said for a moment that Dr. Ford looked rehearsed or phony.

In the court of public opinion, both speakers were effective. She persuaded us about her pain and why she is 100% confident it was him, even though details have dropped away. He was effective in letting us know how unfairly he thinks he has been treated and how angry he is at the left. Red meat for Trump’s base.

Dr. Ford has been criticized for her lack of recall about the details. Here we can turn to the research of James McGaugh at U.C. Irvine. His work on the neurophysiology of memory completely supports Ford’s story. When we have emotional, traumatic experiences, the brain is flooded with chemicals, especially epinephrine and norepinephrine, which McGaugh calls “memory fixatives.” Think of where you were when Kennedy was assassinated, or when 9/11 happened. Now think about any emotionally important event in your life, like: the first time you drove a car, your first sexual experience, when you graduated or were recognized for some big award, or when you heard of the death of a loved one.

Often with such experiences we remember the people who were there, even the room we were in, but the date? the address of the house? what we were wearing? Who knows? It is the traumatic part we remember, not the details. For Dr. Ford to be vague on the address of the house or the exact date – perfectly understandable. The face of the man who held her down, perhaps trying to rape her? Etched in memory forever.

Some time in the early 1960s, driving at the corner of San Pablo and University Avenue in Berkeley, suddenly in my rearview mirror, I saw a police car careening around the corner with lights blazing. I pulled over. Then BOTH doors of the police car flew open and the officers rushed my car. Instinctively, I kept my hands on the steering wheel in full view. One cop yanked open the passenger- side door and thrust his police .38 revolver in my face. I froze. In a moment, he relaxed, put his gun down and yelled at his partner, “Never mind. Wrong guy.” He looked at me, “Sorry buddy.”

I cannot tell you what the date was, or what time of year, or even if it was AM or PM. But I do remember the intensity of how the cops ran toward my car and the gun in my face.

Sigmund Freud said that painful, traumatic memories get “repressed” deep into our psyches. McGaugh says just the opposite. We often cannot stop thinking about that event. People who work with victims of PTSD, try to help them to forget, since the memory is not repressed. It is with them constantly. Apparently, this is what Dr. Ford is going through.

The nation will watch this week to see what happens with the FBI investigation. Maybe they will dig up evidence to support her story. Or, maybe not. In any event, Kavanaugh’s future is tainted. He clearly does not have the temperament to serve on the Supreme Court. Dr. Ford’s future, in the court of public opinion, though, is bright. She has become a symbol for abuse victims across the country. The momentum is growing.

Early in his thinking, Freud believed the “hysterical” Victorian women he was seeing, were imagining sexual abuse at the hands of relatives, including their fathers, because unconsciously that is what they wanted. Later in his career, he came to realize the stories these women were telling him were true.

And so, the beat goes on.

With luck, future generations of women won’t be easily “triggered” because they will not have been sexually abused.

Perhaps heroes like Maria Gallagher, Jeff Flake, and Dr. Ford can help to reverse this backward slide our nation is seeing driven by the Trump administration and his base.

From the Monterey Jazz Festival, 2018

My 2015 interview with Katie 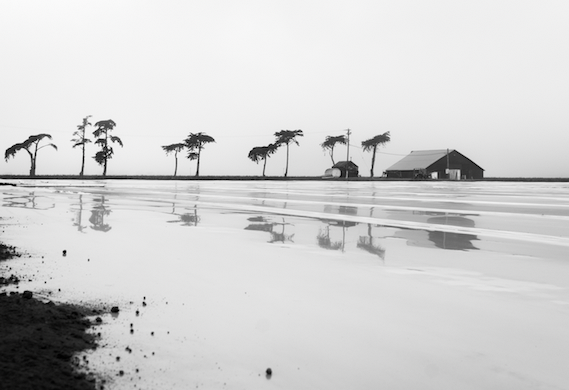