If you are under 60, or not into jazz, you may not know the name, Jon Hendricks. To jazz lovers, his name is legend. Lambert, Hendricks and Ross won best Down Beat vocal group every year from 1959 to 1963. 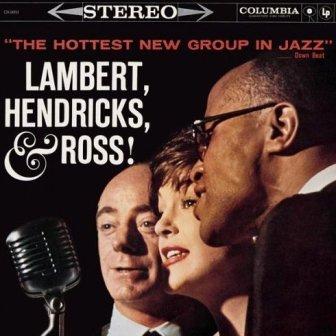 His death last week at 96 was a blow to jazz fans everywhere. He was a gentle, gracious, light-hearted person. Easy to talk to. Full of great stories. I met Jon four times over the years, each was unforgettable.

Jon told me he began singing in church. He went on to learn from one of jazz music’s greatest pianists, Art Tatum, who lived a few blocks away in Toledo, OH. By 14, Jon was going to Tatum’s house to learn the skills that ultimately made his career. He called it “vocalese.” As Tatum played, he urged Jon to sing along with the piano. What a start to a musical career!

Jon also believed there are just two kinds of musicians: singers and dancers. The reed and horn players are the singers. The percussionists are the dancers.

I first met Jon in NYC in 1964. Sitting on a friend’s fire escape on a lazy Sunday afternoon in Greenwich Village, we heard music from across the block that sounded just like Lambert, Hendricks, and Ross. We hurried around the block and knocked on the door. Sure enough, there was the legendary Jon Hendricks. He welcomed us in and we chatted about his music for about 15 minutes.

I met him again in 1975, when I interviewed him and his wife, Judith, at their Mill Valley home for my dissertation research. He reflected on how being in the military in WW II caused the races to begin to understand each other:

During World War II, everybody in this country began to understand and get to know each other. I met guys in the army, 19 and 20 years old, who had never known a Negro person in their lives. When you get to know somebody, you get to know their music, their attitudes, their ideas. Like the manners of dress, speech, and music that we had, the white people took. In return, they gave us their desire to achieve, their desire to get an education. We interchanged all those things. Once you hear peoples’ music, you start looking at them like other human beings. That’s what we see happening now (1973).

In 2003 I saw Jon, by himself, at SFO returning home after a wildly successful performance at the Monterey Jazz Festival (where I took these photos). The night of his show was his 82nd birthday. 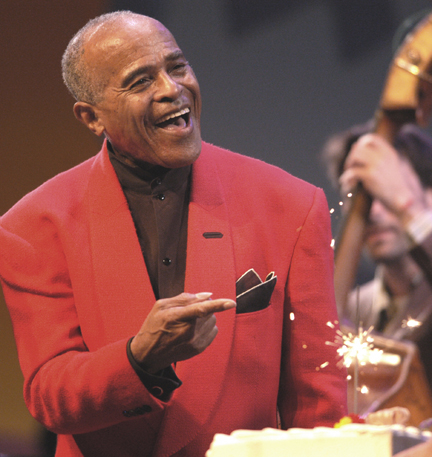 The musicians brought out a birthday cake and all 3,000 fans in the arena stood up and sang “Happy Birthday” to Jon. Many were crying, including me.

I reintroduced myself and helped him with his luggage. As we waited in line, he told me a story I will never forget:

Years ago I went backstage during the intermission at a Duke Ellington concert to say hello. Duke said, “Why don’t you do a song when we come back after the intermission?” I asked, “What should I sing?” Duke said, “Whatever you like.” When the curtain went up, I was introduced, and with no rehearsal or even an announcement to the orchestra, I started singing “A Foggy Day in London Town,” not an Ellington standard.   “In three notes the entire orchestra was right with me. You see, when you are singing with the world’s best jazz musicians, they know all the charts. You don’t need a lot of rehearsal.

On my book tour in 2013, I stopped off in Toledo, OH where Jon and Judith lived. Working through Jon’s agent, I was able to schedule a dinner with them. 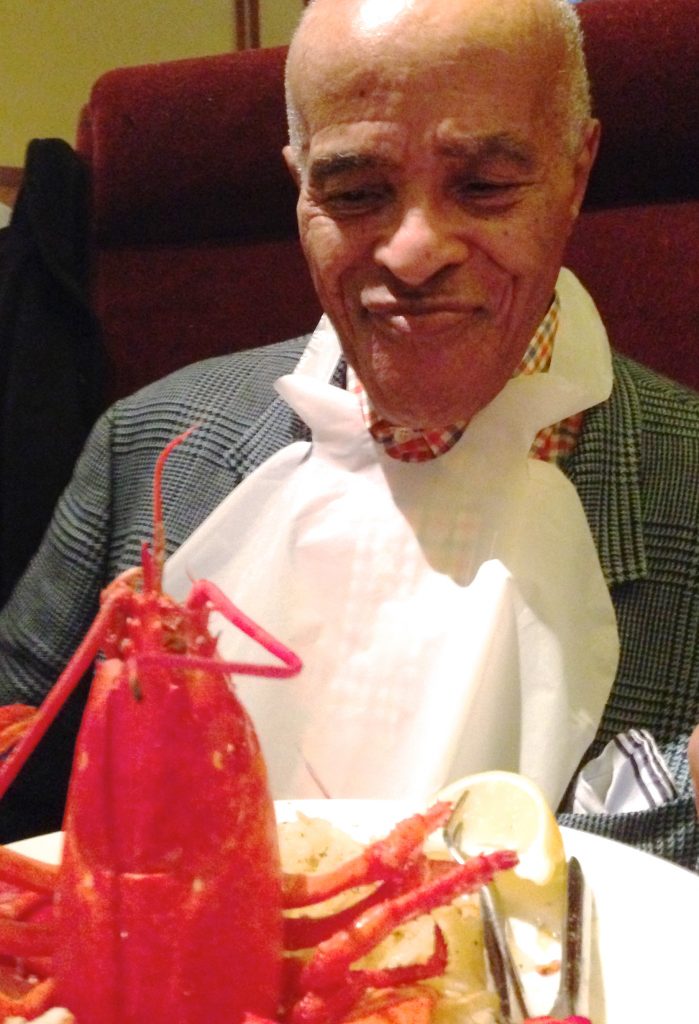 After dinner, we went back to my hotel room where I interviewed them. It was the highlight of my trip. Here was Jon Hendricks, a legend in jazz, and someone I’d admired for five decades, sitting in my hotel room being interviewed on my iPhone. He told the story of meeting Judith and of recording with Dave Brubeck. Judith’s version of their first date is both touching and hilarious. 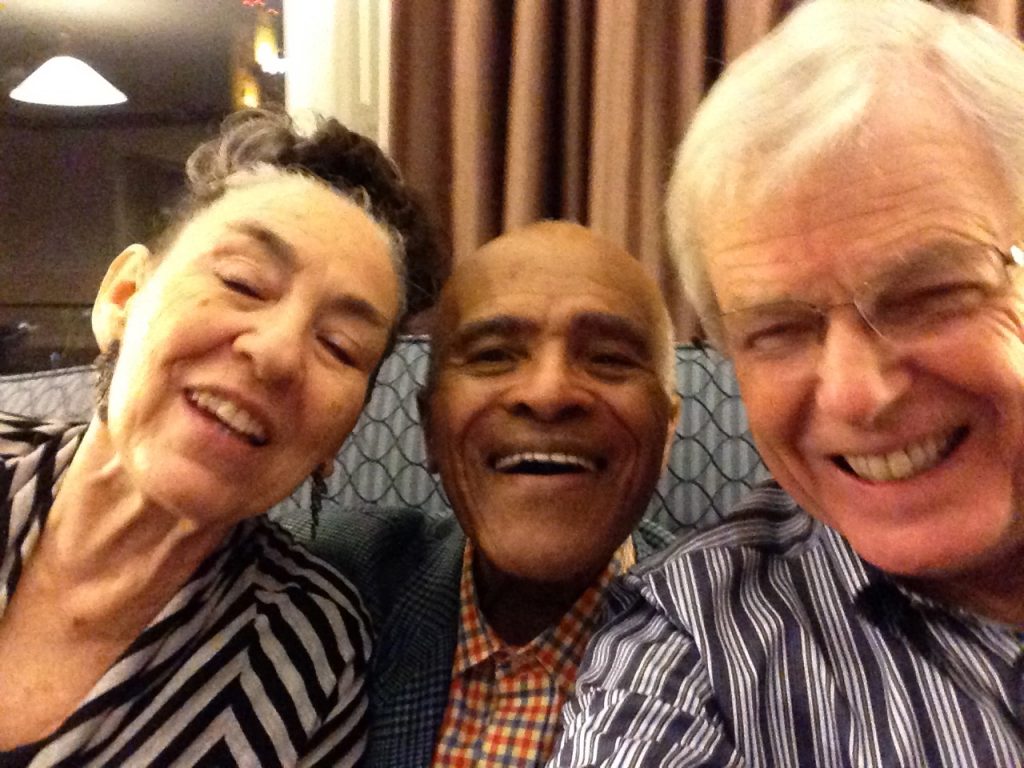 Here are the interviews:

Jon Hendricks (and Judith who died in 2015) will be loving memories for millions. The world has lost a great musician and a fabulous human being.